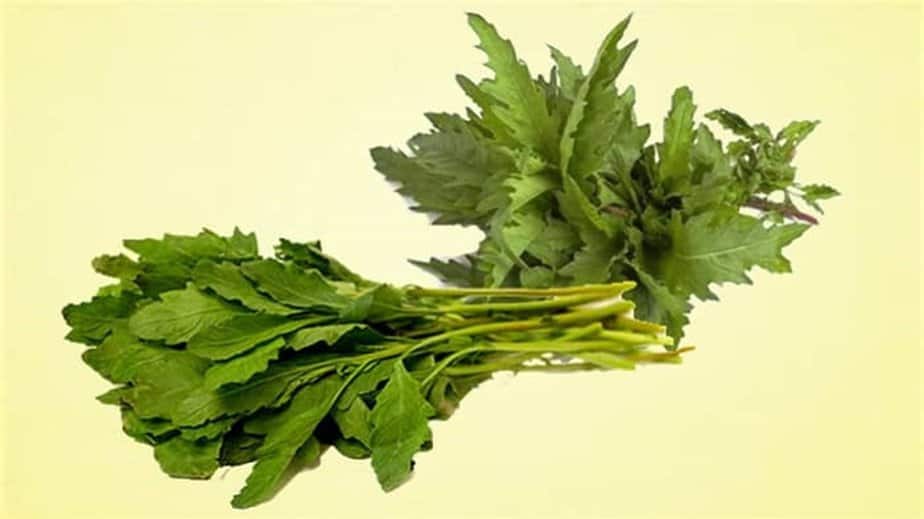 There is nothing better than epazote for seasoning frijoles de la olla (pot beans). Stews and rustic dishes made with mushrooms or corn taste great when a few sprigs of epazote are added to them. Similarly, don’t miss out on this herb inside a quesadilla made with corn tortillas in Mexican cuisine.

What should I do if I don’t have epazote to use in a quesadilla? What can I use in place of epazote?  This article reveals the best epazote substitute to use in your dishes, and also explains a little about its flavor profile and uses.

TABLE OF CONTENTS
What is epazote?
Best substitutes for epazote

Epazote (pronounced eh-pah-ZOH-teh) is an aromatic herb native to Central America. This leafy annual plant has been grown for centuries for culinary and medicinal purposes.

The word “epazote” derives from Nahuatl, the language spoken by the Mexican Aztecs who lived in Central Mexico.

A literal translation of the word epazote in English means “stinky sweat” (the taste isn’t as bad as the meaning!).

In English, epazote is known by different names, like goosefoot, skunk weed, wormseed, or Mexican tea.

The leaves and tender stems of this unique herb are commonly used in the cuisines and traditional herbal medicines of Mexico and Guatemala.

This herb is a flavorful addition to soups and stews, also commonly used in bean dishes as it can prevent the gaseous effects of black beans and others. As an herb, it is suitable for gluten-free, vegetarian, vegan, and paleo diets.

Where can I buy epazote? Fresh or dried epazote leaves can be bought from Mexican grocery stores. If you can’t get it in your area, then use an epazote substitute that we have listed in this article.

Epazote has a strong aroma and taste, so not everyone loves it. The herb adds a pungent, earthy flavor to food with a subtle taste of anise.

Some feel the pungent taste of epazote is medicinal, and others say it smells like gasoline or kerosene. After all, the taste of any food won’t be equally appealing to everyone.

On the whole, this leafy herb has a complex flavor mixture of other herbs and spices like anise, oregano, mint, and even creosote.

Fresher, older leaves have the most flavor and aroma, but dried epazote leaves have a much-reduced flavor.

How is epazote used in cooking?

The epazote leaves are not suitable for long, high-flame cooking because their flavor compounds can’t withstand high heat. Therefore, add this herb to your dish near the end of cooking.

In Mexican cooking, epazote is often used in beans and cruciferous vegetables, for it helps prevent bloating and gas caused by them. Use epazote in scrambled eggs, moles, cream sauces, corn, and tea.

This herb is excellent for flavoring soups, stews, mushrooms, corn, and other vegetable dishes.

Epazote is a herb that is rarely used outside Mexico and Guatemala; thus, you may not find it in other parts of the world. Some don’t enjoy the strong aroma and pungent flavor of this leafy vegetable.

Don’t have epazote on hand? So if you need an epazote substitute, consider one of the following replacement options listed below:

Moderately pungent cilantro with slight citrusy notes has some similarity to epazote.  It’s one of those ingredients that doesn’t make or break the dish.

This popular leafy vegetable is similar to epazote, and it can easily be integrated into any recipe that calls for epazote.

The easy availability of fresh or dried cilantro makes it an easy herb to use as a substitute for epazote.

Note, cilantro does not have the carminative effect of epazote, and thus it can’t be used for dealing with stomach bloating issues related to beans and cruciferous veggies.

Use cilantro in your recipes in a 1:1 ratio to replace epazote. You can also use a cilantro substitute if any of them fits into your recipe.

Fennel and epazote exhibit a strong licorice flavor that gives them some similarity in flavor. Those who do not like the strong aroma and pungent flavor of epazote can take solace in the less aggressive and pleasant flavor of fennel. Finally, what makes fennel a good substitute for epazote is its carminative effects. Use fennel as a 1:1 epazote substitute or according to your taste preferences.

Papalo and epazote have a significant difference in flavor, but papalo goes well with most dishes that call for epazote. Papalo is somewhat bitter with subtle citrus notes, a cross between arugula and cilantro.

Just like epazote, use papalo in your dish toward the end of cooking to protect its flavor. It’s best to use young papalo leaves, as the mature ones can be overwhelmingly bitter. This herb is commonly available in Mexican grocery shops.

As a substitution, use as much papalo as just half the epazote required in your recipe.

The main flavor of Mexican oregano is different from epazote, but they both have commonness in citrus notes with licorice undertones. This herb is an excellent savory seasoning that works well in most recipes that call for epazote, particularly in salsa, soups, or chili con carne.

Some chefs recommend adding a little boldo to enhance the bitterness of oregano to the level of epazote. As a substitute, use Mexican oregano in the same quantity as the epazote required in your recipe.

Summer savory, with its hot, peppery flavor, is a wonderful addition to any spicy dish. Despite being different in taste, the versatile summer savory is a manageable alternative to epazote in soups and bean dishes.

Use fresh summer savory in your dishes in equal amounts as epazote is required in your dish. See if any of the substitutes for savory would work for your recipe.

The mild citrus flavor of epazote gives it some similarity to lemon verbena which is entirely a lemony herb. Lemon verbena tastes pleasant and gives a lemony flavor to any dish. In fact, it has a more appealing flavor than epazote. In a pinch, use lemon verbena as a substitute for epazote, especially in salsa, soups, and sauces.

Coriander has an earthy, citrusy flavor, and it works great in both sweet and savory dishes. Coriander is a versatile herb that can be used in many different dishes. You’ll find coriander leaves and seeds as common ingredients in a wide variety of Indian and Thai dishes.

Parsley leaves have a mild and pleasant flavor compared to the pungent bitterness of epazote. Parsley is a great option for those who enjoy mild flavors. Use flat-leaf parsley in equal or slightly more quantities than the former. Use them towards the end of cooking for better taste.

Culantro is another herb that makes a good alternative to epazote. It’s also mostly used in Mexican cooking. This lustrous leaf vegetable has a similar citrusy, bitter flavor, but is stronger than cilantro. Use culantro in slow-cooked dishes for a better flavor. Use this leafy herb in less quantity, or else its strong flavors can overpower the final product.