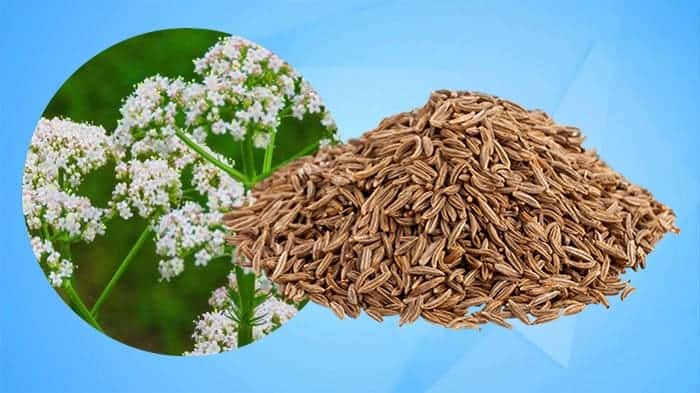 Anise seeds, leaves, and stems have been in use for centuries as a flavoring ingredient in liqueurs and baked goods. Its popularity continues to grow with several innovative ways of using them for flavoring cocktails and adding depth and warmth to seafood and meat.

This article explains the best anise seed substitute to use in a pinch, also a little about its flavor, use, and other features.

TABLE OF CONTENTS
What Is Anise?
What’s A Good Anise Seed Substitute?

Anise (Pimpinella anisum) is a flowering plant in the family of Apiaceae. This herb is also known as aniseed or rarely in names like anix, anis, sweet cumin, or pinella. In Hindi anise is known as saunf.

Aniseed belongs to the same family as carrots, celery, and parsley. Originally, this plant is native to the Mediterranean and Southwest Asia. But now it’s widely cultivated in several regions across the world.

The fruit of this plant is known as anise seed which is used as a spice, either ground or whole. The seeds are small, brownish-gray, with an aroma of licorice.

Buying: Buy anise seeds from the spice section of the supermarket or online vendors. If they aren’t available in your area, you can still manage your dish with an anise seed substitute.

Storage: Whole or ground anise seeds must be stored in an air-tight container and kept in a dark, cool place for the best shelf life. Whole seeds can be preserved for up to three to four years.

Benefits: Both anise leaves and seeds are known for their powerful health-promoting properties, and are commonly used as a natural remedy for many common ailments.

Anise has a distinct licorice-like flavor that is sweet and slightly spicy. This herb has a sweet, green aroma that is akin to fennel and licorice.

Anethole, an organic compound related to estragole, is responsible for its sweet flavor and aroma. This is the same compound that is present in basil and tarragon. Anethole is easily soluble in alcohol but only partially soluble in water. As a result, adding anise to alcohol quickly makes the beverage appear cloudy, otherwise known as ‘the ouzo effect. None of the substitutes for anise can produce this ouzo effect.

How Is Anise Seed Used?

Both whole and ground anise seeds are used in various dishes and beverages, but most recipes require them in ground form.

Anise seed extract is widely used as a flavoring for alcoholic drinks like ouzo, sambuca, anisette, and absinthe. These seeds are a wonderful addition to the dough for baked goods, ground meat, and fruit fillings for pies.

The sweet, candy-like taste of these seeds makes them a good addition to desserts and beverages. Also, it’s a tasteful ingredient in coffee and hot chocolates, also to brew a licorice-flavored tea.

Aromatic anise leaves and stems are used as an herb in several recipes like fennel or tarragon.

Anise seed and star anise are totally two different spices belonging to a different family of plants. However, both of them contain anethole that gives them a similar flavor.  Anise is widely used in flavoring beverages and baked goods and is popularly used in several cuisines across the world. Star anise spice is native to China and is mostly used in savory dishes, particularly with meat. Mostly, star anise is used rather than anise seeds for making anise essential oils.

Is anise the same as fennel? No. Both these herbs are a lot similar in flavor and appearance. Fennel and anise belong to the Apiaceae family of plants. Fennel is part of the Foeniculum vulgare species whereas anise belongs to the Pimpinella anisum species of plants. Most often, anise is used as a spice in seed form but fennel is served as a vegetable.

Anise seed is an important ingredient while you are making baked goods, cakes, desserts, or cookies. Similarly, some of the best-known liqueurs like anisette and ouzo are flavored with anise. You’ll need anise seed when you are making Italian desserts like biscotti or pizzelle. In most parts of the world, anise seed is relatively costly, also not easily available in an average grocery store. If you don’t have them, use one of the anise seed substitutes listed below:

Star anise, belonging to the Schisandraceae family of plants, is different from anise belonging to the Apiaceae family. Despite the differences, they both contain anethole, an organic compound responsible for licorice-like flavor. Star anise is a good substitute for anise seed because of its similar flavor. To your advantage, star anise is less expensive and easily available than anise seeds. Use one star-anise pod as a replacement for half a teaspoon of ground anise seeds. If you have got ground star anise, then use it in the same ratio as ground anise seeds.

Fennel and anise are different species of plants included in the Apiaceae family of plants. Both of them have a sweet licorice-like taste that makes fennel seeds a nearly close match for anise seeds. Just like anise seeds, fennel seeds also are commonly used as a flavoring ingredient in curries, stews, bread, baked goods, desserts, and beverages. Most people prefer the taste of fennel seeds over anise, especially in sauces, and baked goods.

Use fennel seeds to substitute anise seeds in the same ratio.

Caraway seeds are a great alternative to anise seeds for both have a similar flavor. Like fennel, caraway is also a flowering plant, a member of the Apiaceae family.

After all, the most distinctive taste of anise seed is that of licorice. Going by facts, makers of cookies and candies usually use star anise or anise seed for licorice flavor instead of using the actual licorice itself. Use licorice root powder as an anise seed substitute in sweet dishes, meats, and seafood.

What can I use in place of Chinese 5-Spice?

What to do when I don’t have carom seeds?

How to manage your cooking without annatto seeds?

Here are the spices to use instead of fenugreek seeds.