The metabolization or breaking down of heroin takes place at a fast pace in your system. Therefore, heroin does not last long in your body.

The intense euphoric effects of heroin wear out within an hour after the last dose you had. However, the inactive metabolites of heroin may stay in the body for a long time.

The answer to the question ‘how long heroin stays in your system’ depends on various individual factors specifically concerning the user. As a matter of fact, dose and frequency of using heroin are the key factors that influence the retention of this substance in your body.

Drug tests can detect the traces of heroin in your system. However, the detection window for drugs varies according to the drug testing samples like urine, blood, saliva or hair.

An overview of heroin usage

Heroin is an opioid drug derived from the resin of poppy plants, a natural substance.

As you already know, it is commonly used as a recreational drug for its euphoric effects. It has excellent medicinal value in pain relief therapy and opioid de-addiction treatment.

Unfortunately, it is a highly addictive drug that gradually leads a person to dependence. In addition, taking this substance in overdose or combination with other drugs may cause fatal side effects.

Thus it is worth learning how long time heroin stays in your body. This knowledge helps to prevent overdosing of prescription opioids that contain heroin and administering treatment for heroin addiction.

Effects of heroin in your body

According to a study published by the British Journal of Pharmacology, the significant heroin metabolites are morphine and acetyl-morphine. Morphine binds to the opioid receptors and produces relaxation, drowsiness, euphoric pleasure, and slows down the heartbeats rate and respiratory rate.

Heroin is more effective than taking pure morphine pills. The levels Monoacetylmorphine (6-MAM) from heroin increases very rapidly in your bloodstream, reaching its maximal concentrations after 2.0 and 4.3 min. It is followed by the gradual increase of morphine levels in the blood and reaching its maximum concentration between 12 to 21 minutes. Similarly, the effects of morphine from heroin last a long time in your body while the actual heroin stays only for a few minutes.

The metabolization of heroin takes place rapidly, and its metabolites begin to produce euphoric effects in less than a minute. Furthermore, smoking or injecting heroin can help to feel the euphoric effect in five to twenty seconds.

The metabolization process of heroin in your body

Heroin is rapidly broken down in the body. The experiments in vitro suggest that the ability to hydrolyze heroin rapidly is a phenomenon. Incubates of the liver, kidney, blood, and brain of the user are highly active in deacetylating heroin.

In fact, heroin reaches its half-life in just a few minutes after it enters the body. Mostly, it breaks down into its metabolite like morphine and other variations of morphine-like 6-acetylmorphine.

For how long heroin will stay in your system largely depends on the frequency and the amount of this drug used.

It is important to note that heroin in its original form stays in the body for a few minutes only. However, drug tests can trace the metabolites of heroin in your system for a longer time.

The half-life of morphine is about 7 hours and 6 to 30 minutes for 6-acetylmorphine. Morphine that lasts for a longer time in the body continues to produce euphoric effects in your body. Even so, the intense sensation of euphoric impacts on heroin is short-lived.  For this reason, an individual seeks out another dose of heroin while morphine from the previous dose stays active and effective in the body.

Drug tests for tracing heroin in your body

Drug tests for heroin can detect its metabolites like morphine, acetyl-morphine, and others. It is almost impossible to identify heroin in its actual form in your system as it quickly breaks down into its metabolites.

The most common drug test for detecting heroine is the urine test. A urinalysis generally detects drug use for only the previous 2-3 days for most drugs.

One of the recent studies has demonstrated that the 6-AM assay test, originally developed for urine, is also sufficiently sensitive to identify 6-AM in blood.

Drug tests of blood, saliva or hair can also detect the metabolites of this drug. However, the detection window for heroin will fluctuate for each test depending on several individual factors concerning the user.

How long does heroin stay in your system?

Usually, discovering the ‘half-life’ of a drug is the standard criterion for deciding how long does a drug stays in your system.

The half-life of a drug is the duration of time a drug takes to reduce to 50 percent of its concentrated dose. A drug in your system goes through a cycle of several half-lives before it disappears from the body.

However, the half-life a drug is not identically the same for all the users of the same drug.

On average, the half-life of heroin is only a few minutes. In less than 10 minutes of heroin entirely breaks down to its metabolites; two significant metabolites of heroine are morphine and 6-acetylmorphine.

Morphine has an average-half of two to four hours. Obviously, the half-life of a drug will fluctuate from person to person. It is because everyone metabolizes heroin or other drugs differently.

Here is the average time morphine, the main metabolite of heroin, detectable in different systems of your body. According to a report published by American Addiction Centers, morphine can be detected in:

Factors that influence how long heroin/morphine stay in your system

There are several factors exclusively concerning the individual user of heroin influence the effects and elimination of this drug. Here are some of the factors:

The effects of morphine from heroin increase if you consume alcohol. If you use alcohol, it will take a longer time for the metabolites of heroin to clear off your body.

In addition, using heroin and alcohol simultaneously can cause dangerous and fatal side effects.

Similarly, morphine and 6-acetylmorphine from heroin may interact with some of the other medications you are using. They include:

Like every other opioid drug, heroin can cause fatal overdose issues.

Taking a large amount of heroin at short intervals may lead to overdose. Similarly, even a small dose of heroin can produce overdose effects in someone who has little or no tolerance to opioids.

Most cases of heroin overdosing results from using heroin along with alcohol or other opioid drugs. It can also result from cross interaction with other medications used by a heroin user.

Prominent symptoms of a heroin overdose are low heartbeat rate, dull brain activity, and low reparatory rate. An extreme overdose of heroin can cause a person to stop breathing and die.

Heroin overdose affects a number of different body parts and systems.  Some of these effects are more obvious than others. Common symptoms of a heroin overdose are:

On average, metabolites of heroin stay in urine for up to 4 days after the last use. Morphine from heroin stays in your blood and saliva up to 12 hours only.

Hair tests can show up the presence of inactive morphine particles in hair follicles up to 90 days. 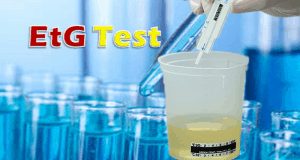 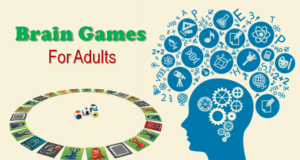