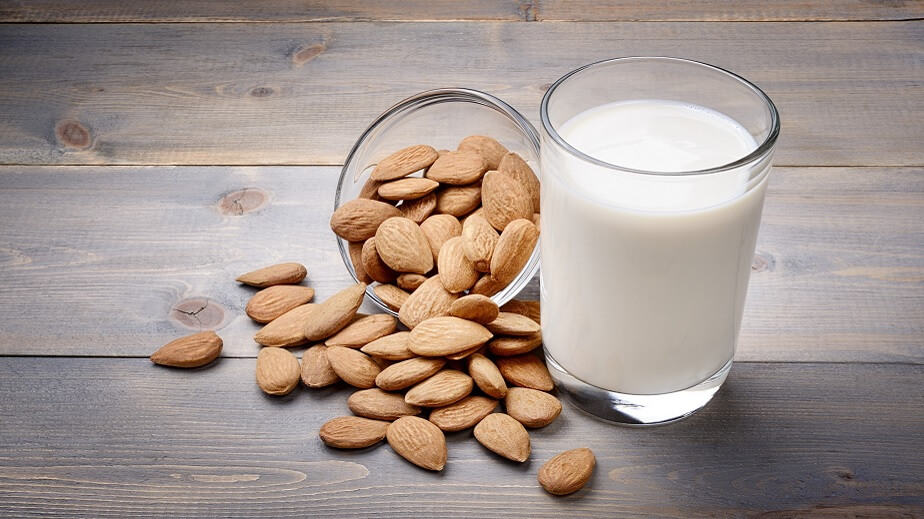 Almond milk, extracted from almond nuts, has a watery texture and nutty flavor. It’s not only delicious but also nutritious with many vitamins and minerals, free of cholesterol, and low in saturated fat. You can either drink the pure almond milk or use them in smoothies, creams, or to flavor beverages, puddings, cakes, sweet dishes, and more.

The shelf life of almond milk, homemade or in opened cartons, is about 7 to 10 days at room temperature. It may stay good for up to a month when stored in the fridge at a temperature between 34°F and 38°F.

Shelf-stable almond milk that comes in cartons or tetra packs has a shelf life of up to a year when kept intact. However, refrigerated almond milk has a much shorter storage time up to a month only.

Many of us wonder if we can freeze the almond milk, especially the homemade almond milk or the leftover milk in the opened cartons/tetra packs.

Can You Freeze Almond Milk?

Yes, you can freeze almond milk, and stays good in frozen condition for up to six months minimum. The texture, taste, and color of the frozen almond milk will change considerably. After thawing the milk, stirring them in a blender can return it nearly to its original state. You can use the frozen milk in smoothies, ice creams, cooked dishes, and baked goods.

Fresh homemade almond milk has the best taste and nutrition. Avoid freezing it as far as possible, and if you have to do it then don’t keep it frozen for many weeks or months. In fact, pretty much all almond milk brands advise against freezing their product. Freezing causes the milk to separate irregularly and reduces its consistency upon thawing.

When Should You Freeze It?

Most of us do not use almond milk regularly in cooking or baking; use it only when a particular recipe calls for it. Thus freezing the milk becomes necessary when you are left with a good amount of milk in an opened tetra pack or carton. It’s worth preserving the milk only if you have a plan to use them soon in a recipe that’s in your mind.  So, if you have some leftover nut milk (homemade or store-bought) freeze it, but don’t keep them frozen for long. The longer you freeze the nut milk more its taste, color, and texture will be diminished.

Some brands of almond milk freeze better than others, so choose the brands that can be stored longer. Choosing a good product is a matter of personal preference, a decision to be made after trials and tests.

How To Freeze Almond Milk?

Freezing the almond milk in cartons or cans is not advisable as it will be inconvenient and tough to take out the frozen milk later on.

Here is the easiest and most convenient method to freeze nut milk. Transfer the liquid to an ice-cube tray, and place it in the freezer. Within 12 hours they would turn into solid, frozen cubes. Transfer the cubes into a freezer bag or container and place them back in the freezer. It’s super easy to take out the frozen cubes and thaw precisely as much as you require for the recipe. Usually, the standard size of the ice cube in the tray is equal to 4 teaspoons of liquid.

Instead of the ice-cube tray, you can also freeze the milk in a jar-like container (ideally 25 to 50 ml jar) with a sufficiently wide open head and narrower base. Generally, nut milk expands a little after freezing, so do not fill the milk in the container up to the brim. It’s better to fill the jar with an approximate measure of milk required to be used for a single dish. Thus, once you defrost the container, you’re good to go.

How To Defrost Frozen Almond Milk?

There are different ways to defrost almond milk depending on how fast you want to do it.

The simplest and recommended option is to remove the frozen cubes or containers from the freezer and place them in the refrigerator; do it in the evening and you have it ready by morning. Generally, in about 12 hours frozen liquids defrost in the refrigerator.

If you want to defrost the milk within an hour, immerse the freezer bag or container in lukewarm or normal water. Don’t use boiling water or not even warm water for defrosting.

Many chefs prefer to defrost the milk while cooking. You can just drop the frozen almond cubes into the dish that’s being cooked in the oven. Stir well to dissolve it thoroughly in the dish.

After defrosting, usually, you’ll find solid milk particles sediment at the bottom and water-like liquid at the top of the container. Use the kitchen blender to blend (for 30 seconds) the almond milk that remains separated after defrosting. Once the nut milk is defrosted, use it within a day. 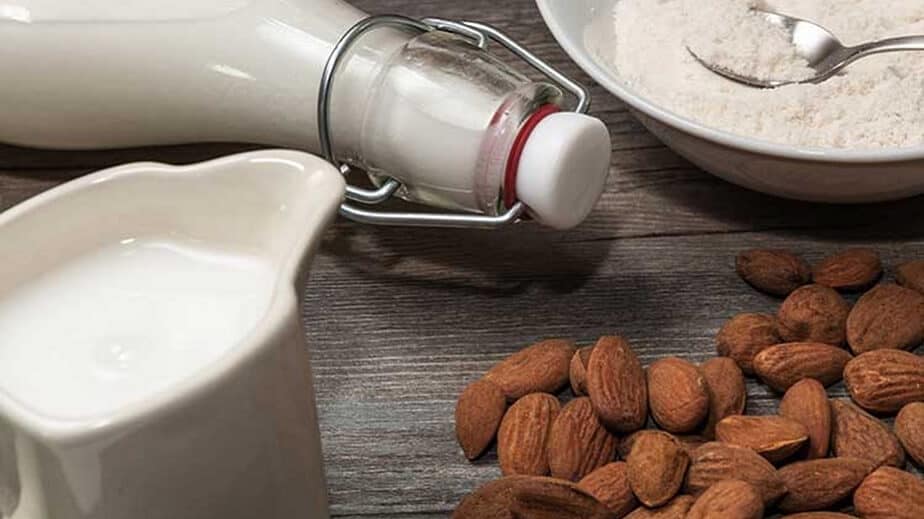 How long can you freeze almond milk?

Frozen almond milk retains the best quality for around 6 months. The longer you keep freezing, bad the quality be. The thawed milk separates and tastes bad when you drink or use it as a coffee whitener.  But you can still use it in cooked and baked dishes.

How to use defrosted almond milk?

Can you freeze almond milk in ice cube trays?

Yes. Freezing the almond milk in ice-cube trays is very easy and convenient for use. A cube of frozen milk is about 4 teaspoons of fresh milk. You can conveniently use the cubes in recipes that call for a few teaspoons of almond milk.

Can you freeze almond milk for smoothies?

Yes, you can use it. Smoothies usually include ice cubes for chilling. You can conveniently use ice cubes of nut milk for flavoring and chilling smoothies. If the smoothie is thick, then the changed texture of defrosted almond milk will not even be noticed, or else you have to blend it before adding it to smoothies.

Can you freeze almond milk to make ice cream?

Almond milk can very well be added to homemade ice-creams that require freezing. It’s a good ingredient in ice cream, especially if you are lactose-intolerant, and want to cut sugar. Also, it makes your ice cream both delicious and nutritious.

Can you freeze almond milk yogurt?

All yogurts, including almond yogurt, are okay with freezing. However, if it is frozen for long, then there will be a visible separation of solids and liquids in the yogurt. Freezing can result in alteration in texture, color, and consistency.

For further reading, also have a look at “Can You Freeze Cilantro?” article in this blog.