Currently, there are no specific medications approved by the FDA for borderline personality disorder.

However, there are medications that may work for some of the symptoms and causes of BPD like depression, anxiety or mood swings.

In the mid-1980s use of pharmacological treatment for borderline disorder gained momentum. With the right usage of medication, the psychotherapy treatments for BPD began to show greater effectiveness more than ever before.

First of all, the use of medication helped in rapidly stabilizing emotional disturbances and harmful aggression.  Secondly, medications work well for taming certain symptoms of borderline disorder.

Fortunately, there are effective medications that especially meant for several prominent symptoms of BPD like depression, anxiety, volatile mood swings, and melancholic thoughts.

Nonetheless, some of the well-known psychotherapists and few government medical advisory groups like NICE still do not approve the use of medicines for treating BPD.

In contrast to the traditional believes, a combined approach of psychotherapy and pharmacology work best for managing the borderline disorder. At the same time, do not pay heed to BPD treatment programs that use medications alone for the treatment.

Some psychiatrists and psychologists of the traditional school of mental health practice oppose the use of medications for BPD treatment.  Also, some patients resist taking medication for BPD, regardless of the severity of their symptoms.

It should be noted that borderline disorder is primarily the result of inherent biological disturbances in certain chemical processes necessary for the proper functioning of the brain. Some of the symptoms of BPD happen because of certain improper chemical functions in the brain.

Specific medications can improve and balance the chemical process in the brain. As a result, medications reduce the symptoms of BPD and enhance the results of psychotherapy.

Medicines improve the biological process of the brain and relieve the symptoms of BPD. Once the patient returns to normalcy discontinue the use of medicines.

Despite using the medication, some patients may not show improvement. The patient may fail to respond to the BPD treatment for reasons such as:

There are four types of medications useful for treating borderline disorder:

Your psychotherapist will choose the right kind of medication according to the severity of symptoms and the condition of the disorder.

Efficacy of medication depends on various factors such as the severity of symptoms, biological make-up of the patient, and type of medicine used. In other words, the medication that works well for one may not necessarily work for another person.  For this reason, your psychiatrist has to make a couple of trial and error method to find the right treatment for you.

Let us have a look at some of the common medicine useful for BPD:

Many symptoms of borderline personality disorder are common to both neurosis and psychosis. For this reason, certain medications used in neurosis conditions also work for BPD.

Antipsychotics (FGAs; Neuroleptics) drugs may work for symptoms such as:

Most persons with borderline personality disorder exhibit symptoms like anxiety, agitation, and irritability.  In such conditions, your psychotherapist may give anti-anxiety pills to calm down the symptoms.

Nevertheless, the continuous use of Anxiolytics medications can make the user addicted to it. Such patients may put up impulsive behavior more than ever before.

Antidepressant medications are mostly used for treating an individual with major depressive disorders.

Major symptoms for depression are:

Many individuals with BPD occasionally fall into severe depression. For this reason, your psychiatrist may recommend short-term use of antidepressants.  Commonly used antidepressants include:

One of the chief traits of BPD patients is rapid and extreme mood swings. They face constant fluctuations in emotional state alternating between happiness and depression.

Medications that contain mood-stabilizing properties like lithium and anticonvulsants may work for extreme mood swings. Mood stabilizer medication can help to reign in symptoms such as:

It is curious to know that mental health experts are on the continuous pursuit to develop medicines that help various mental disorders. Various study findings give newer ways of dealing with a borderline personality disorder.

The brain is made up of at least 60 percent lipids, and so it is possible that Omega-3 fatty acids can help the healthy functioning of the brain.

A magnesium supplement is a natural muscle relaxer. It can help relieve the nerves to reduce depression and anxiety.

A study conducted in 2015 noticed a correlation between deficient magnesium levels and the symptoms of BPD.

Intake of Vitamin C supplements or foods in an adequate amount may help BPD patients with symptoms like anxiety, restlessness, or nervousness.  According to research, a significant reduction in anxiety levels was noticed when supplementation of 500 mg of Vitamin C used regularly. 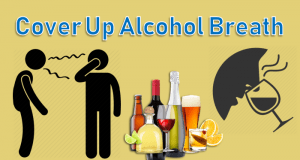