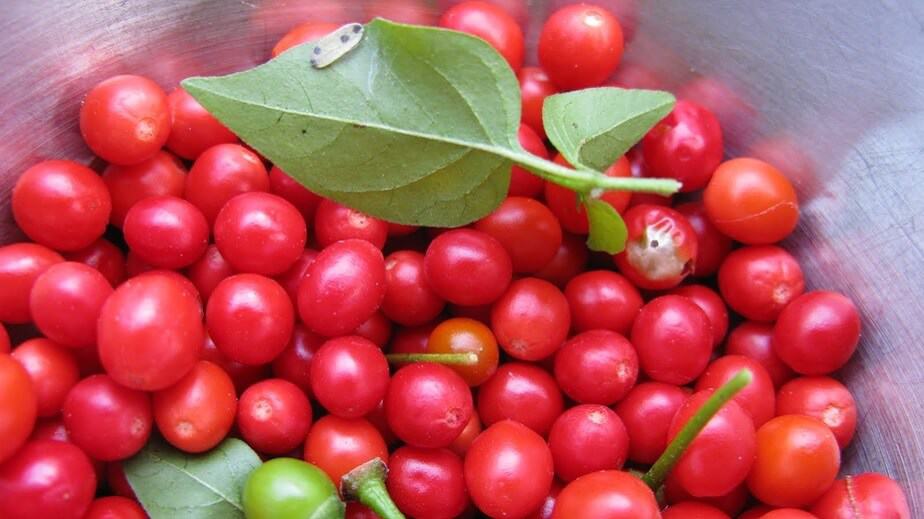 One of the oldest known wild peppers in North American history is the little-known but no longer forgotten tiny chiltepin pepper. An exploration into the facts of this pepper reveals the significance of this pepper in the colorful Native American history of the United States. Besides its culinary uses, this tiny hot pepper is closely connected to a few traditional beliefs, rituals, and medicinal practices of ancient North America.

What Are Chiltepin Peppers?

The chiltepin pepper is a tiny, round or oval-shaped chili pepper grown wild in the Southwestern regions of the United States and Mexico for generations. It’s a potentially hot pepper with a high heat level that can go up to 100,000 SHU on the Scoville Scale.

This small cherry-like pepper, also known as “chile tepin”, or “Chiltepine”, belongs to the Capsicum Annum species. Chiltepin often referred to as “The Mother of All Peppers”, is the only wild native pepper in the United States. Its tiny shape (round) and intense heat (though short-lived) have made it a favorite chili among ardent hot pepper lovers. Also, many fondly call them “bird’s eye pepper” because of their miniature size and “bird’s pepper” for they are eaten and spread by birds.

In appearance, Chile tepin is a tiny, round, or oval-shaped, orange-red to red chile, measuring about .8 cm in diameter.  Size-wise, they are only a quarter-inch across, so a teaspoon can hold multiple chiltepin peppers. The Chiltepin flavor is predominantly smoky and significantly earthy.

If you are intending to buy Chiltepin peppers, you won’t often find them in a grocery store outside of the southwestern United States. However, you can easily buy dried pods from online retailers. For cultivation, you can purchase seeds from heirloom seed sellers in farmer’s markets or online vendors.

For generations, this pepper has been popularly used as a medicine and for eating in Southwestern parts of the United States. Even today, many locals conduct iconic rituals where farmers come together to gather chiltepin peppers from the wild. There’s much folklore and history involving this wild chili in the US and Mexico.

For a long time, tepin chile plants pretty much only grew wildly. For a couple of centuries, Native American farmers have begun to cultivate this pepper commercially because of its treasured status and growing popularity.

In 1997, Texas named the chiltepin as the state’s official native pepper. Today, it is a specially protected variety of pepper in the US in Big Bend National Park, Coronado National Forest, and Organpipe Cactus National Monument.

Many believe this pepper to be the wild ancestor to numerous varieties of peppers of the modern-day, earning the name “mother of all peppers.”

Currently, wild chiltepin has a huge demand and it remains an important economic crop in Sonora. 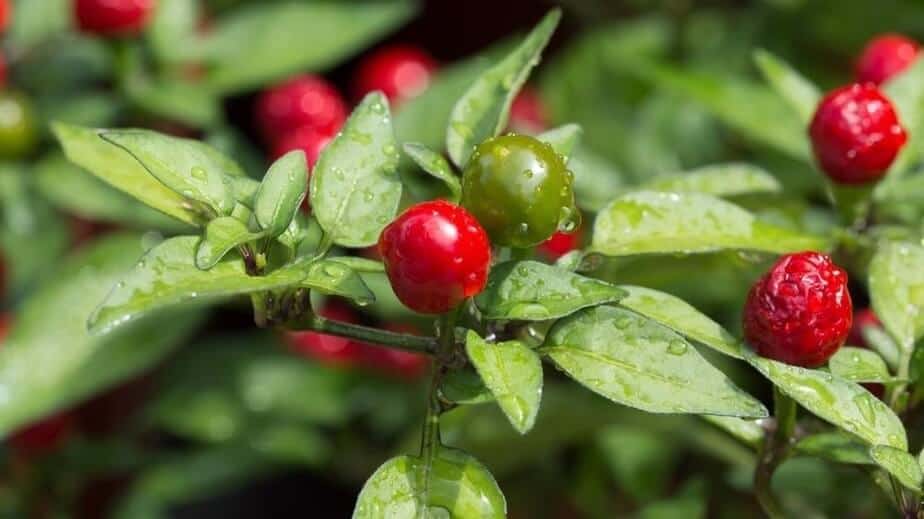 How Hot Are Chile Chiltepin?

The heat level of Chiltepin ranges from 50,000 t0 100,000 SHU on the Scoville Scale. It stands on equal footing with hot Thai Pepper in terms of heat and is up to 23 times hotter than common Jalapeno. Similarly, it can be 4 times hotter than Serrano pepper which measures up to 23,000 Scoville heat units.

Despite the small size, tepin chili packs a whopping heat that is enough to give a pretty big punch; they aren’t a child’s play for mediocre chili eaters. Unlike ghost pepper and other super hot peppers, this pepper zings you with a hot punch instantly but calms down quickly. Its heat is considered “arrebatado” which means “rapid” or “violent” with low endurance.

How Are They Used?

Being superbly spicy and smoky, this pepper is quite tasty and enjoyable even for an average chili eater. Eat this rare wild chile raw, dried, ground, or pickled.

This pepper is a big part of Sonoran cuisine, as they are native to the area. In general, it’s considered to be one of the best peppers for hot desserts. They are excellent for making hot salsas and sauces. Absolutely, one of the finest hot condiments you can have on your table is none other than pickled Chiltepin.

Besides cooking, they have good nutritional and medicinal benefits. They say, eating tepin pepper causes the brain to release endorphins, which are natural painkillers. According to folklore medicine records, Pima Bajo people often used it to relieve stomach disorders.

How To Dry Chiltepin Peppers?

As you know, dried corns of Tepin pepper are mostly used in cooking. Sun-drying pepper is an easy process but time-consuming activity. Clean and remove the stem (pedicel) of peppers before drying. Lay the peppers on a large tray without overlapping and cover the pepper with a thin screen mesh and place it in direct sunlight. It can take up to 2 weeks to dry peppers in the sun where the average heat is about 80 Fahrenheit. Alternatively, you can also dry them in your dehydrator at 135-140 degrees F. If you are using an oven, adjust the temperature to a low-medium level to dry the pepper. 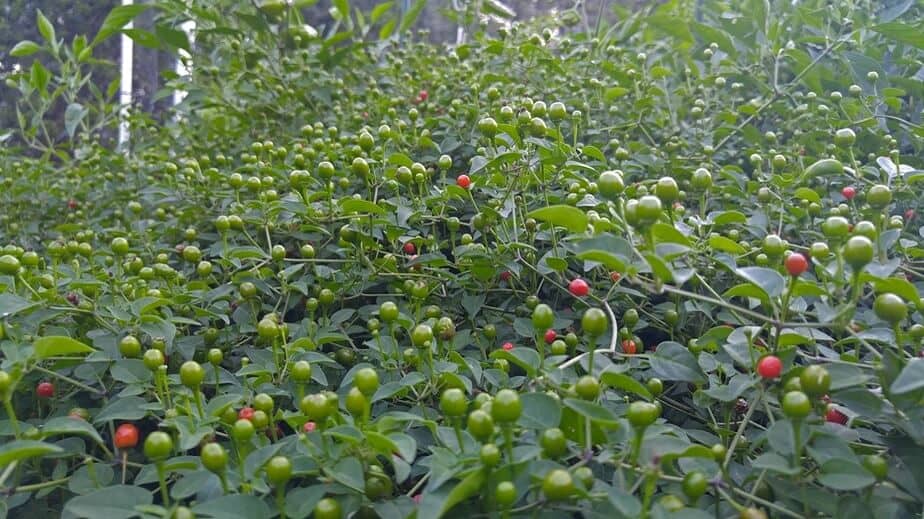 How hot is the chiltepin pepper?

The heat level of chiltepin ranges between 50,000 and 100,000 SHU on the Scoville Scale. They are medium-hot peppers that can be up to 3-4 times hotter than serrano.

Is chiltepin hotter than jalapeno?

This pepper can be up to 23 times hotter than standard jalapeno; in short, these two peppers have vast differences in heat and flavor.

Chile Chiltepin tastes distinctively smoky with a good bit of earthiness attached to it. The instant and intense heat of this pepper overwhelm the real flavors of this pepper.

Is chiltepin the same as Piquin?

Chiltepin and Piquin are not the same but they are somewhat similar in flavor, color, and appearance. The former is hotter pepper with heat levels reaching up to 100,000 while the latter has maximum heat of 60,000 SHU only. Chiltepin chilies are small and round, while pequins are larger and pointed.

How do you crush chiltepin?

Put the dry peppers in a mortar or spice grinder and grind them until they turn into a fine powder. This ground tepin can be used to spice up any of your dishes like the regular chili powder you use.

For further reading, follow the link to find out all facts on Chile Puya on this blog.