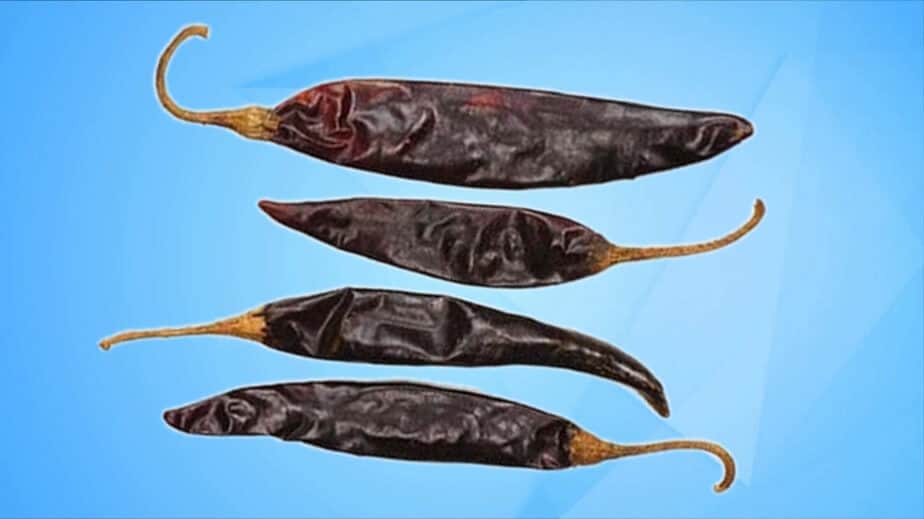 Chilies are an important part of most traditional dishes of Mexico. In fact, Mexico and Peru are two countries in the world that have the widest varieties of chiles and their extensive uses in cooking.

This article explores all the important facts on Puya pepper which is a relatively popular pepper in Mexican cooking though it isn’t a well-known pepper outside Mexico.

TABLE OF CONTENTS
What Is Chile Puya?
How Hot Is Puya Chile?
How Do They Look And Taste Like?
How To Use Puya Pepper?
Best Substitutes For Chile Puya
FAQs

What Is Chile Puya?

The Puya Chiles, pronounced as “POO-yuh”, belong to the Capsicum Annuum species of plants. In some places, this chili is also known as “pulla”.

Puya chile is a native of Mexico and is widely cultivated in Mexico City and Central Valley regions. People love this pepper for its fruity flavor rather than pungency. With the fruity, berry-like flavor of this pepper along with a decent kick, you’ll be certainly enthralled with it. Due to scarce availability, this chile isn’t the most popular choice around, but for those that have tasted it, it often becomes the mainstay.

This moderately hot pepper is akin to the popular Guajillo pepper but significantly hotter and smaller in size. In tally with Guajillo, it’s a step up in the heat department. Dried pulla chiles are a lot similar to red hot mirasol chili pepper; in fact, Puya Chile is of the peppers that come in the family of Mirasol Chiles. Like other Mirasol chilies, this chili is also typically used dried, so they are picked late into their maturity.

If you want to buy this chile, it’s hard to find fresh puya peppers outside Mexico; most chefs use Guajillo chile as a substitute for it. If you want to source it, look to Mexican specialty stores for your best chance. Dried and ground chile is easily available from online retailers; also you can buy Chile Puya heirloom seeds online.

Overall, the puya peppers are amazingly flavorful and versatile – often used for adding a fruity and spicy flavor to everything from chutneys, and sauces to pizzas and burritos.

How Hot Is Puya Chile?

Puya chile heat ranges from 5,000 to 8,000 SHU on the Scoville Scale. They are mild chilies with a pleasant heat little more than fresh Jalapeno peppers. On average, this pepper is 6,500 Scoville units which are close to the top of jalapeno’s heat range. They pack enough punch to make your salsa enjoyably spicy.

When compared to its cousin – Guajillo pepper – the Puya peppers can be up to 2 times hotter. The heat level of Guajillo ranges between 2,500 t0 5,000 SHU, therefore, the hottest Guajillo is less than the average heat of this pepper. 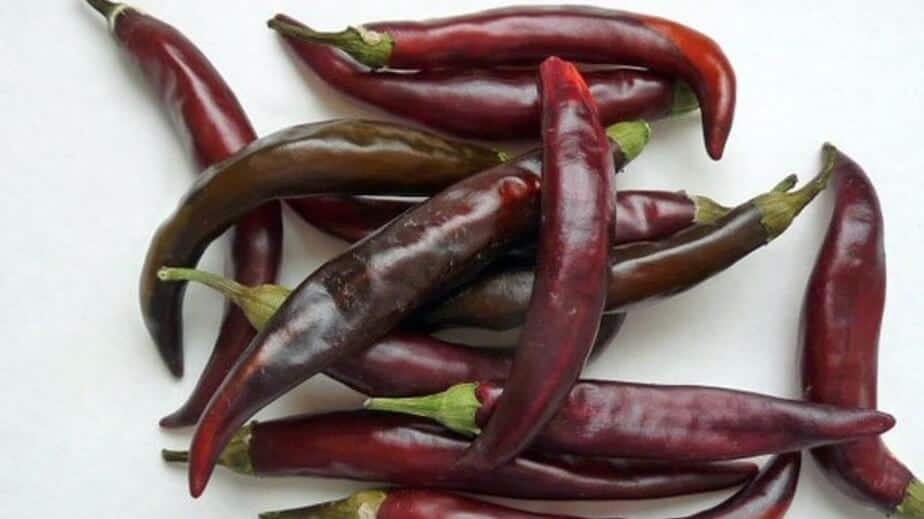 The pods grow 3 to 4 inches long and they appear flat, tapered, and somewhat curved. They are slightly smaller than Guajillo but for the rest, both are confusingly identical in appearance and flavor. The leathery skin of Puya chile changes color from deep green to dark brown-red on maturing. Dried Puya Chile pods are long and thin peppers that are a bit translucent and have a crimson to a purplish color.

A strong fruity flavor and mild heat are what make this pepper dear to chili lovers. The taste of this Mexican pepper is somewhat a mixture of Chile de Arbol and Guajillo. To a dish, puya pepper contributes a sharp, fruity, and gentle tangy flavor along with a pleasant moderate heat. To some, the delicious fruitiness of the pepper gives a sense of mixed hints of cherry and anise.

How To Use Puya Pepper?

The delicious fruity flavor of Chile Puya tastes great when pureed, diced, or mashed, and then made into sauce, particularly mole sauces. Often this chili is used as a pizza topping or dips for veal, pork, chicken, and seafood. They give a delightful flavor to casseroles, enchiladas, breakfast burritos, chutneys, dips, salads, and cooked vegetables. Chefs prefer to combine Guajillo and Puya to make rich, hotter sauces and salsas.

Dried or fresh chiles are a wonderful ingredient for seasoning soups and stews. By the way, dried peppers should be rehydrated in warm water to soften them for pureeing.  Ground chiles can be used virtually in any dish that calls for a standard chili powder or flakes.

On the whole, use Chile Puya to add a bright, sharp, and fruity flavor with relatively intense heat to any of your hot and spicy dishes. As a rule of thumb, Puya chiles are used in much the same as Guajillo but for more intense heat.

Both dried and fresh Puya pepper is very dear to South American cooking. Being a fruity flavored mild chili, there are a few other peppers that can easily be a good substitute for Chile Puya.

As you have rightly guessed, Guajillo is the number one replacement for this pepper for they are closely related in terms of flavor, appearance, and uses but Puya is slightly hotter. Cascabel chili, akin to Guajillo, is another substitution option worth considering.

The bright and sharp flavors of Chile De Arbol are more or less the same as Puya though they are considerably hotter. In my opinion, a combination of Arbol and Guajillo chiles can be a perfect match to Puya pepper in terms of both flavor and heat level.

Other common Mexican dried chilies like Chipotles will not be a good alternative to Puya pepper for most of them are overly hot and smoky in flavor. 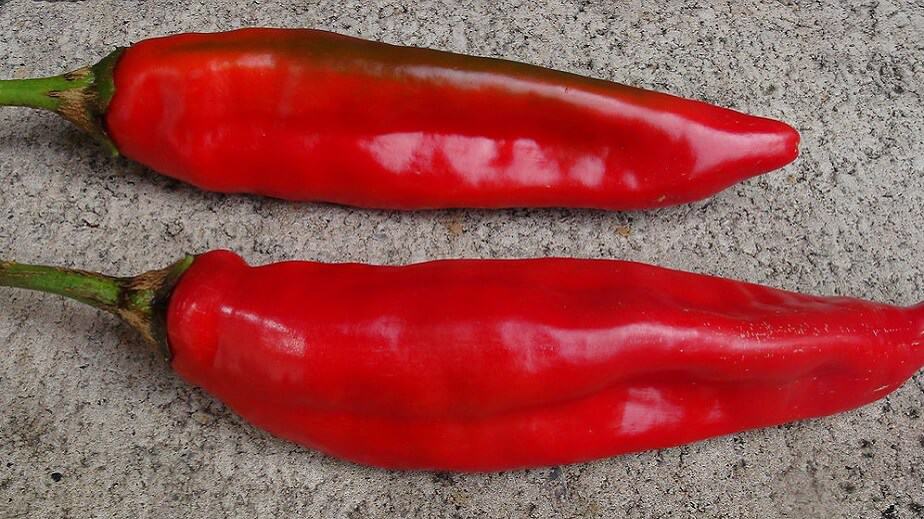 Is chile puya same as guajillo?

What is chile puya used for?

Puya chile tastes fruity, and sweet with strong notes of cherry and anise. Unlike, most other dried chilies, it isn’t smoky and overly hot.

What is a puya?

Chile Puya and Puya are two totally different species of plant, the former belongs to Capsicum Annum species while the latter is a member of Bromeliaceae. The puya plant is mostly found in Chile and Peru and has basal spiny leaves and showy bracteate flowers in terminal racemes that may be 30 feet in height.

What can I substitute for puya chiles?

The best Puya Chile substitute is a mixture of Guajillo and Chile De Arbol in equal measure. Other manageable replacements for this pepper are Guajillo, Cascabel chili, and Aji Mirasol.

For further reading, follow the link to find out all facts on Charleston Pepper on this blog.