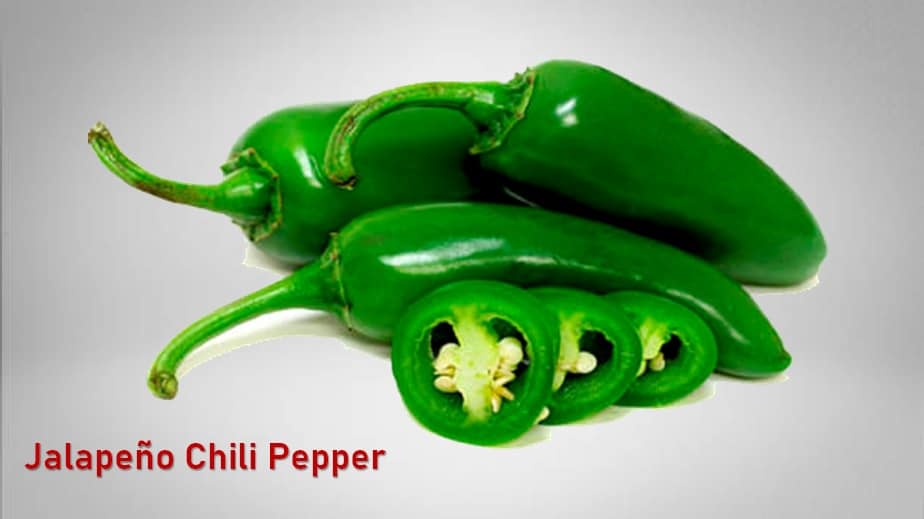 What Is Jalapeño Pepper?

The jalapeño is a medium-sized, mild chili pepper pod-type, a cultivar of the species Capsicum annuum. It measures around 5-10 cm long and 25-38 mm wide when fully matured. According to the geographical location of cultivation, its pungency can range from 2,500 t0 8,000 Scoville heat units.

It’s a mildly spicy pepper available in most groceries and supermarkets across the world.

Fresh jalapeño peppers are bright and very green chili pepper with a mild level of heat. When roasted, jalapeños taste slightly smoky and earthy with a higher heat level.

This pepper works well in any dishes that need to be moderately spicy and hot. About 1 to 3 jalapenos are good enough to make your meal spicy.

Jalapeños originated in Mexico. It’s the most popular and commercially cultivated in Mexico with over 160 square kilometers of area fully dedicated to the cultivation of this pepper. In the US, it’s grown in several regions, particularly in New Mexico and southwestern parts of Texas. However, Mexico remains the single largest producer of jalapeños, expected to be around 45% of world production.

The name of the pepper is related to a town in Mexico called Xalapa, believed to be the birthplace of this pepper. Xalapa is often spelled as “Jalapa” thus eventually the traditional pepper of Xalapa was christened jalapeño. In Mexico, this most popular pepper is also known by different names such as chiles gordos, cuaresmeños, and huachinangos.

Its heat ranges from 2,500 to 8,00o Scoville heat units. This pepper enjoys vast popularity because of the low-intensity heat that almost everyone loves it.  The lovely heat profile of the pepper has made it the greatest culinary pepper in the world; an unavoidable part of a wide array of popular Tex-Mex dishes.

Generally, jalapeños are typically picked while they are still green; just before ripe. The green peppers tend to have a bright, grassy flavor. It’s usual to have a mild bitterness to their taste. On turning ripe with red color, jalapeños lose a good bit of their bright, grassy, bitter flavors and develop a noticeable measure of sweetness. The red peppers are usually hotter than green for they accumulate more capsaicin (substance causing pungency) in them. The red jalapeños can reach up to 8,000 Scoville heat units.

The pod-like shaped chilies grow 2 to 3.5 inches in length. Compared to similar peppers like poblano and serrano, this one is smaller. Despite being comparatively smaller, they have a large enough cavity for stuffing.

The chilies change their color from green to red on maturing. The shape and color of the jalapeños slightly differ according to the different varieties they belong to. Some hybridized peppers grow larger and are bred to be more or less spicy than the common version.

How Are Jalapeños Used?

It’s a truly versatile chili that can be pickled and served as a condiment or roasted to tame the heat.

Jalapeños are common toppings on tacos and nachos and are widely used in making salsa, regular chili sauces, bottled hot sauces, and stews.

It goes well with the fresh vegetables and is a good substitute for bell pepper, poblanos, and almost every other mild chili pepper. Use them in salads, sandwiches, and vegetable medley to add a sumptuous mild kick to your meals.

Compared to other hot chilies, it’s easy to handle with minimum care. If you are extra sensitive to chilies, it’s best to put on kitchen gloves while preparing them for a dish.

Where To Buy Jalapeño Peppers?

Jalapeños and Cayenne peppers are the most commonly used peppers of the lot, thus easy to find them in most groceries and supermarkets. They are mostly used as green fresh chilies. From online stores, you get to buy chipotle pepper which is nothing but smoke-dried jalapeños. They also come as bottled hot sauces and pickled chilies. The well-known Sriracha sauce is made from red jalapeño peppers. A wide variety of chili products with this pepper is available online. 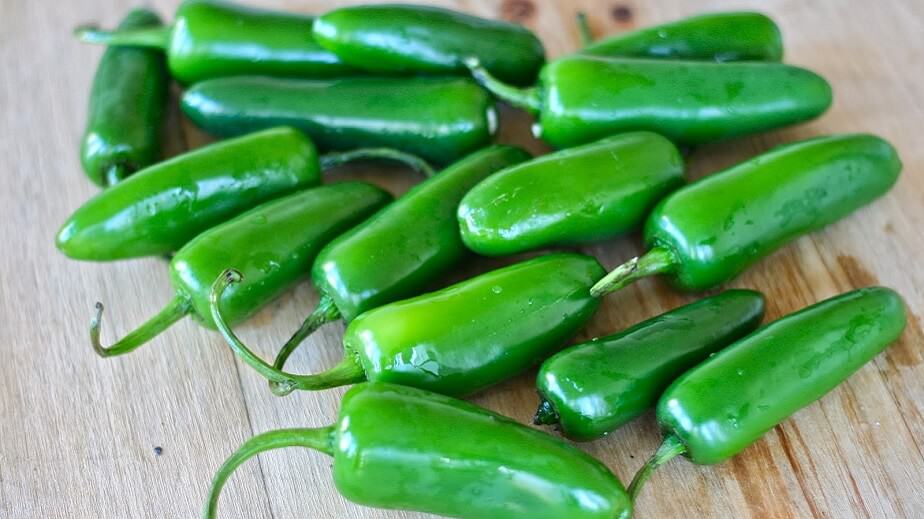 Are jalapeños a fruit?

Every kind of pepper that belongs to the Capsicum species of plants, from bell pepper to cayenne, and jalapeño to habanero, generally come under the category of fruits and not a vegetable.

What is smoked jalapeño?

The well-known chipotle pepper is made from a dry-smoked jalapeño pepper. Fully ripened red chilies are used for making chipotle. The peppers are allowed to be fully ripe on the plant as long as possible before harvest for smoke drying them.

When to pick a jalapeño pepper?

This pepper can be picked as soon as they are deep green, about 3 inches long; just before they turn red. They are most tasty and hot when the chilies are green. However, fully matured red jalapeño peppers are used for making Chipotle chilies and Sriracha sauce.

Can you freeze jalapeño peppers?

Yes, you can freeze them like most other peppers. In fact, freezing is the best method to preserve green peppers for up to one year. When you need green peppers for your recipe, simply remove the required amount from the freezer bag and let them thaw at room temperature on a paper towel for a few minutes before cooking.

How to freeze jalapeño peppers?

Do the following process for freezing fresh peppers:

How to store jalapeño peppers?

Place the whole jalapeños in a paper bag or store them in the crisper drawer of the refrigerator until you use them. Make sure, they are dry enough to be moist-free. To store, the diced or sliced jalapeños must be placed in an airtight container or sealable plastic bag with a paper towel to absorb moisture. For long-term storing, freeze or smoke-dry/sundry the peppers.