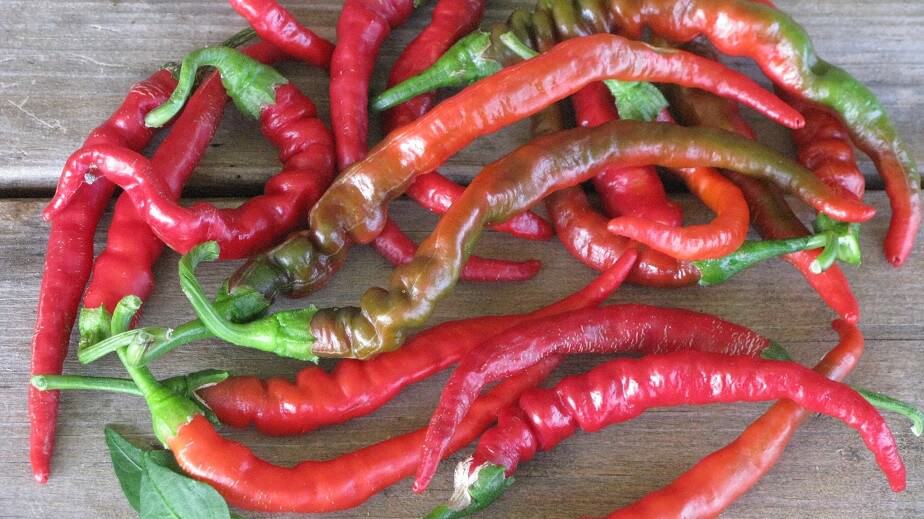 What Are Cayenne Peppers?

The cayenne pepper is a type of Capsicum Annuum; said to be the most popular hot chili pepper used to flavor foods. It belongs to the Solanaceae or nightshade plant family, which also includes popular vegetables like eggplants, potatoes, and tomatoes.

The size of the pepper can vary from 10 to 25 cm (4 to 9 inches) in length and 1 to 2 cm (about ½ inch) in diameter. They are tapered in shape with a curved, pointed tip. Generally, they are skinny, red-colored, and have somewhat rippled skin. You’ll also find yellow and purple varieties of this chili. They hang from the plant as opposed to growing upright.

The heat level of Cayenne pepper varies between 30,000 to 50,000 Scoville heat units; a medium-hot chili pepper.

Cayenne is used in cooking hot dishes either in the whole form or in its dry powder form. Currently, cayenne pepper is a hot-selling herbal supplement and weight loss diet as well.

Red cayenne is the most commonly cultivated and used but there are several other varieties of this pepper you can grow, in fact, over 50 of them. Here, let us discuss only the most popular and unique ones.

Red ember cayenne peppers – The most popular variation of cayenne pepper out there; they have average 7 inches long and are pretty spicy.

Dragon Cayenne – A cross between Thai and cayenne pepper, hotter than red ember, and is on average 3 inches long.

Sweet cayenne peppers – They can be up to 12 inches long, sweet, and earthy in flavor with heat levels ranging between 100 – 1,000 SHU.

Golden cayenne pepper – The yellow color makes this pepper a very unique cayenne. This pepper is average 10 inches long and as hot as the red cayenne.

Orange cayenne peppers – They are on average 6 inches long and ripen from dark green to bright orange. In flavor, they are fruitier than other cayenne cultivars.

Joe’s Long Cayenne pepper – Said to have originated in Calabria, Italy, but later on, an improved variety was nurtured by a grower named “Joe” in New York. They grow to a size of 10 inches long on average and are considered to be the spiciest cayenne.

Red Rocket – Thin-walled, attractive fruits are bright red with a mild sweet flavor. Fruits grow to an average size of 5 inches and are as spicy as the regular red cayenne.

What Are The Benefits Of Cayenne Pepper?

Every hot pepper like a cayenne may render some health benefits however there is a dearth of scientific studies on the potential health benefits related to cayenne pepper and others.

The spicy flavor of hot peppers comes from the capsaicin compound in them. Capsaicin is expected to provide several health benefits when consumed in supplement form.

Adding cayenne peppers to your diet may benefit your health in the following ways:

What Are Cayenne Pepper Used For?

Cayenne pepper is popularly used for adding spice and hotness to recipes. They can be added to the food while cooking either as green chili peppers or red chili peppers.  Cayenne chilies are often dried and ground to make powdered spice labeled as cayenne pepper powder. Ground chilies can be mixed with other spices to make seasoning blends and marinades.

Red pepper is popularly used in Indian, Mexican, and Asian cooking. A teaspoon of pepper powder can add heat to an entire pot of beans, fried chicken, sauces, or any hot dishes for that matter. It’s an excellent dry rub for meat and seafood, and also adds a punch to egg dishes.

Cayenne peppers are safe to eat. They not only make your dishes deliciously spicy but also provides several health benefits. However, eating too many peppers can cause some undesirable side effects, such as heartburn and upset stomach. If you are allergic or over-sensitive to hot spices, you may also develop allergies or get chili burns in your mouth and throat.

Cayenne pepper may interact with certain medications, such as Aspirin, blood thinners, ACE inhibitors, and Antacids. 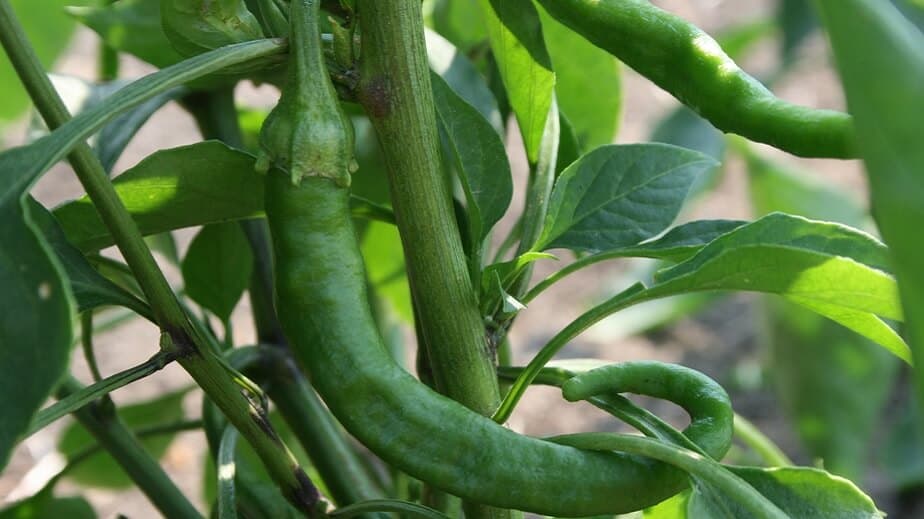 Is cayenne pepper the same as red pepper?

Generally, red pepper refers to cayenne pepper. According to the American Spice Trade Association, “Red Pepper” is the common name for all the hot red pepper spices. Some manufacturers use the name “Cayenne Pepper” to refer to a hotter variety of red pepper.

How much cayenne pepper per day?

According to the University of Maryland Medical Center, an adult can take between 30 and 120 mg of cayenne pepper extract in capsule form up to 3 times a day. In cooking, start with ¼ teaspoon of red pepper powder to incorporate into recipes you make; if required add more after tasting.

How to take cayenne pepper for circulation?

If you wish to use cayenne pepper for circulation or to lower your blood pressure, you could add this pepper to your meals, take cayenne capsules, or drink cayenne tonics.

Is cayenne pepper the same as chili powder?

Originally, chili powder refers to a spice mixture made with ground chilies which may include different peppers and other spices like cumin, garlic, and onion powder. Ground cayenne pepper is technically a chili powder. In general, red chili powder and ground cayenne are often used interchangeably.

Is ground red pepper the same as cayenne pepper?

Red chili powder and ground red pepper are both generic spice names that at times refer to cayenne, but can also include other red chilies.

What can I use instead of cayenne pepper?