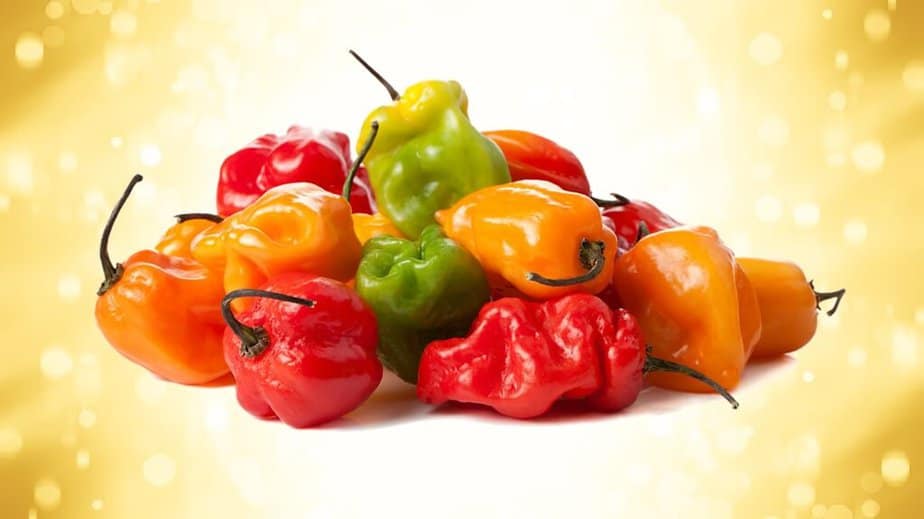 Habanero peppers are enjoyed in a variety of products globally; they are mostly grown in the Yucatan Peninsula of Mexico. Many think this is where these hot peppers got their start, although they are named after La Habana (Havana), Cuba, due to the fact that these peppers had the most significant market and trading history there.

In the era of international exploration, these little fireballs have immigrated up to Europe, North America, and Asia. They are now an important hot spice in many cultural dishes, both Mexican-inspired and beyond.

What Are Habanero Peppers?

The habanero pepper is a very hot chili pepper named after La Habana, a Cuban city. It’s botanically classified as Capsicum chinense, a hot variety of chili belonging to the Solanaceae or nightshade family.

Habanero is one of the spiciest capsicum peppers in the world with a heat rating of 100,000-350,000 SHU on the Scoville Scale.

The peppers start off the green on the plant and mature to a bright orange or red but few varieties grow to yellow, white, pink, purple, or chocolate-brown as well. Generally, the pods grow 1-3 inches long and 1-2 inches wide. They have a fruity, citrusy flavor. These hot and flavorful peppers are popular for making spicy salsas, hot sauces, chili powder, and rubs.

Unlike most other hot chilies, there’s a nice flavor that goes along with the extra-hot punch. If you can tolerate the heat, it’s an exciting culinary chili to play with.

The actual origin of Habanero chili is controversial as there are many unverified claims for the same. Originally, they were wild chile pequin; and after several centuries of organized cultivation and breeding, they have evolved to be a very hot and flavorful pepper as we have them now.

The chili is named after the Cuban city of Havana but has its origin in South America (Mexico); some claim them to be from Cuba but some trace their origin in Peru or the Amazonian forests of Brazil.

A Mexican archeological department has discovered a cultivar variety of Habanero that’s over 8,500 years old. In June 2010, the Campeche and Quintana Roo regions in the Yucatan State of Mexico were awarded “Denominacion de Origen” (designation of origin) status for habanero peppers by the Mexican Institute of Industrial Property of the Ministry of Economy.

Today, the Yucatán Peninsula in Mexico is the biggest producer of habaneros and is also grown in several tropical regions in South and Central America, Asia, and Europe. Besides Mexico, large-scale commercial cultivation exists in Belize, Costa Rica, parts of the United States, and Panama where it is known as the aji chombo.

Now let us come to the question – how hot are habanero peppers? Their heat level ranges from 100,000 to 350,000 SHU on the Scoville Scale. Comparatively, the pepper is equally hot as its close cousin, the Scotch Bonnet Peppers.  In comparison to the average heat of common jalapeno peppers (5,000 SHU), the hottest habanero can be up to 76 times hotter.

Habaneros sit pretty hot on the extra-hot zone of the Scoville scale. Simply it dwarfs the commonly used mild or low-medium hot chilies like poblanos and jalapenos.

In comparison to ghost pepper which can climb up to one million Scoville Heat Units, the habaneros are three to ten times milder. Again, habanero goes really very tame and humble while tallying it with the hottest peppers in the world like Carolina Reaper (1.4 million to 2.2 million SHU) and Trinidad Moruga Scorpion (1.2 million to 2 million SHU).

Among the many hot peppers on the Scoville Scale, habanero is the most preferred hot chili pepper as the nuances of its flavor stand above the rest. Plus, this pepper is now cultivated in most parts of the world and it’s the hottest fresh pepper that you can often find readily available in groceries.

The Habanero plants grow to an average height of between 2 and 4.5 feet tall. The peppers are pod-like in appearance with 1-3 inches long and 1-2 inches in diameter. The small pods are conical to lantern-shaped. They change color from green to orange/red on ripening but some variants are even brown, pink, or white. Overall, the pods look similar to the Scotch Bonnet Peppers.

The common orange habanero peppers have a tropical fruity flavor and flowery aroma. The fresh peppers have a hint-of-citrus note which you’ll experience at the first bite. And underneath the fruity sweetness, there is a subtle smokiness which is more evident in dried and ground habaneros.

Selective breeding and distinct growing conditions have given birth to many different types of habanero peppers over the years. Surprisingly, some of the variants differ a lot from the common orange habaneros in shape and color. Usual orange or red habaneros, you’ll also find them in other colors such as pink, brown (chocolate), peach, white, and even nearly dark variants.

The Red Savina habanero is red and Chocolate habanero (nearly black) is actually hotter than the normal orange/red peppers, tipping the Scoville scale above 400,000 SHU.  The Jamaican Scotch Bonnet is another most popular variant which has similar heat and flavor as the original habaneros.

You’ll find a lot of recipes featuring habanero because of its fiery heat and delicious taste; also relatively easy to source in comparison to other hot peppers. The tropical fruity-sweetness, citrusy tang, and fiery heat of this pepper are more than what you expect in a pepper.

Many chefs choose this popular Mexican hot pepper for it has a maximum heat limit suitable for any hot recipe. Therefore, they have become a well-utilized pepper in hot salsas, chutneys, marinades, seafood, pickles, rubs, and many more.

The fresh peppers with their fruity and citrusy flavors go well with beverages and cocktails. In the US, you’ll find bottled hot condiments with this chile pepper.

Remember, a little goes a long way. It has more than enough spiciness to heat up any dish with very little added. Always start with a little and work up. As a precaution, it’s safe to wear kitchen gloves and goggles to protect you from possible chili burns while making your dish with this pepper.  You can temper the pepper’s heat by removing inner membranes and seeds before cooking. 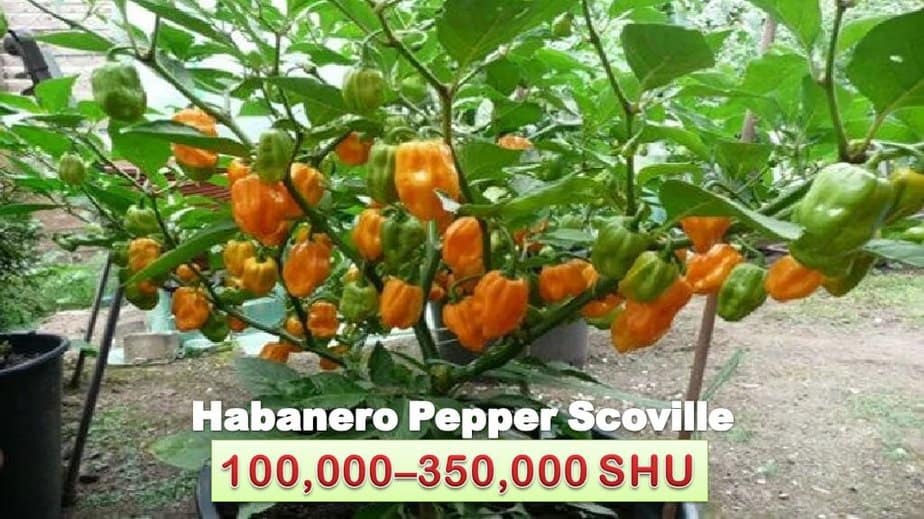 What is a good habanero substitute?

The Scotch Bonnet is the best substitute for habanero as they both share a similar heat level and flavor profile. In place of the common orange/red habs, you may also consider its other variants such as Caribbean red, Jamaican chocolate, Red Savina, Datil Peppers, or others.

How to grow habanero chili peppers?

You can grow this pepper just as you do with jalapenos, poblanos, or cayenne peppers. It grows well both in regular gardens and containers with good exposure to the sun; grows best in warm tropical climates. Prior to planting, incorporate sufficient organic manures into the soil to increase fertility and drainage.

Where can you buy habanero chili peppers?

They are mainstream peppers widely cultivated in several tropical regions across the world. Usually, fresh peppers are often found in most grocery stores. You can buy dried whole or ground peppers from online sellers; also pickles, sauces, and spices are available for purchase online. If you have green thumbs, purchase habaneros seeds online or from gardening centers to grow them in your garden.

Can you eat habanero peppers raw?

Yes, they can be eaten raw but be mindful of their fiery heat. They are mostly used in stews, sauces, pickles, fired, marinades, or fermented.

Do habaneros speed up metabolism?