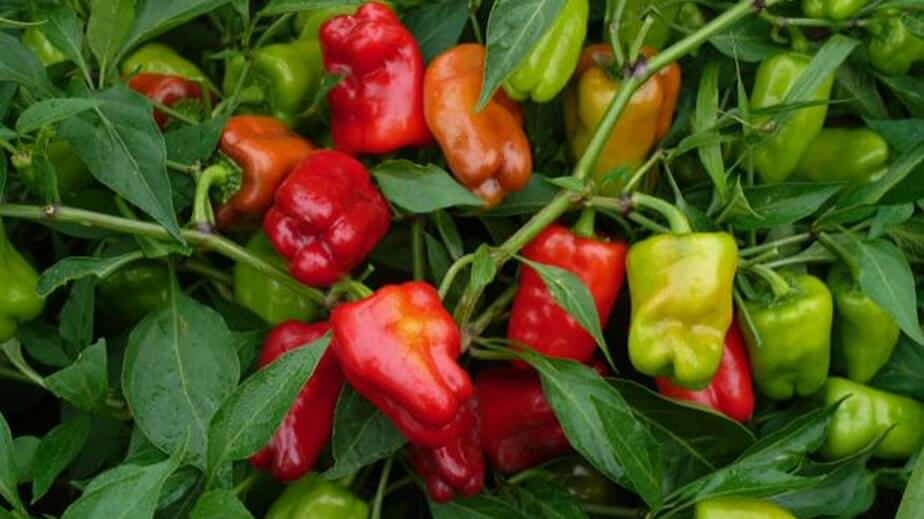 TABLE OF CONTENTS
What are Cajun Belle peppers?
Cajun Belle Pepper Scoville
What does it look and taste like?
Uses in Cooking
FAQs

What are Cajun Belle peppers?

The Cajun Belle pepper is a bold, sweet mini-bell pepper with a considerable heat that is enough to tickle your tongue. The pods grow about 2-3 inches long with multiple lobes. Appears like smaller red bell pepper.

Different from other sweet peppers, it’s not only deliciously sweet but can also boast of a good heat that can go up to the average heat of common jalapenos.

Cajun belle pepper is also an excellent ornamental chile that provides plenty of vibrant colors whether in containers or outdoor. In fact, it’s recognized by the All-America Selections judges for its, beautiful colors, delicious taste, and vigorous compact growth habit.

The combination of sweetness with a spicy kick gives this pepper a true Cajun flair. As for benefits, it’s very high in vitamins C and A. The bright red colors of this sweet pepper can transform dishes from dull to dazzling in an instant.

The heat level of Cajun Belle pepper depends on when they are picked and eaten. A fully ripened red pepper has more heat than an unripe green one. Like most other sweet pepper, this pepper can be picked and eaten at any time during its maturation period. Thus a tender pepper may not even have half the heat of a fully mature red pepper.

Some peck its heat within the range of 500 to 1,000 Scoville heat units, similar to poblano peppers. However, most eaters of Cajun belle experience a heat level similar to jalapeno. Surely, the heat of a mature red pepper appears to be in the range of 3,000 to 4,000 SHU which is equal to a moderately hot jalapeno chili. Generally, it’s a mild sweet chili, but the mature chilies can cross over into the starting point of chilies in a medium heat zone.

The Cajun Belle pepper plants are robust and relatively small, growing about 2 feet tall by 2 feet wide. The fruits are 2 to 3 inches long with 3 to 4 lobes, exactly looking like mini bell pepper. When allowed to mature on the vines, they change color from green to scarlet and ripen to glossy deep red.

Flavor-wise they are typical sweet peppers, fresh, grassy, and sweet. The peppers turn sweeter as they mature and ripen on the vines. They have a delicious mixture of sweetness and spiciness – part jalapeno, part bell pepper. Cajun Belle peppers have all the flavors of sweet bell peppers combined with a mild spicy heat that brings in a lovely zip into any dish.

Cajun Belle peppers can be eaten at any stage, but the longer they stay on the plant, the hotter and sweeter they get. Preserve them by drying, canning, or freezing.

They can be used in any recipes that call for bell peppers but adds to the dishes a mild spicy kick in addition to the sweetness of the bell peppers.

They work well in salsa, especially with moderately hot salsas that lean more towards sweetness. Stuffed peppers are a great dish to enjoy in late summer when green Cajun Belle peppers and tomatoes are in season. When you are preparing a red meat dish, the sweetness and mild heat of Cajun Belle peppers are a great complement. They pair well with green salads to produce a delicious salad with sweet heat. You can grill them for your BBQ. They are amazingly tasty when grilled, roasted, or stir-fried. 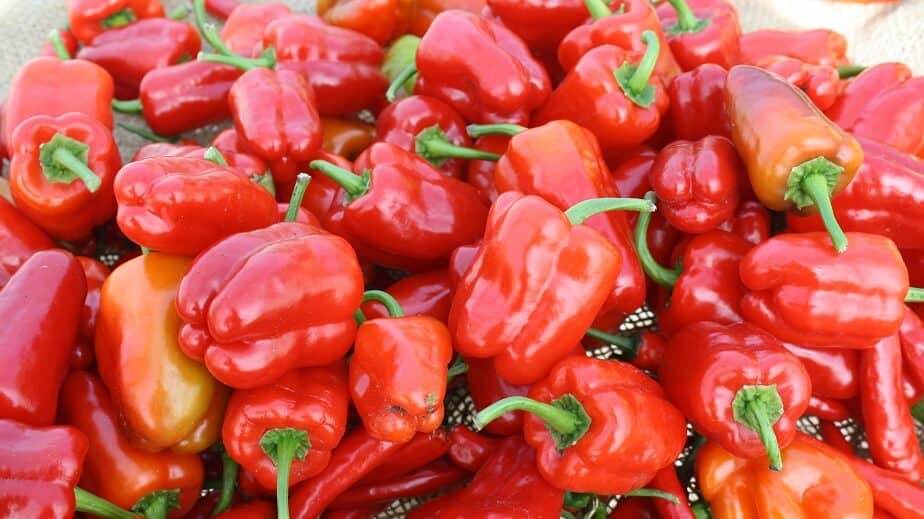 Where can you buy Cajun Belles?

These chilies aren’t widely cultivated and are rarely found in supermarkets and at regular groceries. You might find them in local chili farms known for sweet peppers. It’s easy to grow them if you can garden; Cajun Belle pepper seeds are easily available from online seed sellers.

When to harvest Cajun belle peppers?

The green Cajun Belle peppers can be harvested in 45 days and 60 days for red. They can be harvested and eaten at any time during their maturing period but the red peppers are sweeter and spicier than the green.

What are stuffed bell peppers Cajun?

A stuffed bell pepper Cajun can be made of any type of sweet bell pepper including Cajun Belle peppers. This is an all-in-one dish that includes veggies, meat, and starch. The key ingredients you require are tomatoes, green bell peppers, ground beef, ground pork, onion, medium-grain rice, ground black pepper, ground white pepper, and salt.

For further reading, look at other similar sweet peppers like Cubanelle Peppers, Cascabella Peppers, and Carmen Peppers which can be good substitutes for Cajun belle peppers.