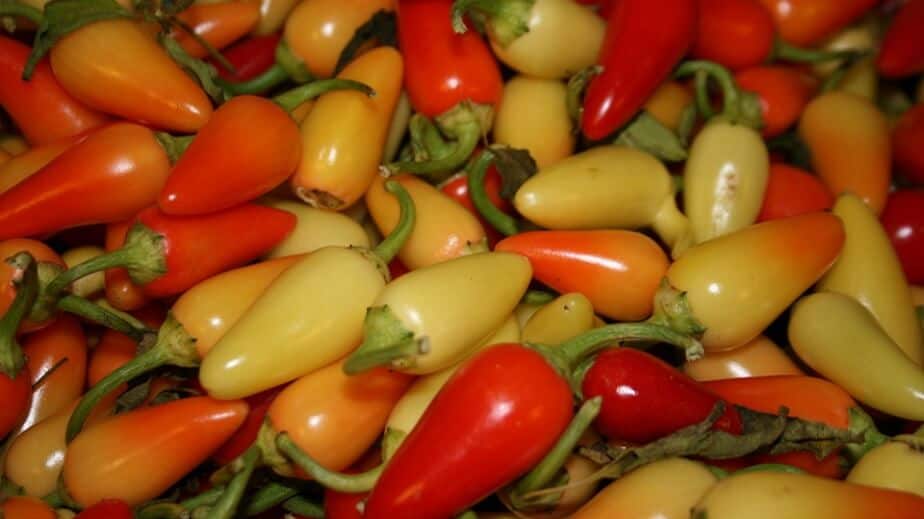 The Cascabella peppers are amazingly beautiful looking chilies with their waxy and bright yellow and red appearance. Many mistake them for banana peppers or Hungarian Hot Wax peppers for their similar look. Also, some confusion exists between Cascabel and Cascabella chilies for their similarities in name.

This colorful chili is bursting with flavors. Despite being not a popular chili, you would begin to love them once you’ve tasted them.

This article looks at all the important features of Cascabella Chili like origin, Scoville heat level, flavor, use, substitutes, and more.

What Are Cascabella Peppers?

Cascabella peppers are hot wax-type chilies that belong to the Capsicum Annuum species of plants. The conical-shaped pepper cones grow about 2 inches in length. It’s a mild pepper with an enjoyable fruity-sweet flavor. The conical-shaped pods with tapered points have thick walls and are glossy and waxy in appearance.

Cascabella plant normally grows to a max height of 1.50 feet (45.72 cm metric). This plant is very productive, usually within 70 days after planting the seedlings they begin to yield ripened fruits. The peppers change their color from yellow to orange and to red when fully ripe.

Fresh chilies are rarely available outside Mexico. However, you can buy dried or pickled peppers from online spice sellers or Mexican specialty shops. I would recommend you to buy heirloom seeds of Cascabella from online seeds sellers and grow them in your garden.

The heat levels of Cascabella peppers range between 1.500 and 5,000 SHU on the Scoville Scale. Heat-wise, they are more or less on an equal footing with the common Jalapenos. Other peppers that have similar heat levels are Poblano, Chipotle Jalapeño, and Mirasol, but Sandia and NuMex Big Jim are the closest. However, the Hungarian Yellow Wax Pepper, which has a similar appearance to Cascabella, is 2 to 5 times hotter on the Scoville Scale.

The peppers that come under 15,000 SHU are considered as mild as per the Scoville Scale standards.

Cascabella peppers have a fruity flavor with a considerable amount of sweetness. The aroma and flavor can be compared to sweet bell peppers but with enough heat to make your dishes noticeably spicy. In fact, most of us don’t expect them to be spicy because of their fruit-like outward appearance. There is also a good bit of earthiness that accompanies the fruity sweetness of the pepper. Overall, the taste of this pepper has a perfect balance of sweetness and spiciness; suitable for a wide range of recipes like salsa, soups, and vegetable dishes. Remember to wear gloves and kitchen goggles while preparing peppers to protect your skin and eyes from chili burns. 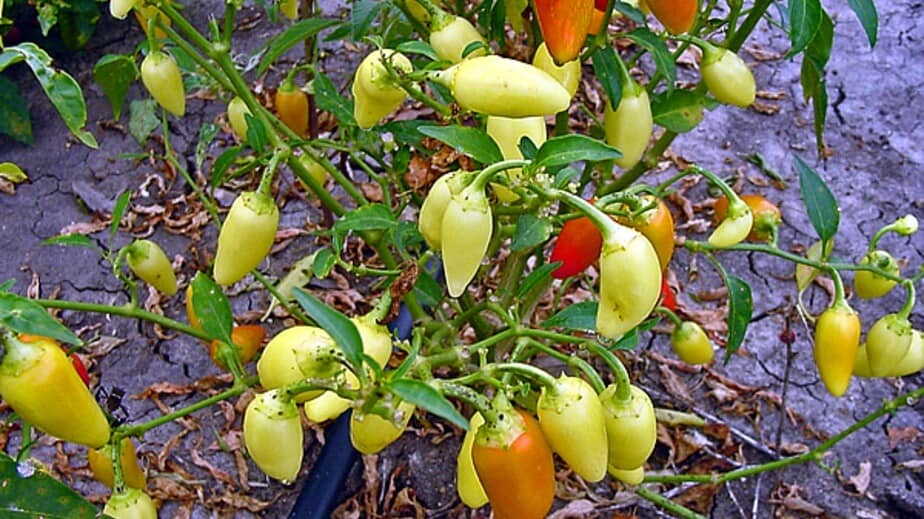 How Is It Used In Cooking?

Like any sport peppers, Cascabella peppers are great for pickling; usually pickled when yellow. Pickled peppers offer spicy hot bites when added to soups, salad, or pimento cheese; also work for stuffing and garnish, or can be used as snacks.

Yellow peppers besides adding a mild spicy kick to sauces and salsas add a colorful attraction to them. The mild heat and sweetness of Cascabella chiles is a flavorful addition to salads and hot oven dishes.

Many gourmet chefs use them to jazz up their dishes as the mild spiciness of this pepper instantly enhances the flavor of many dishes without being overly hot or salty.

Many mistake Cascabella and Cascabel peppers as one and the same for their names spell and sound almost the same. However, they are entirely two different peppers with no similarity in appearance or flavor though the heat level remains nearly the same for both. Cascabel is cherry-like chilly that looks like a small ball or cherry and has a complex mixture of smoky, earthy, and sweet flavors. Mostly the dried Cascabel peppers are used in cooking; the dried pods with loose seeds in them make a “rattle” or “bell” sound when shaken. The color of Cascabel pepper is deep red when ripe and turns to dark brown when dried.