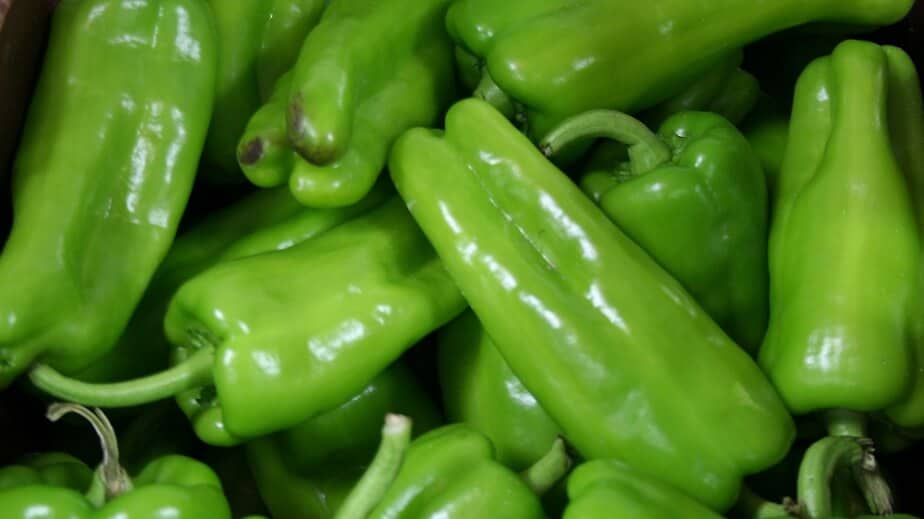 What are Cubanelle peppers?

The Cubanelle, also known as “Cuban pepper” and “Italian frying pepper”, is a type of sweet pepper. The Dominican Republic is the main exporter of this cultivar. Mostly, you can find this chili used in authentic cuisines from Cuba, the Dominican Republic, and Puerto Rico. In Italian cuisines, they occupy a key position in fried sweet pepper dishes.

This pepper appears light yellowish green when unripe and orange to red when ripened. They have a close similarity to bell peppers and banana peppers.

The pods grow to 4-6 inches long and 2 inches wide when fully matured. Cubanelle chili has a glossy shine with a smooth and firm outer shell.

Basically, this is sweet pepper, although it has a mild to moderate level of heat.

Cubanelle pepper comes within the range of 100 to 1,000 Scoville heat units. Not spicy. Its heat level comes in the same range as poblano pepper, a very popular mild chili pepper.

This pepper is popular not for its heat but for sweetness. The thin walls of the pepper have a spacious inner cavity that makes them somewhat okay for stuffing but great for frying.

Cubanelle peppers are sweet and crunchier than a typical bell pepper. Usually, you might experience a slight simmer of heat from this chili. It is generally categorized along with sweet pepper. The hottest pepper is a minimum of 3 times milder than Jalapenos at their lowest level of heat. Still, some might sense a throb of heat, depending on the heat tolerability of a person. This pepper tastes best when fried with a little olive oil.

What To Do With Cubanelle Peppers?

When you think of pepper stuffings, Cubanelle peppers are a wonderful option to consider. Likewise, they are exceptionally good for your casseroles, salads, or a yellow mole sauce.

Minced Cubanelle peppers taste great on pizza or subs. Chicken or turkey stuffed peppers taste yummy. Try to stuff them with your favorite mixture, then bake or grill them, and you have a refreshingly delicious dish.

Some love to add this pepper to vegetable dishes just as you do with bell peppers.

To your advantage, they get cooked fast as they have thinner walls than the bell pepper. Their large pods with thinner walls also make them exceptionally good for grilling, baking, or filling.

It’s easy to prepare a quick snack by pan-frying this pepper and dashing them with a pinch of salt. 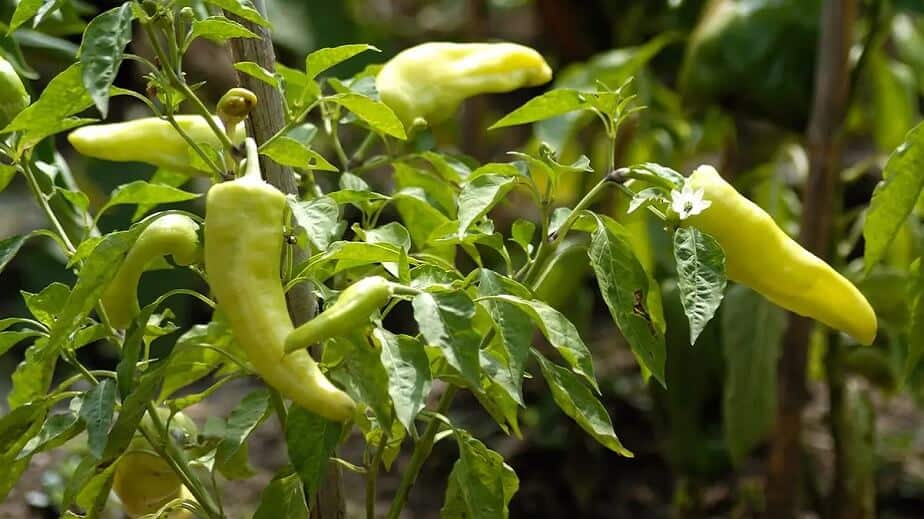 In appearance, they look almost like banana pepper or Anaheim pepper; about six inches long and two inches wide, and are curved. They start out as yellow-green and turn to deep red when fully matured.

Are Cubanelle and banana peppers the same thing?

They both look almost the same and have similar flavor and heat, but they are not the same peppers. Cubanelle is slightly sweeter than banana pepper. The confusion becomes even more confounded as both these peppers are commonly used in subs, sandwiches, pizzas, and salads. They can be used interchangeably in most recipes.

But Cubanelle is the same thing as an Italian frying pepper?

Yes. They are one and the same. The name “Cubanelle” literally means “little Cuba” but the peppier is Italian in origin. Italian frying peppers are a type of Capsicum annum variably referred to as Italianelles, Cubanelle, or Sweet Italian Long peppers.

Where can you buy Cubanelle peppers?

Essentially, Cubanelle peppers are mostly used in Italian, Cuban, and Dominican Republic cooking, and are easily available in those countries. With the increasing popularity of this chili, currently, many supermarkets in the US and Europe sell them, especially in areas where a sizeable population of Italians or Caribbean people live. If you have a green thumb, you can buy the Cubanelle seeds from garden centers or online vendors.

When to pick Cubanelle peppers?

Cubanelle peppers can be picked and eaten at any stage. Generally, the fully grown peppers still green tastes the best. Usually, the mature fruits are ready for picking about 70-80 days after planting the seedlings.

Can you freeze Cubanelle peppers?

Just like most other peppers, Cubanelle pepper can be frozen; you don’t need to blanch them, unlike some vegetables. Frozen peppers do not turn to mush when thawed either. However, frozen peppers lose a good bit of their crunchiness, but maintain the color and flavor of the fresh pepper.

How are Cubanelle peppers different from Poblanos?

Italian frying peppers are a lot similar to poblanos in heat, but they are sweeter and more flavorful. Like the bell peppers, poblanos have thick walls and are suitable for stuffing. On the other hand, long sweet peppers have thinner skin walls and are ideal for frying.

Also, have a look at the all-important features of poblano peppers in another article here.