It is crucial to follow the right criteria for diagnosing a borderline personality disorder. Because BPD has several similarities to other mental conditions like mood disorders.

Unfortunately, a large number of BPD patients are not identified even during counseling and psychiatric tests.

Most cases of borderline disorder come under observation after a suicide attempt or threat. It usually happens when the patient is taken to an emergency department.

It is good to learn about the current diagnostic criteria for borderline personality disorder. The most commonly followed criteria for BPD diagnosis are the Diagnostic and Statistical Manual of Mental Disorders, Fourth Edition (DSM-IV-TR) published in 2000.  And in 2013, DSM-5 criteria were introduced with further updates of symptoms for diagnosing BPD.

DSM contains a list of symptoms associated with the diagnosis of a particular mental disorder. It also suggests the number of symptoms required for confirming the actual existence of the disorders like BPD.

The symptoms should have a pervasive pattern of instability of interpersonal relationships and self-image. The patient begins to show impulsivity beginning of early adulthood, and the symptoms may be present in a variety of life situations and contexts. At least five or more of the following symptoms must exist to validate a possible case of BPD. The criteria are:

The Diagnostic and Statistical Manual of Mental Disorders (DSM–5) is the product of more than 10 years of effort by hundreds of international experts in all aspects of mental health.

Summary of the Criteria included in DSM-5 are:

Moderate or greater impairment in personality functioning; two or more of the following criteria:

Four or more of the following seven pathological personality traits must be present:

The impairments in personality functioning and the individual’s personality trait expression are relatively inflexible and pervasive across a broad range of personal and social situations.

The impairments in personality functioning and the individual’s personality trait expression are relatively stable across time with onsets that can be traced back at least to adolescence or early adulthood.

The impairments in personality functioning and the individual’s personality trait expression are not better explained by another mental disorder.

The impairments in personality functioning and the individual’s personality trait expression are not attributable to a substance (e.g., a drug of abuse, medication, exposure to a toxin) or a general medical condition (e.g., severe head trauma). 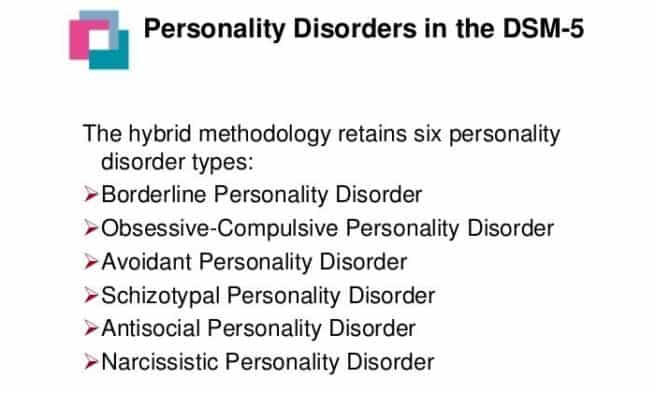 Strength and Reliability of Criterion for Diagnosing BPD

The Diagnostic and Statistical Manual of Mental Disorders (DSM) has been developed and evolved over two decades. A team of expert psychiatrists and psychologists jointly developed DSM criteria. Most of the team members are preeminent BPD researchers with several years of experience in dealing with BPD patients.

The American Psychiatric Association also makes continuous efforts to refine criteria according to the latest research findings in mental disorders.

It is difficult to diagnose BPD because of many other psychological disorders and medical problems that have similar symptoms. Therefore, it is necessary to avail of the service of a qualified and well-experienced mental health expert to diagnose the disorder.

A proficient psychiatrist or psychologist will carefully conduct a thorough assessment and make a correct diagnosis.

A proper and complete assessment of the BPD involves several steps such as: