Borderline personality disorder (BPD) is common to men and women. According to a non-clinical survey, the prevalence of BPD is 1.6 percent and the lifetime prevalence is 5.9 percent in the United States of America.

Misconceptions apart, the male borderline disorder is as much prevalent as women with BPD.

Distinguishable symptoms of BPD are detectable from childhood. However, the symptoms come into prominence during adolescence and adulthood.  Both for men and women, a reduction in BPD traits happens with the advancement in age.

In most of the cases, the borderline personality disorder in men is overlooked. BPD traits in a male patient are often generalized as an anger management issue.

As a matter of fact, BPD male exhibits stronger expressions of aggression, anti-social behavior, and violence than a BPD woman. Men with the borderline disorder are highly prone to substance abuse and drug addiction than a woman.

Unfortunately, the borderline disorder in men gets misdiagnosed as an antisocial personality or anger management problem.

Common traits and symptoms of BPD manifestations in men are:

BPD Is Not A Female Centered Disorder

Approximately, the borderline disorder in women is at a ratio of 3-to-1 to men.

But the population studies suggest the occurrence of mental disorders is evenly distributed among men and women.

Importantly, statistically more women than men are diagnosed with BPD. Women are more open to BPD diagnosis and seeking professional help than men. In most cases, men try to conceal the symptoms, and for this reason, misdiagnosis of BPD in men is common.

In fact, manifestations of BPD in men and women are interpreted differently. Borderline disorder symptoms in men are confused with narcissist characteristics.

Most BPD men do have a series of stormy relationships in their life. He will fall in love quickly and can fall out of love at the same speed.

They get easily offended even for silly matters. For this reason, they cannot maintain a friendship or family relationship for long. BPD men hold grudges after a fallen out relationship. BPD men in a relationship may exhibit the following traits:

Other Mental Disorders Occurring Along With BPD

Borderline disorder in men can turn in to a complex mental problem involving other mental disorders as well.

Some of the BPD men also become anti-social and quarrelsome.

Do not ignore or confuse the borderline disorder traits in men as other minor mental disorders. A qualified mental health expert can correctly diagnose the symptoms BPD in men.

Input from partner or family members on the behavioral aspect of the patient may help in the diagnosis of the disorder.

There is a strong relationship between BPD and drug addiction in men.

When a BPD man takes up substance abuse or alcohol addiction it brings out antisocial behaviors like rage, anger, and violence.

Yet, the man with borderline disorder feels a strong inclination to use alcohol, weeds or drugs. Drug abuse gives him temporary relief from fears, inhibitions, depression or anxiety feelings.

The outcome of substance abuse by BPD patients destroys their mental and physical health. It increases the severity of symptoms such as:

A few symptoms of BPD and drug addiction are overlapping. It is rather difficult to distinguish between these two disorders.

Undoubtedly, you need to find an efficient co-occurring disorder rehab center to treat BPD men with substance abuse. It is useful for the patient to attend addiction counseling services and behavior therapies for drug abuse.

The process and progress of recovery from dual diagnosis are going to be intense and long. It involves multiple interventions and regular monitoring. Mostly, drug addiction treatments include medications and behavioral therapies.

Treatment Options for Men with BPD

First of all, it is a difficult task to make a man acknowledge borderline disorder in him. It is even more difficult to convince him of BPD treatments. Men are less cooperative in psychotherapy, unlike women.

BPD is a serious psychiatric illness, and its treatment is a challenging affair with routine psychotherapy for a very long period.

A licensed psychotherapist or counselor can supervise the medications and therapy during treatment.

Of course, rehabilitation programs are necessary for those addicted to drugs or alcohol. In such cases, it is best to get treated at rehabilitation centers where both mental disorders and addiction issues are simultaneously treated.

The treatment for co-occurring disorders like BPD and addiction at a rehabilitation center will last for a minimum of 30 days to 6 weeks. Treatment procedures would involve therapeutic interventions and psychotherapy. Alternative remedies like yoga, meditation, and nutrition therapy may benefit neurotransmitters and dopamine in the brain.

Another important aspect of borderline disorder treatment is behavioral modification. It requires the support of peers, family, and counselors.

Usually, recovery from the borderline disorder for a male patient takes a long time. Some BPD men never recover fully from the disorder as they are obstinate to psychotherapy procedures.

Despite the difficulties, the determination and persistence of the patient and therapist can drastically improve the BPD symptoms. Some of the psychiatrists and counselors prefer gender-specific rehabs for men.

Bonding with family and peers can greatly benefit from the faster recovery of BPD males. 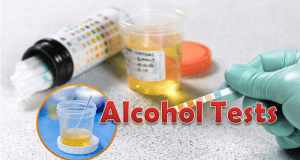