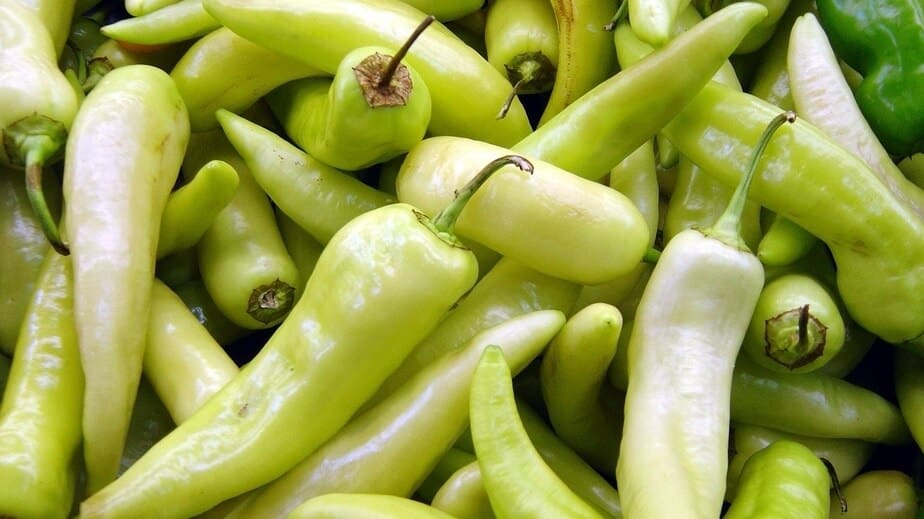 The name “banana” assigned to a pepper evokes curiosity, especially to those who aren’t familiar with this chili pepper. They are named ‘banana pepper’ because of their resemblance to actual bananas. Their yellowish color and shape very closely resemble ripe bananas, so the name is a reference to this similarity. This article unravels all the basic info you need to know about this well-known pepper.

What Are Banana Peppers?

The banana pepper, also known as banana chili or yellow wax pepper, is botanically classified as Capsicum Annuum, a member of the Solanaceae or nightshade family. It’s a mild, medium-sized chili with a typically bright yellow hue but as they ripen the colors change from yellow to red or orange.

The pods are slender and elongated, averaging five to twelve centimeters in length. They have the signature curved and conical shape with tapered, pointed ends. The outer skin is waxy, glossy, and smooth; underneath the skin, the flesh is crisp and thick, and the central cavity is filled with several cream-colored round seeds.

Ideally, this pepper grows best in a warm, frost-free climate (50 to 80 Fahrenheit), you can plant banana peppers anytime; they yield the best harvest in summer. Chili banana has its origin in Hungary and is now commercially cultivated in many parts of Europe and the US.

Most supermarkets and groceries sell banana chilies both fresh and pickled peppers. Easy to buy seeds of this chili from heirloom seed sellers online or at farmers’ markets.

Are they hot and spicy? They are very mild peppers with heat levels ranging between 0 to 500 SHU on the Scoville Scale. The heat varies according to the maturity of the pepper; contrary to most other peppers, the tender ones are hotter than the ripest peppers.

Most people won’t even get a hot or spicy feel while eating them, offering neither heat nor a slight tingle. Basically, it isn’t a hot pepper. In comparison to Jalapeno pepper with heat ranging from 2,500 to 8,000 Scoville heat units, the banana chili is typically 5 times milder than the mildest Jalapeno. Heat-wise the close substitutes for banana chili substitutes are Cubanelle Pepper (0 to 1,000 SHU) and Anaheim Pepper (500 to 1,000 SHU). 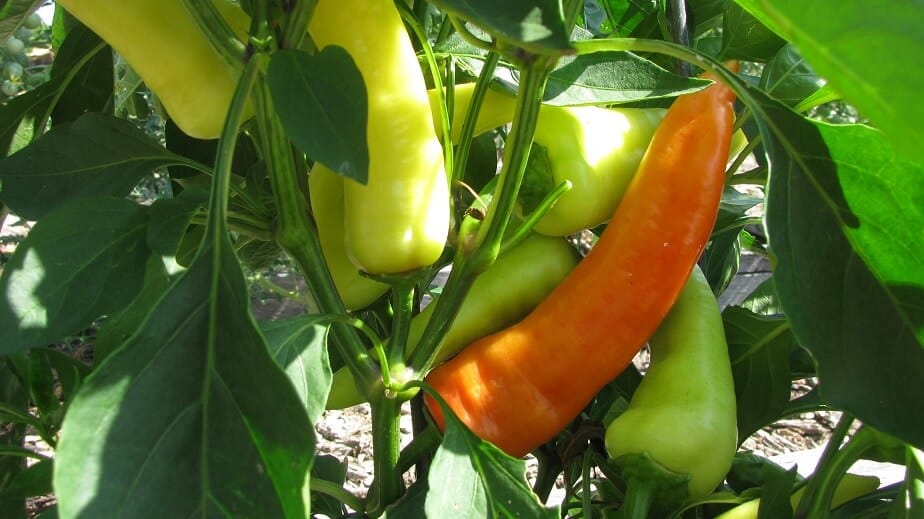 Sweet yellow wax pepper isn’t spicy at all, in fact, they are a minimum of five times milder than the mildest Jalapeno pepper. Lingering gentle sweetness and crispy texture are vivid characteristics of this pepper. The flavor of this pepper is nearly the same as pepperoncini with a tangy sweetness. It’s fleshy hard chili that acquires the taste of the ingredients used along with them in cooking. When they are pickled, they turn more tangy and sweet with hardly any heat. Similarly, hot banana peppers will have a spicy smell and substantial heat. This pepper will lose even the little heat it has if the seeds are removed before use.

Banana chilies are popularly used in several recipes from making salsas to chopping and sautéing as part of Mirepoix, pickling, or tossing them into salads.

Stuffed banana chilies are served warm with a wide array of Italian cheeses and sausages. Diced or chopped banana chiles are an important ingredient in many relishes and they are also used for sweetness along with other peppers that add heat to a dish. Jellied peppers are often used along with Jalapeno or other hot peppers. 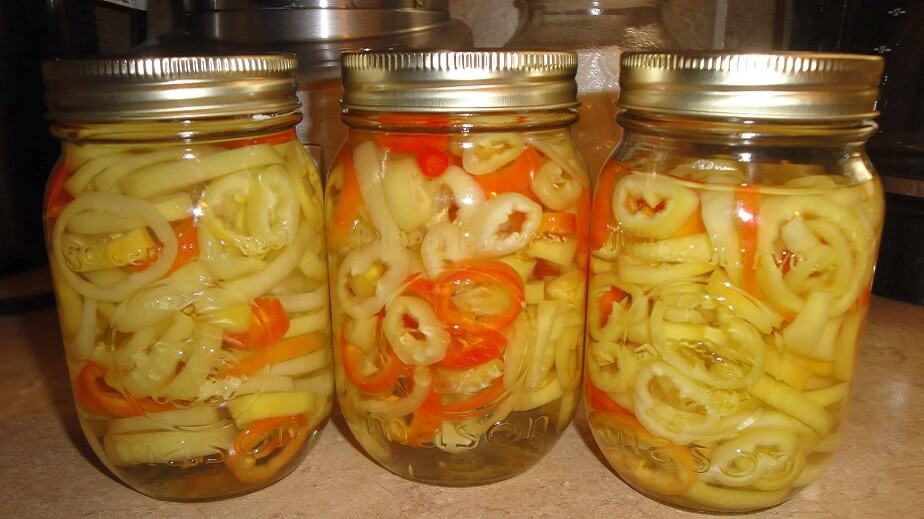 Banana chilies are very healthy due to their high fiber content. They are rich in many key vitamins and minerals. Raw peppers contain 92% water, 5% carbohydrate, and a small traceable amount of protein. About 100 grams of banana chili contains 100% of the Daily Value (DV) of vitamin C. Similarly, about 28% DV of Vitamin B6 is present in this pepper; also few other nutrients in small trace amounts.

Many dieticians recommend the consumption of yellow wax pepper for they are highly filling with very few calories. They help to accelerate the digestive process, increase your metabolism, and are even useful for preventing or curing stomach ulcers. The high fibrous content in them prevents or treats constipation and makes healthy your digestive system.

Another suitable and easy alternative to Banana pepper would be the small sweet yellow bell pepper or a mild Italian sweet pepper.

Still, another possible replacement for this pepper is the Hungarian wax pepper (15,000 SHU), especially if you are fine with a much higher level of heat. Despite the big difference in heat, they have a similar flavor, appearance, and culinary uses.

For further reading, find out all facts on Bolivian Rainbow Pepper in another article on this blog.