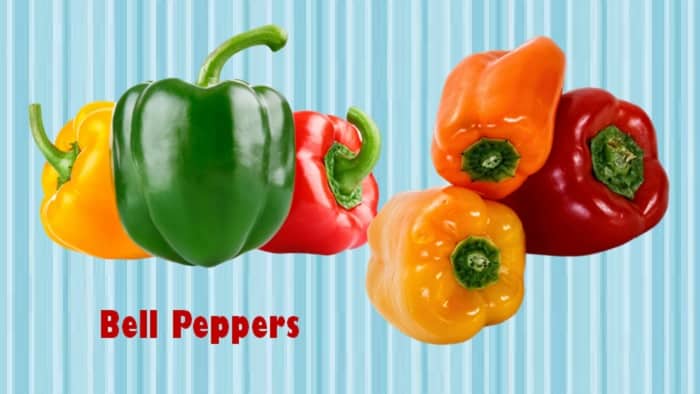 Bell Peppers are bell-shaped peppers that are popularly used in several recipes across the globe. The cultivars of the plant produce this pepper in different colors like green, red, orange, yellow, white, and purple.

In the pepper scale, bell peppers are grouped with less pungent pepper verities as ‘sweet peppers’. But there are a few varieties of this pepper such as Cajun bell peppers which are both sweet and spicy.

A roasted bell pepper soup or turkey stuffed bell pepper are wonderfully tasty and relishing. No doubt, bell peppers are easily found everywhere, but still, you may like to try an alternative for a regular thing that can be boring.

While choosing a substitute for bell peppers, you may want to try another pepper with the same grassy bright flavor or go with something spicier or sweeter. Fortunately, you have many options of low or moderately hot chili peppers and vegetables that make amazing alternatives to bell peppers.

Almost every vegetable vendor has bell pepper on sale. Still, if you have difficulty in getting hold of it or you desperately want to try something else in place of the usual bell pepper then look for its replacement. I have put together a list of useful bell pepper substitutes that are worth considering in a pinch. Here are the stand-in ingredients for bell pepper:

Poblano chilies share a close similarity to bell pepper. They have thick meaty walls and large cavities suitable for stuffings like the bell pepper.

Currently, poblanos are becoming easily available in most places.

You won’t find the bright grassy flavor of green bell pepper in poblano but a richer, earthier flavor. Bell peppers are rather sweet but the poblanos have a mild simmering heat that ranges from 1,000 to 1,500 Scoville Heat Units.

Despite the differences in flavor, poblano is the best substitute for bell peppers as both can be used in cooking in the same way. Even some of the substitute peppers for poblanos will work in some recipes.

Like the poblano, Cubanelle peppers have mild heat but are slightly sweet and crunchy like the bell pepper. This pepper has thinner and spacer inner walls that make them ideal for stuffing. Cubanelle is a wonderful alternative to bell peppers in casseroles, toppings on pizza, or salads.

For people who are averse to the assertive grassy flavor or sweetness of bell peppers, switching over to Cubanelle chili will be a gratifying substitution. You may also opt for Cubanelle pepper substitute pepper as a replacement for bell pepper.

Anaheim peppers are hotter than bell peppers, but their mild heat is tolerable for most people. After cooking, this pepper turns quite sweet like the bell pepper. Also, the smoky, tangy undertones of cooked Anaheim are lovely to relish.

For another similarity, Anaheim has wide, thicker inner walls that make them ideal for stuffing as you do with a bell.

On the whole, Anaheim is a good replacement for bell pepper though its mild heat may be bothersome.

Pepperoncinis, also known as Tuscan or sweet Italian peppers, are sweet, tangy, and mild chili peppers. These bulbous-shaped peppers are useful for stuffings though they are smaller in size than bell peppers.

In a pinch, this pepper is a ‘just manageable’ alternative to bell pepper.

Zucchini, also known as courgette, is a summer squash in the Cucurbitaceae plant family. The sweetness in zucchini becomes more evident when it is cooked.  The versatility of Zucchini allows you to use it as a substitute for green bell pepper in most recipes that call for the bell. It works amazingly well for stuffings. Just like the bell pepper, a good ingredient in stir-fries, casseroles, or any savory dishes.

The bell pepper usually turns soft and slimy once cooked which is quite dislikable for many. If you are looking for a bell pepper substitute that holds its shape and crispy bite then go for broccoli. This super-healthy vegetable from the cabbage family works well in stir-fries and soups.

A few florets of broccoli in your dish will add an earthy and mildly bitter taste. Most chefs say that broccoli is the best bell pepper substitute outside of the Capsicum genus.

Bok Choy, a leafy green vegetable known as Chinese cabbage, brings a sweet and crunchy taste to your recipes like the red bell peppers. The versatility of this vegetable allows you to use them as a stand-in ingredient in many recipes that call for bell peppers.

Usually, the dark green leaves of Bok Choy are bitter and not used in cooking. Only the white stalks, minus the leaves, are chopped into small pieces for use in dishes. 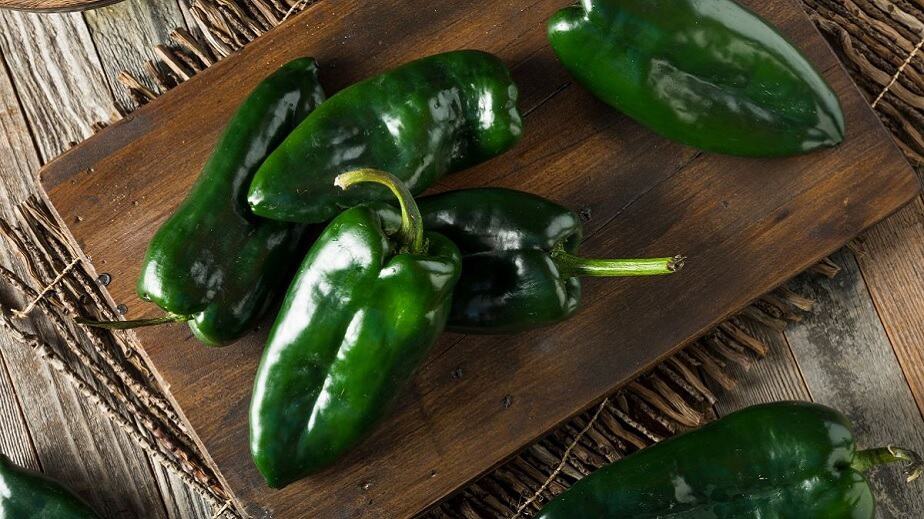 What is a substitute for green bell pepper?

Can I substitute celery for bell pepper?

Celery has a mild flavor that will not overwhelm the core taste of whatever dish you are making. In a pinch, you can use celery as a substitute for bell peppers in both raw and cooked dishes. Of course, they differ in texture and appearance which will produce a visible difference in your recipe.

Can I use mini sweet peppers instead of bell peppers?

Is a green pepper the same as a bell pepper?

Yes. Bell peppers come in different colors like green, red, orange, yellow, white, and purple. Typically, unripe fruits of most variants of bell peppers are green, less commonly, pale yellow or purple. The red bell peppers are nothing but the ripened green peppers. However, the permagreen variety of bell peppers maintains its green color even when fully ripe. In fact, all peppers in general exhibit mixed colors in their process of growing and ripening.

What can I substitute for bell pepper in gumbo?

What can I substitute for bell pepper in fajitas?

Avocado and red beans are often used in chicken fajitas without bell peppers. Poblano peppers are a great ingredient to use in place of bell peppers in fajitas.  Cubanelle and Anaheim peppers are slightly sweet and crunchy, and they could be a good replacement for bell peppers in a fajita.

Bell pepper is ubiquitous, yet looking for an occasional alternative isn’t a bad idea. To replace bell pepper with something that has close similarities, then try using Poblano, Anaheim, or Cubanelle peppers. Zucchini and broccoli are the best bell pepper substitute outside the family of the Capsicum genus.

Continuing with peppers, also read about Corno Di Toro, and Carmen Peppers which are a lot similar to bell peppers in appearance and flavor.