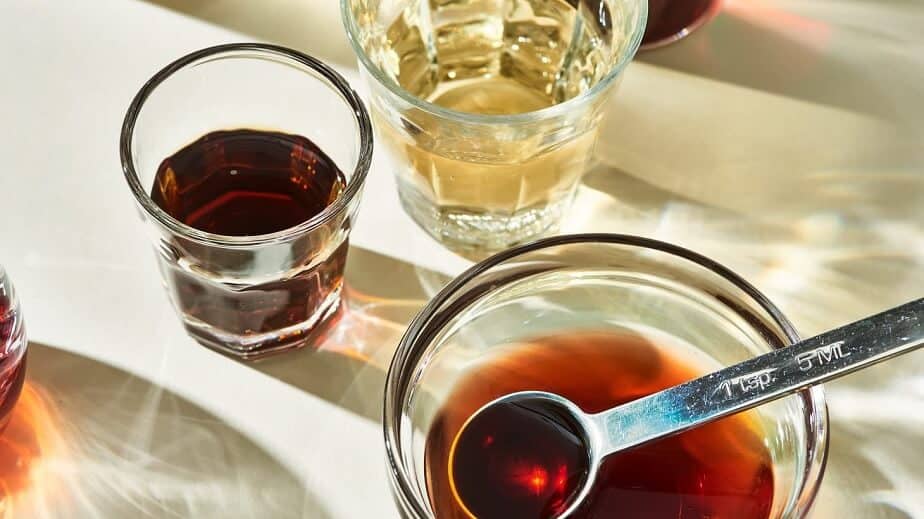 What Is Sherry Vinegar?

Sherry vinegar (vinagre de Jerez) is a gourmet wine vinegar made from sherry that has its origin in Spain.

This vinegar has a mild flavor than the sometimes harsh red wine vinegar but is less sweet than balsamic. The aroma and flavor depend on the aging of the vinegar in oak barrels. The best quality sherry vinegar is labeled as “reserva” which is aged for a minimum of two years up to 10 years, and “gran reserva” aged beyond 10 years.

The longer the vinegar ages in barrels, it has stronger woody flavor and aroma. Also, it makes the vinegar more complex and concentrated.

Sherry vinegar has a non-astringent and tawny flavor with a more rounded and softer flavor than regular wine vinegar.

The tastes get uplifted just by drizzling a few drops of this vinegar on a finished dish. You can also use it half-and-half with another vinegar or lemon juice in vinaigrette. Sherry vinegar works well in sauces, steaks, and marinades.

There are three categories of sherry vinegar, based on the period of ageing in American oak casks:

Age is the standard criteria for classifying the quality of sherry vinegar but it can still vary according to the type of grapes that go into making it.

The traditional vinegar and winemakers from the Spanish province of Cádiz make use of three chief grapes: crisp palomino, raisiny Pedro Ximenez, and honey-sweet Moscatel. The sherry vinegar made from each of these grapes varies in consistency, color, and taste.

Palomino: Light, sharp vinegar in yellow golden color is made in the same style as its namesake palomino drinking sherry, with minimal oxidation. It has a mellow brightness and is ripe with floral, pear-like flavors. Palomino is considered the standard category of vinegar.

Pedro Ximenez: Dark and intense vinegar made of pale white grapes that are jammy and sweet. It tiptoes between sweet, savory, and sour, you might also experience hints of Worcestershire sauce and stewed tomatoes in it.

Moscatel: Sweet and fruity vinegar clear amber in color is made from Muscat of Alexandria grapes known for their floral perfumed aromas and dewy fruit taste. As vinegar, they practically defy typecasting – its taste can be defined as sweet, smooth, and rich.

What is Sherry Vinegar used for?

Sherry vinegar has uses in galore, especially when you are preparing any of those famous Spanish classic dishes like gazpacho, Ajo Blanco, salmorejo, green gazpacho, and asparagus vichyssoise. There is no better vinegar than sherry to cool yourself in the hot summer.

If you aren’t sure to go about with it, next time just use it in different ways as:

Sherry cooking wine does not have the acidic qualities of vinegar and contains about 16-18 percent alcohol. When used in cooking, they add a killer taste gentle sweetness to dishes, and help to tenderize meat.

Sherry vinegar is fermented sherry wine that has the key qualities of vinegar, especially the acidic taste. Sherry wine has a caramel-like nutty flavor but its vinegar is acidic, sweet, and nutty.

Both are made from sherry vinegar but they differ in color, taste, and uses. The best substitute for one vinegar is another type of vinegar with a similar taste. You cannot use sherry cooking wine as a substitute for sherry wine and vice versa. 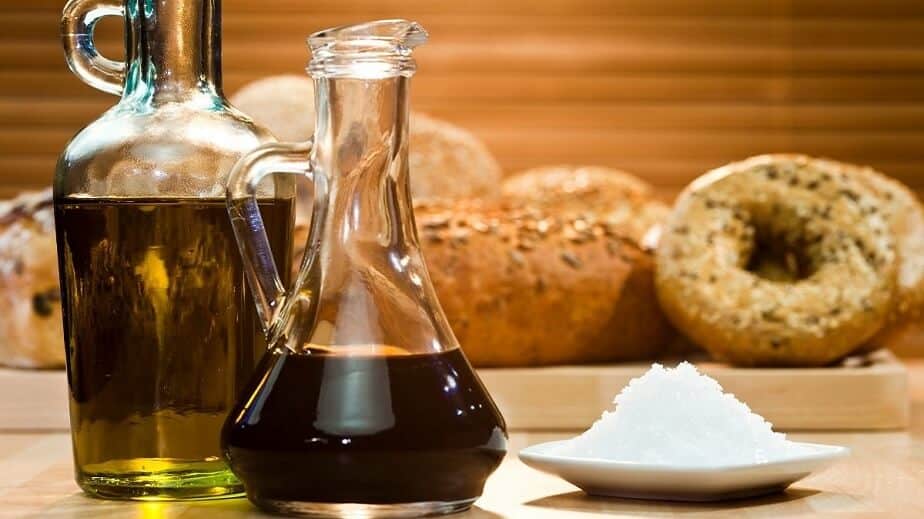 Sherry wines are either sweet or dry. By the way, the word “dry” refers to the absence of sugar (sweetness) in the wine.

Dry sherry is a kind of white wine from Andalusia in southern Spain; unlike other sherry products, it isn’t sweet and many of them are dry. It’s produced through a process of complete fermentation with hardly any content of residual sugar leftover from the grape juice. The quality of the dry sherry wine is categorized depending on the aging process such as biological aging, oxidative aging, or a combination of both.

Dry sherry is not vinegar but it’s dry white wine with about 15 percent alcohol. Dry sherry has limited use in cooking unlike cooking sherry or sherry vinegar.

Is sherry vinegar the same as red wine vinegar?

Is sherry vinegar the same as balsamic vinegar?

No, they aren’t the same. Balsamic vinegar is a dark brown vinegar that’s made from unfermented grape juice (freshly crushed grape juice with all the skins, seeds, and stems) and originates from Italy. In comparison to sweet, mild sherry vinegar, it has distinctive, complex, bold flavors and a tart aftertaste.

If well stored, the shelf life of vinegar is indefinite. Because of its acidic nature, vinegar is self-preserving and does not need refrigeration. Store the sherry vinegar in an airtight glass bottle in a cool, dark place. You might see cloudiness or sediment in homemade vinegar; it might also develop a slimy substance called a “mother,” which may look scary but is actually harmless.

Does sherry vinegar have alcohol?

Where to buy sherry vinegar?

You can get this vinegar from the vinegar section (usually near the spice aisle) of a good grocery store or supermarket. Also, you may source the best brands of Spanish vinegar such as Montegrato, Capirete, or Gran Gusto from online stores such as Amazon, Walmart, or others.

For further reading, follow the link to find out all facts on different types of vinegar for cooking on this blog.