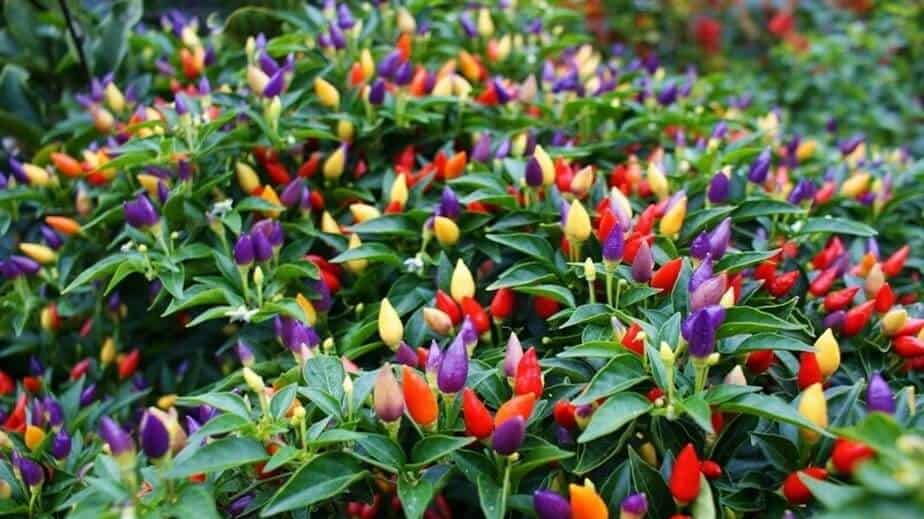 From the historical era, South America, especially Peru and Bolivia, is well known for numerous varieties of chili peppers they have; also the several pepper-based cuisines. Today, the largest diversity of Capsicum peppers is consumed in Bolivia. According to a study, Bolivia has 487 accessions, representing all five domesticates and four wild taxa of Capsicum peppers. One of the most talked-about, chili from Bolivia is the Rainbow pepper, and in this article, I have put together all the important facts about this chile.

What is Bolivian Rainbow Pepper?

The Bolivian Rainbow Pepper is a multicolored ornamental variety of chili that not only makes colorful landscaping but also can add a pop of color to any dish. Arguably, this Bolivian pepper is one of the most beautiful ornamental peppers for sure. For centuries this wonderful-looking pepper has been grown and used by the Bolivians.

As regards the Capsicum plant, it’s a small bushy plant that belongs to the Annuum species and they produce a hundred small, water-drop-shaped hot chiles. The small pods begin to grow in creamy color, turn purple, then golden, then orange, and finally bright red. As new pods keep growing though out the season the plant looks beautiful with different colored chiles in different stages of growth. It’s a superb ornamental chili plant that looks like a beautiful Christmas tree.

The plant grows about two feet tall and has purple-tinged foliage and purple flowers. The conical-shaped small pods grow up to ¾ inch long.

Where to buy Bolivian pepper? It’s a rare pepper mostly grown in Bolivia for the purpose of ornamental landscaping. If you are living outside Bolivia, you can buy the Rainbow pepper seeds from online heirloom seeds sellers and grow them in your garden both for ornamental and culinary purposes.

This colorful berry-like pepper appears more like a sweet fruit but the heat deceives its appearance. Yes, most ornamental chilies are for serious chili eaters.

Rainbow pepper’s heat level ranges between 10,000 to 30,000 SHU.  According to some pepper experts, the heat level of a fully mature Bolivian chile can reach up to 50,000 Scoville heat units. Overall, this medium-hot pepper’s heat is comparable to Tobasco and Cayenne peppers; can be very hot for some but others may enjoy it. In comparison to Jalapeno, it’s five to 12 times hotter. 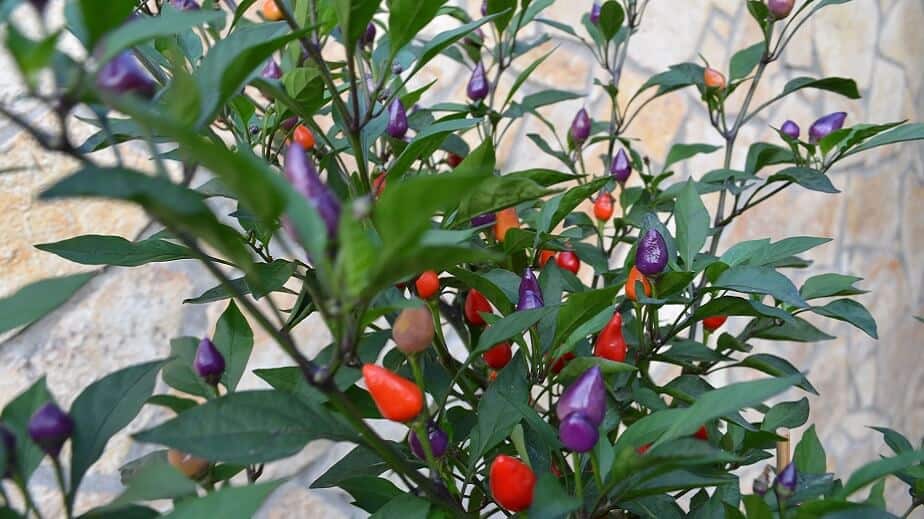 Yes, Rainbow pepper is edible like any other Annuum species of peppers and they pack a good punch enough to make your dishes hot and spicy. However, most people grow this chile for its ornamental elegance than for culinary reasons. Taste-wise, they aren’t great; in fact, they appear to be neutral in taste. This pepper is occasionally used in salads and salsa for the vibrant rainbow colors they bring; a suitable chili to make your dishes attractive with beautiful colors and spiciness as well.

Apparently, the beautiful-looking multicolored Bolivian pepper looks like a sour-sweet cherry. But nothing great or unique about the taste of Rainbow peppers. On the whole, their taste is neutral with nothing remarkable to enchant your taste buds. At best, the taste of Bolivian pepper is somewhat like bell pepper. They have a mild hint of grassiness and provide a crispy bite. This pepper won’t “wow” you with its plain and flavorless appeal. But for the heat, they are still a good bet you can rely upon.

Rainbow chile is edible like other popular chilies under Capsicum annuum species such as Cayenne, Jalapeno, Paprika, Serrano, or Bell Peppers. However, Bolivians love and grow this pepper for its pleasing beauty and elegance. When it comes to landscaping, there isn’t another ornamental pepper that can challenge the colorful and festive aura of Bolivian Peppers. Usually, this pepper is grown in pots and kept indoors, in alleyways, corridors, and in nurseries for the sake of its beauty which is comparable to a well-lit Christmas tree.

The medium-level heat and rainbow-like colors make this chili valuable in many dishes. It’s really wonderful to see the salads and salsas with colorful chiles. The small-sized chili with a good punch of spiciness is great for pickling; pickled Rainbow peppers in mason jars are a thing of beauty forever. A colorful chile pickle at a festive meal is something that you can be proud of.

For further reading, have a look at the all-important facts on Aji Limo Pepper in this blog.