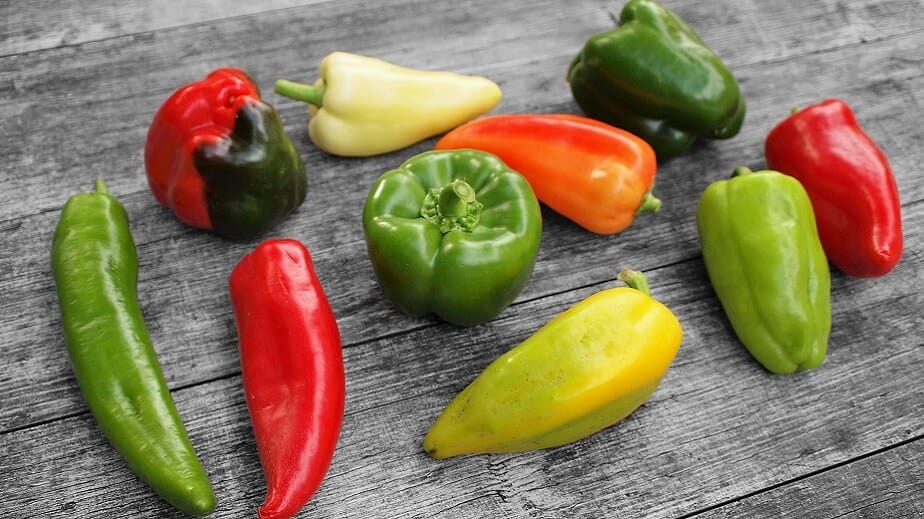 Paprika is a ground spice made from a blend of dried and ground ripened fruits of moderately hot peppers in the Capsicum annuum species. It’s made of peppers like cayenne peppers, chili peppers, Aleppo pepper, poblano pepper, and others.

This ground pepper mixture is mildly flavored and prized for its brilliant red color. It’s closely related to red pepper (cayenne), the most popular pepper of Capsicum annuum species.

By the way, paprika is different from chili powder. It’s made only of chilies and has a sweetness to it. Chili powder, on the other hand, is a seasoning spice made with a mixture of different types of chili peppers as a base with garlic powder and cumin. Favor-wise, chili powder is usually spicier than paprika.

The flavor of paprika differs according to the type of peppers and their origin.  Most varieties of paprika are moderately spicy but a few of them are made with fiery hot peppers. Others are sweet with no heat.

The spiciness of paprika depends on the flavorful carotenoids present in the fresh peppers that go into the making of the powder.

What Is Paprika Used For?

Paprika is a ubiquitous item invariably found in every kitchen across the world. Its common uses in cooking include:

Preferably, paprika is added towards the end of the cooking process as overheating can diminish both the flavor and color.

There are 3 different types of paprika and all the verities have significant differences in flavor and color. Very often when a recipe calls for hot or smoked paprika, most home chefs end up sprinkling in the regular stuff instead.

Sweet paprika: Also labeled as Hungarian paprika, is the most commonly used paprika; made from bright, sweet red peppers that don’t have much heat and spiciness.

Hot paprika: Made with extra-spicy red peppers, hot paprika is, of course, very hot and spicy; cayenne or other ground chilies go into its making.

Smoked paprika: Red peppers are dried and smoked over an oak fire to make smoked paprika. It’s a Spanish version of paprika that can be made from both sweet and hot pepper varieties.

What Is Paprika Good For?

The capsaicin compound in paprika has been proved to have a wide range of health benefits. The antioxidants in peppers can help to reduce the risk of heart diseases and cancer, alleviate gas, and even improve immunity.

In addition, the moderately hot chilies included in paprika may provide health benefits like:

Pain Relief: The capsaicin can produce analgesic effects on our body, and it’s therapeutically used for pain management. In fact, one of the prominent ingredients in most topical pain treatments is capsaicin.

Prevents Cancer: Several recent studies have indicated the anti-cancer effects of capsaicin.  Using paprika in your diet may provide improved defense against a wide array of cancers.

Aids Weight Loss: Studies have shown that capsaicin improves metabolism, especially the oxidation of abdominal fat. Xanthophylls, another compound in paprika, are useful for reducing abdominal fat and BMI.  Hot chilies in general can reduce appetite and caloric intake when incorporated as part of a healthy diet. 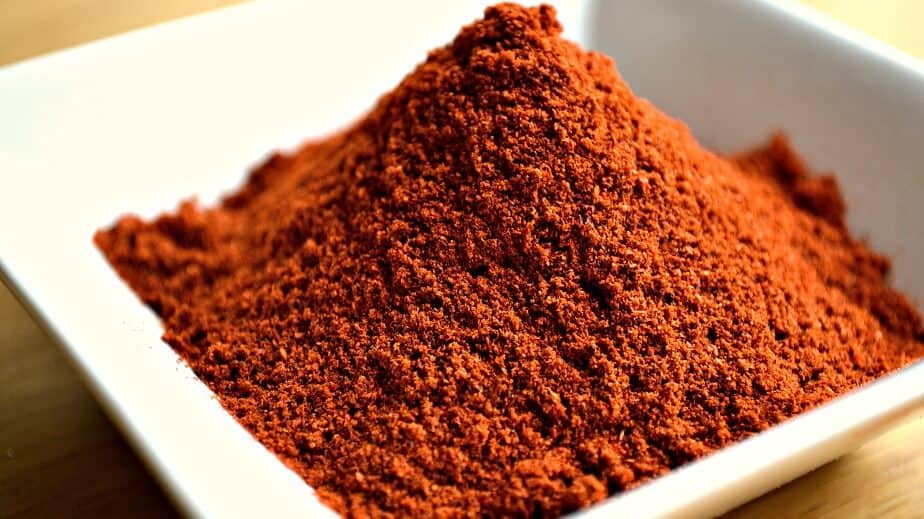 Where does paprika come from?

The peppers used in paprika production originated from North America, where they grow in the wild in Central Mexico and have for centuries been cultivated for centuries. In fact, Capsicum Annuum species of peppers belonging to the nightshade, Solanaceae family are native to tropical areas of the Western Hemisphere, including Mexico, West Indies, and South America.

Smoked paprika, also called pimenton or smoked Spanish paprika, is made of peppers that are smoked and dried over oak fires. This smoked variety of pepper has a smoky flavor and heat varies according to the type of peppers included. You can find 3 versions of smoked paprika which are mild, medium-hot, and hot.

What are the differences between paprika and smoked paprika?

What is Spanish paprika?

Smoked paprika is also known as Spanish paprika. They are made from peppers that are smoked, dried, and then ground in powder. This ground pepper has an earthy complex flavor with distinctive notes of smokiness.

What is Hungarian paprika?

In the Hungarian language, the word paprika refers to pepper. Hungarian-style paprika is hot and sweet and is generally accepted as superior to all other varieties. It’s made from peppers that are specially sorted, toasted, and blended to create different varieties.