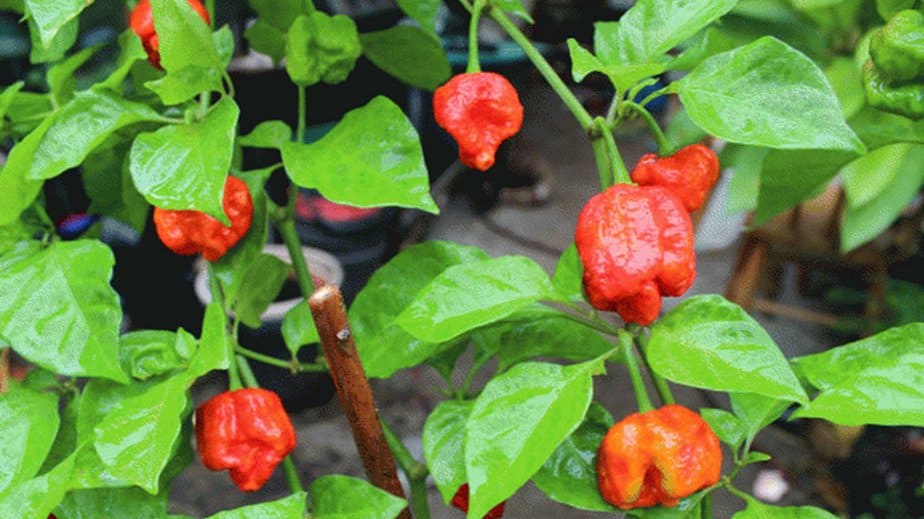 CONTENT
What Is Infinity Chili?
Origin And History
Infinity Chili Pepper Scoville Heat Units
What Do They Look And Taste Like?
Uses In Cooking
FAQs

What Is Infinity Chili?

The Infinity chili is a hybrid chili pepper that comes under the Capsicum chinense species; an extremely hot variety of chili pepper belonging to the Solanaceae or nightshade family.

This pepper looks to be a replica of 7 Pot or Pod peppers from Trinidad, roughly habanero shaped, very wrinkled, and about two inches long. The name “infinity” aptly refers to its never-ending burning heat on your taste buds and throat that lasts longer than other hot peppers.

Nicholas Woods, a chili breeder at Fire Foods in Grantham, Lincolnshire, was instrumental in the creation of this super-hot pepper. In February 2011, the Guinness Book of World Records officially certified Infinity chili as the hottest pepper in the world, but the record lasted only for two weeks. In March 2011, its “world record for the world’s hottest chili”” was smashed by the Naga Viper, which registered 1,382,000 SHU against the 1,067,286 SHU of the Infinity pepper.

This pepper is a tough chili compared to other super-hot peppers of the same Scoville scale range; it can create a comparatively long burning sensation. In fact, it’s difficult for a person to eat even one whole chili at a time.

Nick, by chance, discovered an extremely hot variety of pepper in his greenhouse chili farm. He had been growing different varieties of hot chili peppers on the farm for making hot sauce.

On his farm, the crossbreeding between different varieties of chilies under the same species happened both through natural self-pollination and manual pollination. But he never had the purpose of cross-breeding peppers for the sake of creating the hottest pepper in the world. He created the infinity chili five years after he started growing chili peppers in his garden.

Nick Woods described that once he tasted a new breed of pepper, he experienced an excruciating heat that caused a strong burning at the back of his throat. It was so hot that he could not speak and felt sick for an hour or so.

The pepper samples were sent for Scoville Scale testing, which found this pepper to be hotter than Bhut Jolokia (1,001,304 SHU), the reigning world champion at that time. In February 2011, it was recognized as the hottest chili pepper in the world by the Guinness World Records. The record was short-lived; after two weeks, infinity pepper lost the award to Naga Viper (1,382,000 SHU). Still, the infinity is one of the hottest peppers in the world and has won the admiration of many chili pepper lovers.

Ugly-looking wrinkly skin and unshaped or scorpion-like pointed tails are common features of almost every super-hot pepper. They are mean-looking peppers with a burning heat, just like the infinity pepper. It grows on average 2 inches long with 1.5 inches in diameter. It changes color from green to scorching red on ripening and has a bulbous shape with a crinkly, pointed tail end.

On the first bite, there’s a layer of fruitiness to the pepper, and then comes the heat. Like other extremely hot chilies, this one also produces a slow burn. You don’t feel the heat immediately, but soon a mild burn slowly builds up into a raging fire that seems to last forever.

Like the ghost pepper, this pepper also offers an intensely fruity, sweet chili flavor. Within a few seconds after the first bite, the fruitiness is overwhelmed by its scorching heat.

When you are handling any super-hot peppers, always wear kitchen gloves and goggles; careless handling of these peppers can leave you with severe chili burns. It’s dense with hot chili oil, thus even touching the pepper with bare hands could sting you a little; strictly avoid touching your eyes and nose after touching the pepper. 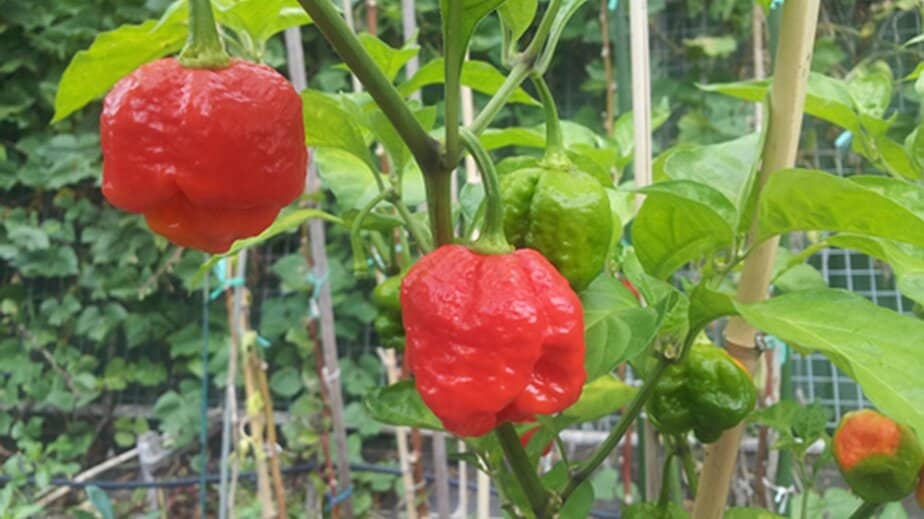 Where can you buy infinity peppers?

Infinity peppers aren’t common, and they can be found on very few specialty farms in England and elsewhere. Fire Foods sells Infinity hot sauces, but you won’t find them at regular groceries near you. If you are passionate about gardening, buy infinity pepper seeds from online sellers and start to grow them in your garden.

Are super-hot peppers good for you?

Fiery peppers like the Ghost pepper, Infinity chilies, and others pack major health benefits. They have about three times more vitamin C than oranges. They also contain a good amount of other vitamins, like A, B, and E. They are rich in capsaicin, which is a potent antioxidant and anti-inflammatory chemical capable of alleviating pain and inflammation.

Super-hot peppers are edible, but most people won’t be able to tolerate their scorching heat. They can be harvested and used in your food at any stage of their growth; tender chilies are milder than matured ones. The high volume of capsaicin in them can cause chili burns, however, it does not cause any serious damage to the cells. Capsaicin is “tricking” the body into thinking it’s experiencing a real burn. While using hot peppers, remember the maxim that “a little goes a long way.”

Is infinity pepper the same as 7-pot infinity?

Yes. The infinity pepper is also known as the “7-Pot Infinity” because of its close similarity to the “7-Pot Peppers” from Trinidad in appearance and flavor. There are a few different versions of 7-Pot peppers, such as the yellow 7-Pot, the 7-Pot Jonah, and the chocolate, or 7-Pot Douglah. They are related to the Trinidad scorpion, and they all have wrinkly, pimpled skin and a rich, fruity flavor besides the devilish heat.

For further reading, also look through other world’s hottest chili peppers, such as Devil’s Tongue, and Chocolate Bhutlah peppers, in other articles here.