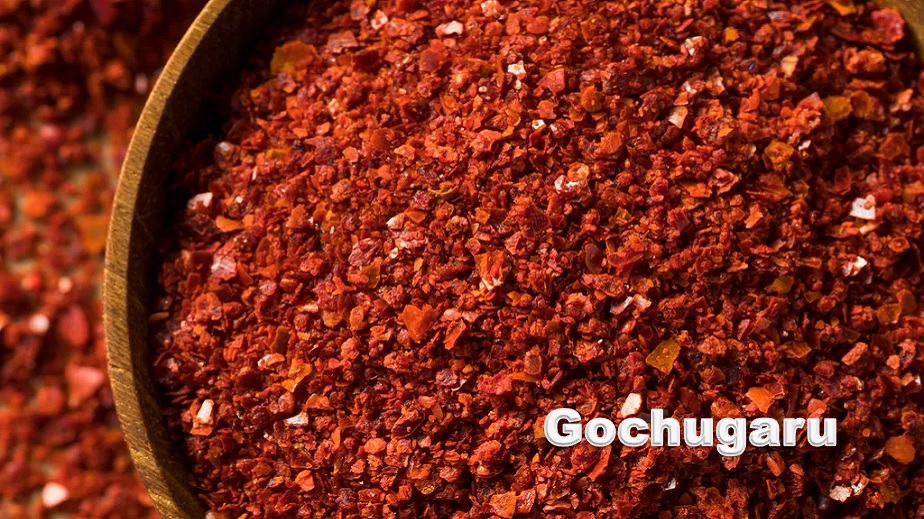 Today, Korean chili powder is loved not only by Koreans but also by numerous spicy food lovers from across the world. You’ll surely enjoy its mild to moderately spicy kick with a hint of sweetness; also the vibrant red color can make your hot dishes attractive.

Gochugaru is a Korean chili powder or chili flake, depending on the brand you acquire or how you make it. Gochugaru, a staple spice in Korean cooking, is made of sun-dried chili peppers that have been deseeded.

In the Korean language, the word “gochu” translates to “chili pepper” and “garu” means “powder”, thus the literal meaning of this spice is “chili powder”.

There isn’t any clarity on the actual origin of Korean pepper flakes. Like almost all hot peppers, the chili peppers used for making this spice also most likely have their origin in Central America. From historical evidence, they were brought to Europe as part of the Columbian exchange and the European merchants brought them to Asia.

However, some Korean historians claim the existence and use of hot chilies in Korea as early as the 1200s. Some other sources claim that chili peppers came to Asia in the pre-historical period, supposedly carried to Asia by ancient migratory birds. However, there isn’t any verifiable record that indicates the use of chili peppers in Korea before the 16th century.

There are two different types of gochugaru, namely Korean chili powder and Korean chili flakes. The powder is the finer version which is mostly used for making gochujang (chili paste) and nabak kimchi; also used in hot dishes that require smooth texture and bright color. The chili flakes are a coarse version of the chili which is commonly used in kimchi, soups, stews, and side dishes in Korean cooking.

The best quality gochugaru is labeled as taeyangcho, which means sun-dried. The traditional sun-dried peppers have a unique flavor, balanced heat level, and uniform dark red color. Today, most brands sell gochugaru made of machine-dried peppers which are less expensive and lack the authentic flavor and color.

Sun-drying of chilies is said to be the crucial part of authentic Korean chili powder. The dried seedless peppers are either ground into fine powder or coarse red pepper flakes. This spice has a uniform red color as seeds are removed before crushing the peppers.

It’s dark red in color and has mild to moderate spicy heat with a mellowed sweetness and smokiness.

In comparison to cayenne pepper powder or crushed red pepper flakes, Korean chili powder is milder but more flavorful. The dried peppers used in this Korean spice are fruitier and bring a touch of smokiness.

How Spicy Is Gochugaru?

The heat level of Korean chili flakes varies from mild to hot, depending on the making process and the kind of chili peppers used. They can also vary according to how many of the pepper seeds end up in the final product.

As we said, the spiciness of gochugaru can significantly vary, ranging from about 1,500 SHU to 10,000 SHU on the Scoville Scale.

Red chili peppers called “taeyang-cho” are the primary hot pepper in gochugaru. Note that the heat level of even the same chili peppers can vary according to their place of origin and specific farming conditions.

How Is Gochugaru Made?

Gochugaru is traditionally made from sun-dried Korean red chili peppers (called taeyang-cho). The finer and hotter version of this spice is made from Cheongyang chili peppers.

Many Korean households make it from chili peppers grown in their own gardens. Otherwise, they buy the already sun-dried Taeyang-cho or Cheongyang chili peppers from the farmers’ market.

To remove the moisture and dampness, you may dehydrate the store-bought dried chili peppers in the sun for a few hours.

Carefully clean the dried chilies with a micro-fiber rag to remove all dust and dirt.

Then, remove the stems and calyx (the upper part of the chili), seeds, and innards. Nevertheless, you may retain the inner membrane if you want the chili powder to be spicier.

If the chili powder is stored in an airtight container, away from heat and dampness, it’ll stay fresh for up to two years.

What Are The Uses Of Gochugaru?

It’s a must-have ingredient in Kimchi, a fermented cabbage dish that uses chili flakes and garlic, ginger, onion, soy sauce, and other additions based on the desired flavor.

Stews are an important part of Korean meals and they include ingredients such as vegetables, tofu, sticky rice, meat, chili flakes, and others. 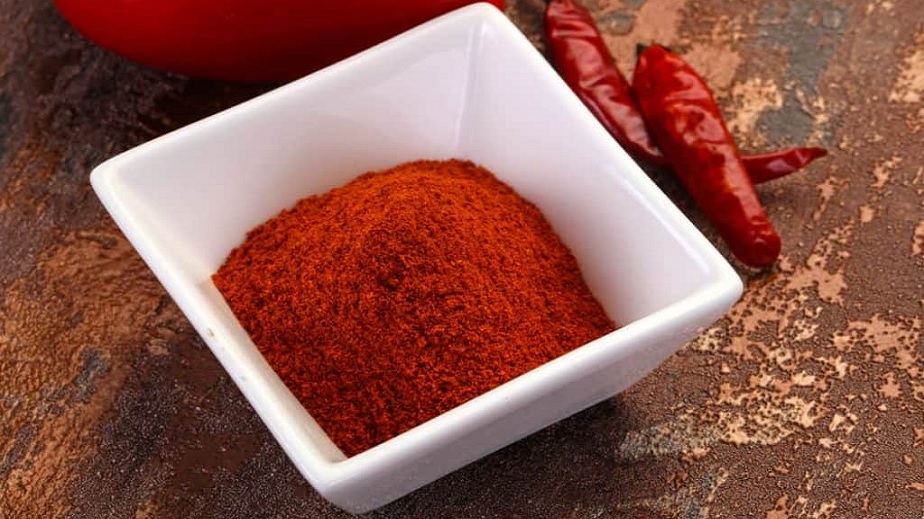 Is gochugaru the same as gochujang?

No. Gochujang is a famous Korean chili paste made with Gochugaru (chili powder) as the base ingredient; also contains others like glutinous rice, and meju-garu (fermented soybean powder). Besides the heat, this red chili paste is a combination of savory, sweet, and spicy flavors that are similar to the miso paste.

Can you use gochugaru in place of gochujang?

The texture and taste of Korean chili powder and chili paste are different. Usually, they aren’t used interchangeably, but if there is an urgent situation that warrants it, you may use either of them in your dish; sure to have noticeable differences in flavor.

Where can I buy gochugaru?

Korean chili powder and red pepper flakes can be easily bought from online vendors but they aren’t easily available in regular groceries outside Korea. You can also buy the sun-dried chilies and make this spice by yourself. Note that all Korean chili powder or chili flakes aren’t gochugaru. Look at the ingredients label and make sure it is made of sun-dried Taeyang-cho or Cheongyang chili peppers.

How to store gochugaru?

An opened packet of chili powder tends to go bad faster. Always store the chili powder in an airtight container away from heat and light. Usually, chili powder and spices aren’t required to be stored in the fridge. The dry chili powder will easily absorb moisture and even the smallest amount of water is enough to cause mold growth.