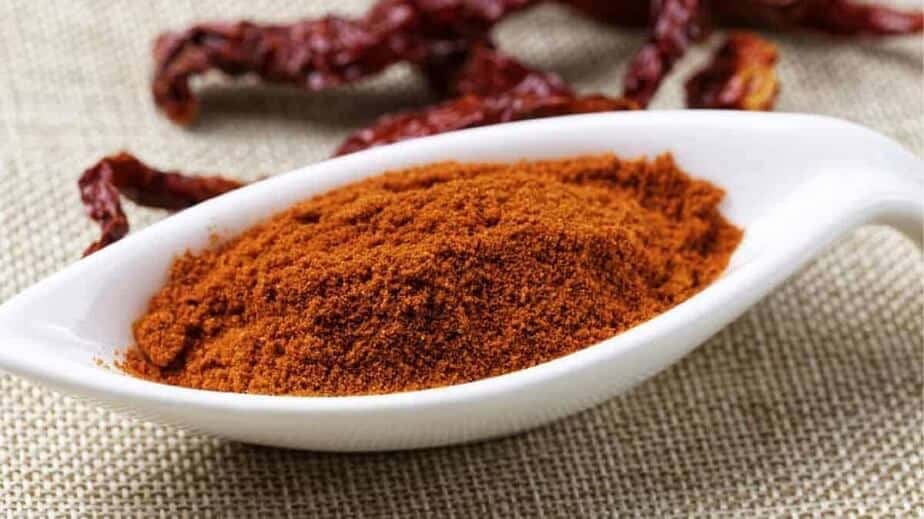 What Is Ancho Chili Powder?

The poblano (Capsicum annuum) is a mild chili pepper originating in the state of Puebla, Mexico. Ancho chili powder is derived from dried and ground poblano chilies harvested early.

It is slightly spicier than regular chili powder which is a mixture of chilies and other spices. Ancho powder is red poblano peppers that have been dried and ground and it contains 100% ancho peppers. This is a staple in several Mexican and American spicy recipes.

Only the red poblano pepper (before they turn brown and dry) is used for making this chili powder. Also, the stems and seeds are removed from the pepper before it is dehydrated and ground.

This powder has moderate heat. The sweet and earthy flavor of ancho pepper adds a wonderful fruitiness to your dishes.

The spiciness of ancho chilies varies, but it generally has a mild to medium heat. The heat level of ancho chili usually does not go beyond 1,500 Scoville Heat Units (SHU).

Ancho powder is a fantastic choice if you are looking for a milder chili with an appealing smoky, fruity flavor.

How To Use Ancho Powder?

Ancho powder is one of the most favored spices in Mexican kitchens. Find it in popular dishes like enchilada sauce to the mole.

Many love to sprinkle it on pasta, pizza, soups, stews, baked potatoes, vegetables, and more. It’s a core ingredient in seasoned chicken dishes in Mexico.

A light smoky and delicious fruity flavor makes it apt for marinades as part of chili paste or adobo. This pepper is the most commonly used in authentic Mexican cooking and is a staple in red chili and tamales.

The commercially sold traditional chili powder (chili seasoning) is a mixture of chili peppers and spices like cumin, garlic, and oregano. A generic chili powder could be made of any hot pepper from jalapeno to cayenne pepper depending on the heat level (mild or hot).

Many brands label any ground chili pepper as chili powder. For example, cayenne pepper powder is often labeled as ‘chili powder’; it goes the same for other ground peppers like jalapenos, serranos, habaneros, or any hot pepper.  You have to read the listed ingredients on the label to see whether it’s chili powder seasoning (includes peppers and spices) or just any ground chili pepper like cayenne, serrano, or habanero.

It is tough to measure the heat level of chili powder as it can be made of one of many different chilies or a mix of hot peppers. Overall, a generic chili powder is ten to thirty times hotter than ancho chili powder. 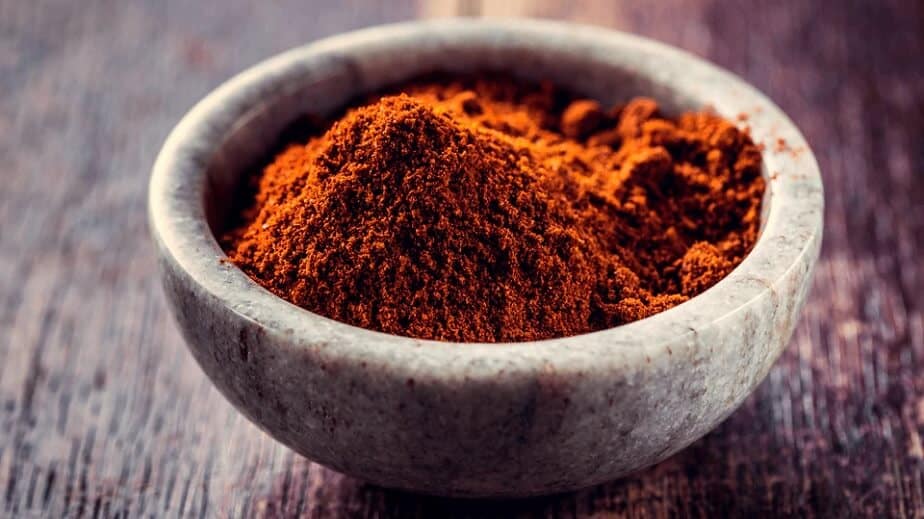 Where to buy ancho chili powder?

Ancho chili powder is available in the international spice section of most supermarkets and Mexican grocery stores. You might also find them at regular groceries in areas where the Mexican population is present. You can easily buy Ancho chili powder from online retailers as well.

On the Scoville scale, the heat level of ancho powder stays at around 1,000-1,500 SHU. In comparison to moderately hot jalapenos, ancho chili powder is two to eight times less spicy. Overall, ancho pepper is a mild chili with a smoky, sweet flavor.

How to make ancho chili powder?

Ancho chili powder is made by grinding ancho chiles which are ripened, dried, and smoked poblano peppers. Take well-dried ancho chiles in small quantities and put them into the spice grinder or food processor. Grind the peppers until they make a powder.

What is a good substitute for ancho chili powder?

A good substitute for ancho chili powder is any mild to moderately hot and ground chili pepper which has an earthy, smoky, sweet flavor. Some of the best replacements for ancho powder are Guajillo pepper powder, Pasilla powder, Chipotle powder, New Mexico chili powder, and Mulato Pepper Powder.

Is ancho chili powder the same as paprika?

Paprika is made from the dried, ground, and ripened fruit pods of less pungent varieties of the Capsicum annum species. It’s characterized by its bright red color. The peppers used for making paprika tend to be mild chili peppers with thinner flesh. Sweet paprika is made with sweet peppers like bell and Cubanelle. On the other hand, ancho chili powder is made of just one specific chile, ripened, smoked, and dried poblanos.