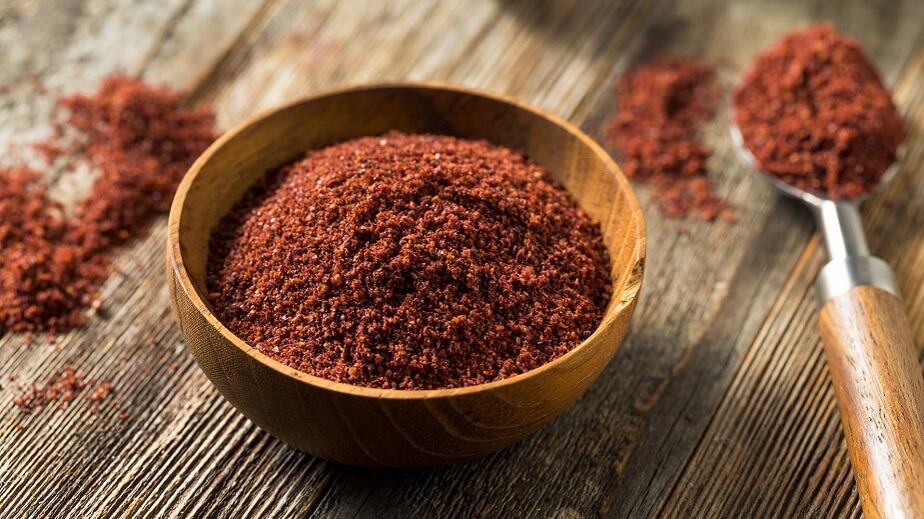 What is Aleppo Pepper?

Aleppo pepper is made from dried and coarsely ground Halaby chile peppers. This pepper gets its name from Aleppo, a town in Syria, the place of its origin.

This pepper is used just like the crushed red pepper in various Turkish dishes. Notably, this spice is a staple of Middle Eastern cooking. Today, you will find also several Mediterranean cuisines that use this pepper as a key ingredient.

In appearance, they are similar to a Jalapeno, two to three inches long, elongated, and slightly curved. However, the tip (tail end) of the pepper develops into a narrower point. As they mature, change color from green to deep red. Unless you are a chili grower, you may never become familiar with this chili, because it’s more commonly dried and crushed into flakes and rarely sold or used in the whole form.

It’s a hot pepper but it isn’t so wickedly hot. The pods of the pepper have a heat level that comes to around 10,000 Scoville heat units on the Scoville heat scale. However, this pepper is typically sold as dried chili flakes which have lower heat than the whole pods. The pepper flakes’ heat comes in line with the hottest jalapenos or at the bottom level of serrano peppers. But they aren’t a competitor to cayenne pepper (30,000-50,000 SHU), which is a base chili of the many crushed peppers.

It has a smoky, fruity note with tanginess similar to a condiment and to a garnish.

You’ll find a lot of complex tastes in crushed Aleppo. It has tomato-like brightness, cumin-like earthiness, and a touch of raisin tartness. The pepper flakes you buy from the shops will have a hint of salt, which comes from the typical Aleppo drying process.

How is Aleppo pepper used in cooking?

Aleppo peppers are a common ingredient in several Middle Eastern and Mediterranean dishes. A pinch of ground Aleppo spice can add a flavorful complexity and visual panache to roasted veggies, pasta, or even simple egg omelets.  Even when it is sprinkled over a pimiento cheese sandwich, it adds a wonderful spicy flavor.

In Middle Eastern cooking, this condiment is traditionally used to season meat, beans, muhammara dip, and salads. Use it in any recipe that calls for pepper flakes. 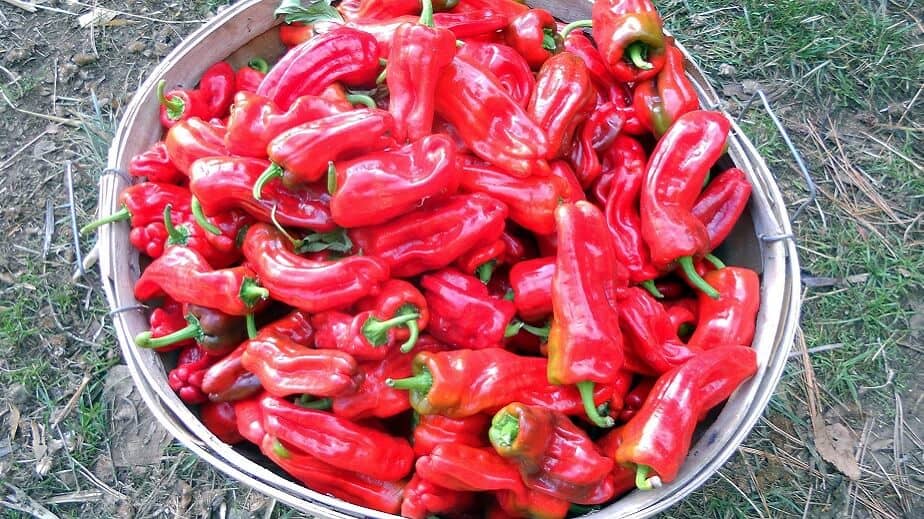 Where can you buy Aleppo pepper?

You can buy crushed pepper from specialty spice stores and grocers, and at online retailers. Some of the supermarkets with a strong international section might have this spice.

What is Aleppo pepper similar to?

Among the common peppers, Hungarian sweet paprika and cayenne pepper are similar to Aleppo pepper. While substituting, do not go overboard with cayenne; just a small pinch is enough for a strong spicy kick. Even the generic red pepper flakes could be a decent substitute for Aleppo pepper though they lack its complex flavor.

Is Aleppo pepper the same as paprika?

No, they are different types of chilies, but they share a few common flavor features. Aleppo is hotter and more flavorful than paprika. The taste of paprika can vary according to the brands as it can be made of any less pungent varieties of the Capsicum annum species.

Is Aleppo pepper the same as crushed red pepper?

Aleppo pepper, also known as Pul Biber or Turkish red pepper flakes, has more depth than the average red-pepper flakes. Typically Aleppo adds a salt-like taste with a slightly smoky flavor that includes subtle hints of sun-dried tomato and even an earthiness.  On the other hand, red chili flakes are made of any variety of peppers from the capsicum annum family. Generally, red pepper flakes are made of cayenne pepper which is 3 to 5 times hotter than Aleppo pepper.

Is Aleppo pepper hard to find?

Aleppo peppers are selectively grown only in a few areas of the Mediterranean region and are mostly used in Turkish and Middle Eastern cuisines. It’s notoriously difficult to source. You have a better chance of finding it in specialty international spice stores or at supermarkets with international spice sections. Buying it from a reliable online retailer could be a better option to source this product.

Are Aleppo and Marash the same?

Marash pepper is hotter and smokier than the Aleppo popper but they are similar in most features. It’s difficult to differentiate them by appearance as both have a coarse grind texture. They can be used interchangeably without a noticeable difference in taste to your recipe.

Aleppo peppers have a mild sweetness and tanginess with hints of raisin, tomato, and citrus notes. Also has a roasted flavor with a mixture of cumin-like earthiness.

For further reading, have a look at the replacements for ancho chili powder in another article here.