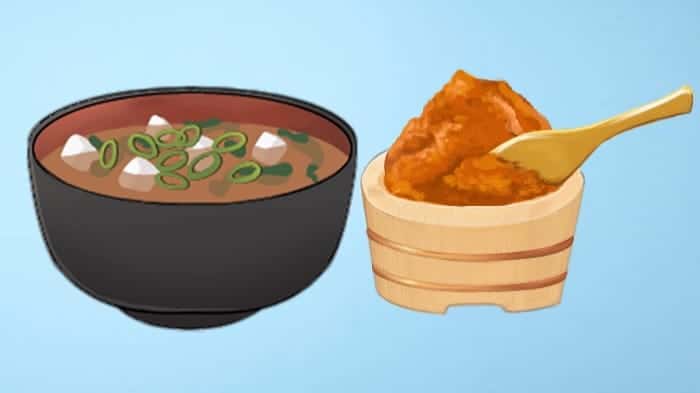 Miso adds a unique burst of flavor to a wide variety of soups, marinades, savories, tofu, and vegetable dishes. If you love Japanese cuisines, then you’ll certainly relish the palatable salty, umami taste of miso paste.

Traditionally, it was a prized delicacy that was mostly enjoyed by nobility because it contained rice – a luxury in the olden days of Japan. From centuries ago, miso was known for its lovely taste and energy-giving properties, so much so, the Samurai adopted miso as a staple diet.

This article reveals the taste profile of miso in detail, also the flavors of miso soup.

Miso, a well-known Japanese traditional seasoning, is a fermented soybean paste used in several Asian cuisines. Miso soup is a staple diet of a vast number of Asians, especially in Japan. This soybean-based condiment makes its appearance in several dishes from pickles to salad dressings and marinades.

Typically, most types of miso are salty, but its aroma and flavor depend on the ingredients and fermentation processes.

Fermented soybean is the most important component in miso. Though a Japanese delicacy, the origin of this seasoning is rooted in its ancient Chinese counterpart, soybean Jiang, one variation in a genre of thick yellow paste known as Jiang.

The dominant taste of miso is umami, the ultimate taste that has elements of all four distinctive tastes such as sweet, sour, bitter, and salty. The thick miso paste is deeply savory with funky salty-sweet richness.

Dark or red miso, made of cent percent soybean as a base ingredient, has the strongest flavor. Whereas, lighter varieties of miso called white miso are moderately sweet. Texture-wise, it’s typically smooth like nut butter, but some types of miso are rather chunky.

Miso has never been eaten alone but is mostly added as an ingredient in other dishes. For this reason, the taste of miso vastly varies depending on other ingredients used in each dish.

It works best in soups or broths, and dressings, also a good substitute for regular table salt.

Miso soup is an integral part and parcel of Japanese food; a must-have staple diet for most Japanese people. Made with ingredients dear to Japanese cooking, miso soup is both nutritious and delicious.

If I’m to accurately describe the taste of miso soup in a phrase, then it’s extremely savory. However, there are a wide variety of miso soups with distinctive flavor particular to each one of them. In short, the flavors vary according to the different ingredients that come into play.

Miso soups that include seaweed can taste briny and salty. Similarly, miso soup with tofu renders a nutty flavor with soft bites.

If the miso soup is garnished with green onions, it will have a milder onion taste and a light, crisp texture like chives.

Does miso soup taste fishy? Miso can taste slightly fishy when it is made with bonito flakes or dashi (fish stock). Some verities of miso soup are made to taste like fish.

Related post: What is a good substitute for miso?

Different types of miso are classified by the iterations that have vivid impacts on the flavor, color, aroma, and texture of the final product. The differences come from the choices made during fermentation like vessel, temperature, and duration; also different types of seasoning ingredients like koji and salt used in them.

Kome miso is one of the easily available rice miso that varies in color, the strength of flavor, and sweetness. Whether the soybeans used in the paste have been steamed or boiled also makes a difference in its taste.

Shiro miso is a commonly produced white miso, usually made with rice, barley, and soybeans are mild and moderately sweet.

Awase miso is mixed miso that contains different types of miso and it gives room for different permutations of flavor between types.

Aka miso is red miso aged for a longer period and has a deeper rust red/black hue; it’s deeply salty with high intensity of flavors.

Mugi miso is the light yellow colored barley miso made from barley malt; it has deeper sweetness with a more pronounced malty funk.

Mame miso and Hatcho miso made entirely of soybeans have a reddish-brown dark color and stronger flavor profile among all the types of misos. They are hardly sweet and have astringency and good umami taste.