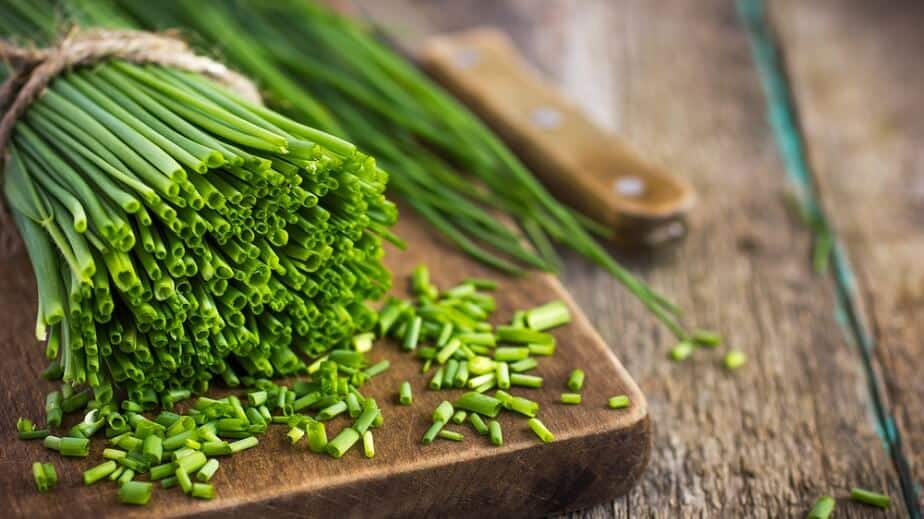 Let’s first dig into some basic details chives before we go on to discuss the replacements for it.

Chive, the scientific name Allium schoenoprasum, is a species of flowering plant in the family Amaryllidaceae.  This edible herb is cultivated all around the globe and is a very common ingredient in cooking, especially for garnishing.

Other familiar herbs that belong to its family are onions, garlic, scallion, leek, shallot, and Chinese onion.

You can eat chives either fresh or frozen. Don’t dry chives out for they’ll completely lose their flavor after drying.  Store it in your fridge or freezer to retain the freshness and flavor of this herb.

Chives have long grass-like narrow leaves when they are harvested. Chives do flower with a purple bulb, but mostly they are plucked before blooming.

Chives have a mild onion flavor that does not dominate your dishes.  Moreover, they are gentle on your taste buds without the harshness of other punchy herbs. Their mild flavor makes it comfortable for even your kids to much them. They are versatile and don’t have the pungent odor and peppery notes common to most types of onions.

Note, add chives to your recipes towards the end of cooking time. The flavor of chives doesn’t hold up well to high heat at lengthy cooking.

Their mild flavor makes them wonderful for toppings or garnish.

What Are Chives Used For?

Chopped chive stems are often used as a garnish; they taste great on just about anything. Chives taste best in savory dishes.

The bright green-colored appearance of chives brings a beautiful visual appearance to your dishes, a fancier functional garnish indeed.

Pronged cooking on high flames can make them wilt away, so add them to your dish towards the end of cooking.

The blossoms of chive are also edible and they have a mildly oniony, garlicky flavor. The blossoms are often used as a garnish, or you can sauté them. Chive butter is made with chopped-up purple blossoms or infusing them in vinegar. Make chive blossom aioli by warming them up in olive oil and then cooling them at room temperature.

Are Chives And Green Onions The Same?

Chives are not the same as green onions but can be used interchangeably in many recipes. They both belong to the onion family of plants. Flavor-wise, chives are milder than green onions and this must be kept in mind while substituting one for the other.

Chives are skinny, long, solid green, and tender, whereas green onions have thicker stems that are white towards the bottom and green at the top.

Both have oniony flavor but they vary a lot in appearance and texture, also used differently in cooking.

Usually, only a small scoop of chives is often used as a garnish. However, eating chives have several promising health benefits which most alliums have in common. They are rich in vitamins A, C, K, and other important nutrients like choline and folate.

Studies suggest that alliums, including chives, could help prevent or fight against cancer.

Vitamin K present in this herb is a critical component in bone density and is effective for treating osteoporosis.

Choline and folate from chives will help to improve memory and prevent the development of conditions like Alzheimer’s and dementia. 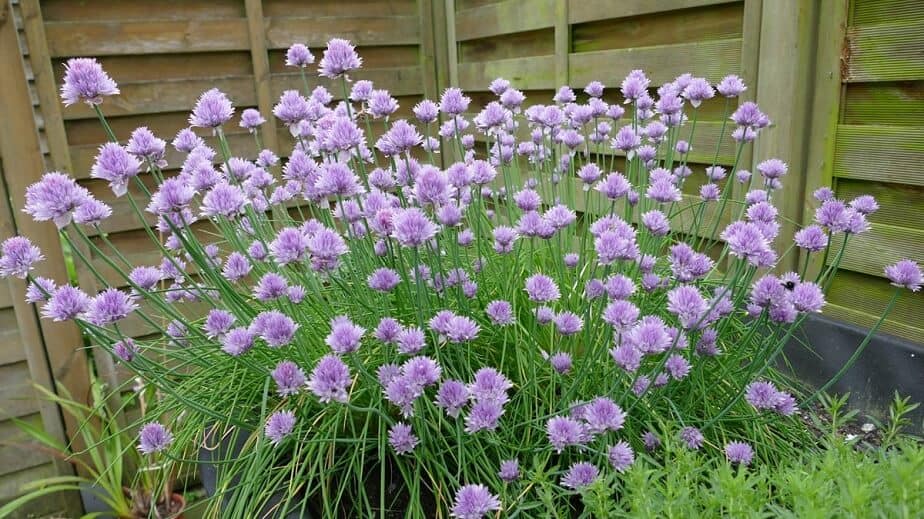 How To Store Chives?

Chives can be safely stored for up to 6 days at room temperature (about 20 degrees Celsius). If you store the chives in the refrigerator, they’ll stay fresh and crisp for about 14 days. Frozen chives in a freezer will stay good for about six months.

Can you freeze chives?

Yes. You can easily freeze chives by simply tossing them into a freeze-box/baggie, and popping them into the freezer. However, freezing chives in this manner could result in a large frozen clump that is difficult to separate. Therefore, either flash-freeze them or freeze them in ice-cube trays. For a better option, roll up the chopped and butter-coated chives in a plastic wrap and store it in the freezer, so you’re able to slice a little off at a time.

Are chives and scallions the same?

No. Scallions and green onions are literally the same; it’s only a matter of different labeling. Scallions and chives are different in taste but they both belong to the onion family of plants.

How to mince chives?

Mincing is just finely chopping. Hold a small bunch of chives all placed in the same direction on a cutting board and finely chop them with a chef’s knife in a rocking motion.

Read Next: What is Chervil?