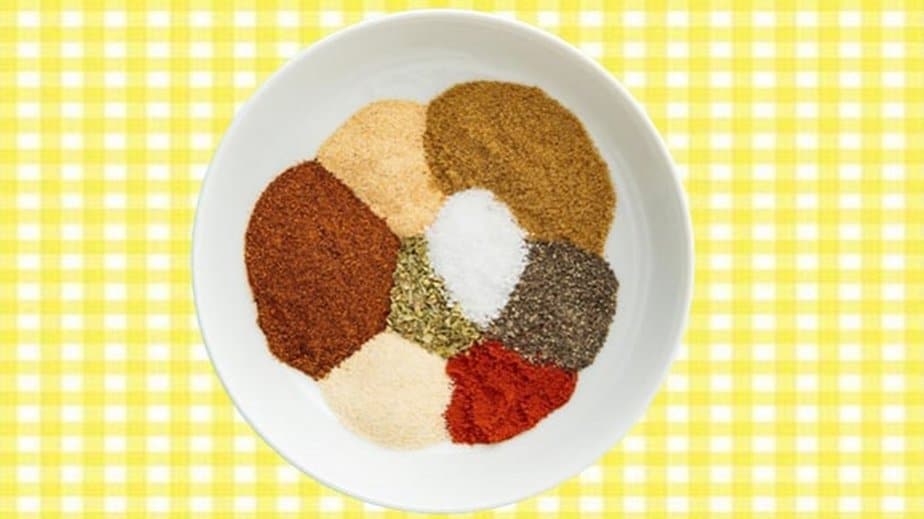 Flavoring blends are important and unavoidable parts of many recipes. Some delicacies remain incomplete without spice blends.

They create a deep flavor and blend together several unique ingredients. Spice blends give food an appetizing flavor and aroma. Their flavors can be savory, pungent, bitter, acidic, or sweet.

Cajun and Creole seasonings are the first to come to mind when we think of seasoning blends.

Louisiana Creole cuisine is a style of cooking that originated in Louisiana, United States.

Today, this spice mix is an important part of cooking across the globe, especially in dishes that imitate Creole recipes with a spicy kick. This blackened seasoning is a popular mix for meat, seafood, vegetable dishes, soups, and stews.

Creole seasoning is a blend of dried pepper, spices, and herbs. It can give an awesome flavor to many of your dishes.

You’ll find that some of the most flavorful foods are seasoned with the Creole blend. The traditional recipes used in this seasoning are amazingly appetizing and tasty.

Undoubtedly, the best substitute for Creole seasoning is making it yourself at home.

Creole dishes have their origins in the different food habits of European immigrants living in New Orleans. It is a mixture of French, Italian, and Spanish cooking styles created out of locally available ingredients in the Louisiana region. Some of its ingredients are borrowed from Native American and African-American recipes.

Creole foods were popular with the wealthy city dwellers of Louisiana. But on the other hand, the Cajun cuisines were popular among the poor sections of the society from farms and swampland.

You can make your own Creole seasoning with ingredients such as black pepper, onion, garlic, thyme, paprika, oregano, and salt.

Fortunately, all these ingredients are easily available, and most of them are already on your kitchen shelf.

When you make it your own, you can use top-quality herbs and spices in your seasoning recipe. You can have a blend that is more flavorful and pungent.

Cajun spice seasoning mix makes use of more varieties of pepper, such as bell pepper, cayenne pepper, and white and black pepper. But the Creole mix contains more herbs than the Cajun spice mix. Still, these two can be used interchangeably.

As we have already said, the Creole spice mix originates from a fusion of European and Native American styles of cooking. The Cajun blend dominates the French style of cooking prevalent in the Acadian region.

If you’re fond of pungent, spicy stuff, then you’re more likely to enjoy Cajun foods. If you are inclined to have well-seasoned foodstuff, pick Creole cuisine.

In the absence of Creole spice mix, Cajun seasoning is a good alternative.

The ingredients in them are almost the same, with somewhat identical flavor profiles.

It’s a blend that originated in Baltimore, Maryland, and is made of key ingredients such as celery salt, bay leaves, black and red pepper, and paprika.

When you have no creole seasoning on hand, you can easily use it in most recipes.

Both of these mixes have paprika and cayenne as base ingredients, making them usable in similar applications. The only difference is that allspice and cardamom are often included in the Old Bay spice mix. It works great for seafood and crab boils.

In recipes that call for Creole mix, use one-third the amount of it. Add a little extra paprika to the mix.

See if any of the substitutes for Old Bay seasoning can be used in your recipes.

Greek seasoning consists of a variety of spices and dried herbs used in Mediterranean cuisines.

The ingredients include Greek oregano, onion, garlic, parsley, dill, thyme, and marjoram. In addition, other hot spices such as pepper, cinnamon, nutmeg, and basil may be included according to individual taste preferences.

In comparison to Creole seasoning, its Greek counterpart has a lot more herbs than most blends of seasoning. Most of the ingredients in Creole seasoning are also found in Greek seasoning. Still, it’s a reasonable substitute worth considering.

Adobo seasoning is a New World seasoning. It has its origins in the Spanish preservation method of marinating meat in vinegar and spices.

You can easily make Adobo seasoning at home with five pantry staples: black pepper, turmeric, garlic powder, oregano, and kosher salt. According to taste preferences, you can also include ingredients like paprika, onion powder, cumin powder, and chili powder.

Most of the ingredients in adobo seasoning are the same as those in creole seasoning. They both share a similar taste profile.

Of course, Adobe cuisine isn’t as seasoned and flavorful as Creole cuisine. Yet, it is an agreeable replacement for Creole seasoning.

You may also use one of the substitutes for Adobo seasoning in your cooking. 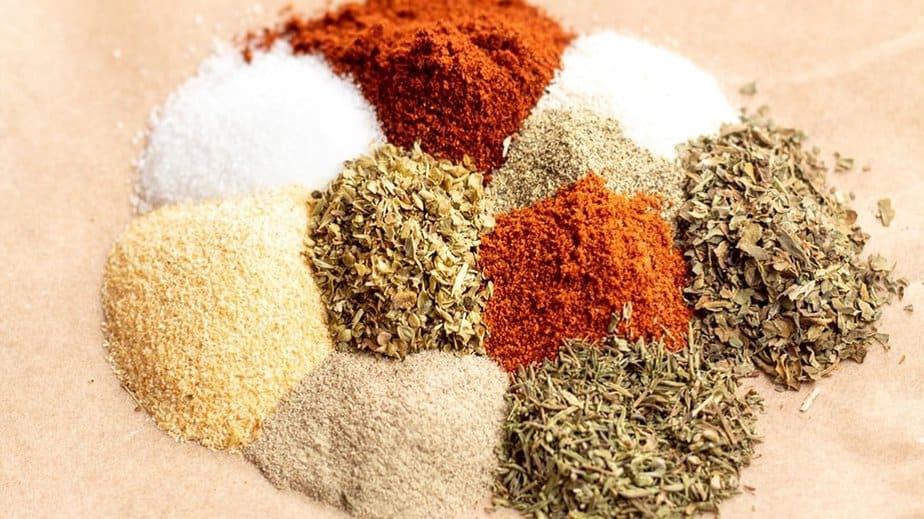 Is Creole seasoning the same as Italian seasoning?

Is Creole seasoning the same as cayenne pepper?

No. Cayenne is only one of the ingredients in this mix. This blend also contains paprika and black and white peppers.

Can I use paprika instead of Creole?

Paprika is only one of the ingredients in creole, which contain other peppers and spices. Your recipes will never get the complex flavor of a Creole blend just by using a chili pepper.

How should I store homemade Creole seasoning?

It has a shelf life of 3 years if stored in an airtight container. Always place the sealed spices in a cool, dry place to protect against flavor loss and moisture. Avoid direct exposure to humidity, heat, sunlight, and fluorescent light to maintain flavor and aroma.

It’s moderately spicy. The recipe contains more mild or sweet paprika than it does cayenne. Its little spiciness comes from the black pepper and cayenne included in it. When you make your own blend, you can conveniently alter the ratio of spices to add flavor to any dish.

Where did Creole seasoning originate?

Creole began in New Orleans. It’s a mixture of the cooking traditions of Italian, Spanish, French, African, and other ethnic groups. The city of New Orleans is world-renowned for its Creole foods. Today, this mix, which originated in New Orleans, has become a pantry staple in many parts of the United States.