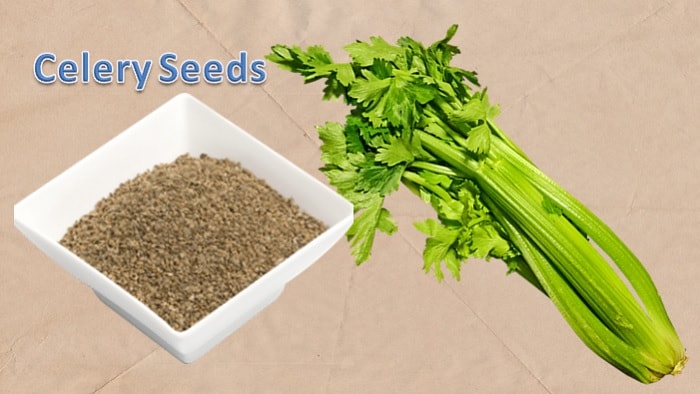 Missing celery seeds for your recipe? Then there are a few good substitutes for celery seed; common ingredients found in your kitchen.

Note, using a substitute may slightly alter the flavor of your final product. So, choose the right ingredient according to the flavor profile and texture of your recipe. The replacement ingredient must be somewhat acceptable in flavor, texture, appearance, and aroma.

What are Celery Seeds?

Celery seeds are the fruits of Apium graveolens (a smallage plant), also known as wild celery.

It’s a popular spice used in several recipes all across the globe. Especially, some varieties of salads may go incomplete with a pinch of celery seeds.

The Greeks used it extensively for home remedies. The Romans used it as a flavoring ingredient which later on found its place in many Italian and French cosines. From America to the East, dry celery seeds are a prominent ingredient in pickles, salads, and stews.

Although many countries grow celery, the US remains the top producer, followed by Mexico and India.

Often, celery seed is confused with lovage seed which has a similar flavor. Lovage seed is larger and not sold as “celery seed”.

Celery seed tastes a lot like fresh celery, with the same astringent qualities and aroma that you get from raw stalks and leaves of the celery plant. All the same, much of the flavor concentrate is found in celery seeds. Also, celery seeds have a savory, earthy character with a tinge of bitter flavor. The bitterness increases when this spice is used in its ground form. Use it sparingly in your recipe for its harsh and strong flavor can otherwise overpower your recipe.

Though tiny in size, celery seeds have great nutritional value and provide many health benefits.  Here are some of the prominent benefits of celery I could gather through my research and from studies out there:

Finding an exact replacement is not easy for any of the spices with a unique flavor like celery.  While choosing a good substitute for celery seeds, opt for something that has a strong flavor similar to the seeds.

Here are the best celery seed alternatives that you can use.

Undoubtedly, the best substitution for celery seeds is the fresh leaves and stalks of the celery plant. They all belong to the same plant and have the very same aroma and flavor.

Of course, leaves and stalks have a different texture and bulky as well. They are fibrous and increase the volume of your dish.

In place of one teaspoon of celery sees use about 5 teaspoons of finely chopped stalks and leaves.

Before you set out to use this substitute, know the comparative facts of celery seeds vs. celery salt. Celery salt is a seasoned salt used as a food seasoning, made from ground seeds, which may come from celery or its relative lovage. But in our context of substitution use the one that contains ground celery seeds only.

If you have run out of celery seeds, use celery salt in its place. When using it as a substitute, make sure to balance the amount of salt being added to the entire dish. Preferably, reduce salt in the recipe by ½ teaspoon.

Use two teaspoons of celery salt in place of every teaspoon of celery seeds.

It has the same flavor and aroma as the seeds.

If you don’t have seeds at your disposal use the celery flakes instead. Probably, it is the best replacement for celery seeds.

Lovage tastes like a mix of parsley and celery but with a higher intensity of both of those flavors. Just like celery, lovage is used for its leaves, stalks, and seeds. The seeds of lovage are used as a spice just like the fennel seeds.

The aroma and flavor of this spice is a good match for celery. For this reason, lovage is an effective celery substitute.

Just as you do with celery, you can use the leaves and stalks of lovage for flavoring your dishes. Usually, the seeds are just sprinkled on dishes and salad.

The dry leaves and seeds of lovage also work as a good alternative to celery seeds.

The ground seeds of lovage blended with salt is an effective seasoning ingredient. This mixture can also be used in place of celery seeds.

Use lovage seeds in a 1:1 ratio for substitution.

The dill seeds render a pleasant aroma with a hint of sharpness and slant more toward anise, caraway, and celery seeds flavors. Just like celery, dill seeds also have pungent, astringent tones.

Dill and celery seeds look very different but they can be used interchangeably. Dill seed is a good replacement for celery seed in salads, savory dishes, and even in pickling.

As a replacement, use either of them in your dishes in the same quantity.

The celery plant is perfect for soups and salads, as well as a garnish for some dishes. It’s a popular ingredient in several recipes, especially in the west. Despite the high water content, celery seed possesses many health benefits.

Some of the best substitutes for celery seeds include:

Lastly, choose the right substitute ingredients according to the flavor profile and texture of your dishes.

Can I Substitute Cinnamon For Cardamom?

What To Use In Place Of Caraway Seeds?

What’s A Good Replacement For Dill?