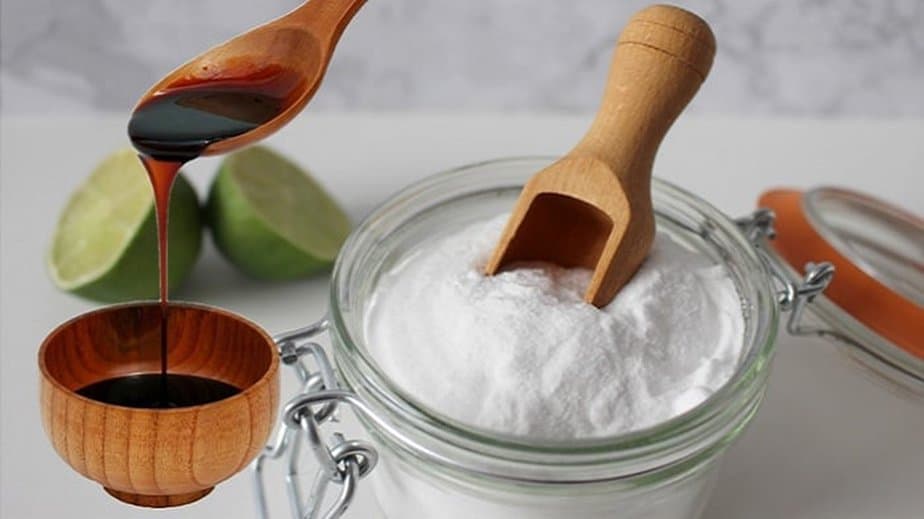 The use of baking soda is common in baking to increase the volume and soften the dough. Sodium bicarbonate is the basic ingredient in it. For health reasons and taste, many of us like to use natural substitutes for baking soda.

Sodium bicarbonate is not agreeable to many individuals as it may produce side effects such as:

For some reason, you don’t want to use baking soda, or you don’t have any baking soda for baking. There are a few good substitutions for baking soda for those who want to avoid sodium bicarbonate for health reasons, taste, or lack of availability.  Depending on the recipe you’ve, here are 7 great substitutes to choose from:

Baker’s yeast is a fantastic replacement for baking soda.

It converts the fermentable sugars present in the dough into carbon dioxide and ethanol.

Yeast produces different acids that aid in the fermentation of the dough.

Baker’s yeast is available in different forms according to the various levels of moisture content in them.

Nutritionists recommend baker’s yeast as a healthy substitute for baking powder. Bread and other baked goods fermented with yeast taste better and do not possess the bitter flavor of baking soda and powder.

According to the needs of the recipe and the rising time, you may use as little as 1 teaspoon or up to 2 1/4 teaspoons (sometimes more) of instant yeast per pound (about 4 cups) of flour.

You can use baking powder as a substitute ingredient in recipes that call for baking soda.

Using baking powder instead of baking soda is advantageous. It contains the proper blend of sodium bicarbonate and acid needed for a strong leavening effect.

Some brands of baking powder also come with added flavors that give baked goods a better taste.

Do not use salt in the dough mixture together with baking powder as it will hinder the leavening effect of the baking powder. If needed, you can add salt while baking the leavened dough.

You may also see the best substitutes for baking powder in another article here.

If you are wondering what to use instead of baking soda, then you can try potassium bicarbonate.

It is also a healthy option for people who have issues with sodium intake or their hearts.

Potassium bicarbonate can be used for low-sodium applications.

If you’re using sodium-free baking soda, be sure to add a little extra salt to your recipe to make up for the lack of flavor.

However, potassium bicarbonate does not go well with acidic liquids like sour cream, vinegar, buttermilk, yogurt, or citrus fruit juices. You can use water or plain milk instead of acidic ingredients.

Club soda is a carbonated beverage that contains sodium bicarbonate.

You can use club soda in your recipes as a leavening agent instead of baking soda and baking powder.

However, the amount of sodium bicarbonate present in club soda may not be sufficient for preparing some of the recipes.

Bakers usually do not use milk or water in the recipe when using club soda.

If you do not want to take the trouble of mixing baking soda or powder with batter for baking, you can use self-rising flour.

Self-rising flour is specially processed with a required amount of baking powder and added flavor to make your baking process easier.

Instead of using sodium bicarbonate, replace your regular flour with self-rising flour.

Instead of baking soda, whipped egg whites can soften and lift the texture of the recipe. Trapped air bubbles within the beaten egg whites help the baked items to rise.

If your recipe calls for eggs, separate the yolk from the whites and stir in the yolks separately.

Baker’s ammonia, also known as ammonium carbonate, was a commonly used leavening agent before the arrival of baking soda.

Baker’s ammonia gives a crisp, light texture to cookies. However, its stubborn smell can be unpleasant to some, though most of it dissipates after cooking.

Use baker’s ammonia in a 1:1 ratio to replace baking soda or powder.

How To Choose The Best Baking Soda Substitutes?

Most baking soda substitutes will alter the taste and color of the baked goods.

When choosing an alternative to baking soda, you must pay attention to the flavor of the baked cakes or other goods.

For example, using molasses can make baked goods sugary, and thus it cannot be used for savory bread. But it can go well with sweet desserts and pancakes.

Using vinegar can give baked goods a sour taste. It is not suitable for use in sweetened cakes. White vinegar may go well with the baking mixture, which requires a very small amount of baking powder.

You also have to pay attention to other ingredients used in the recipe when choosing an alternative to baking soda. Make sure that the ingredients in the recipe are bendable with the baking powder substitute you are using.

It is important to adjust the fluid balance of the dough if you use a liquid ingredient to substitute baking powder.

Each bite of your baked cookies and crackers is more enjoyable when you did a proper leavening of the dough.

Don’t worry if you’re out of baking soda. There are several other functional ingredients that do the same thing.

You can further boost the rising capacity of your baking mixture with a few simple tweaks.

Adding one or two whipped egg whites to your recipe enhances leavening. It also makes the final output crispy, soft, and tasty.

Use cream of tartar to stabilize whipped egg whites and prevent sugar crystallization. Baking powder already contains cream of tartar, which works as an activating ingredient.

Use an electric mixer or whisk to whip air into the cream before adding it to the batter. By whipping the cream, your baked items become extra fluffy.

Lastly, do not over-mix your batter, for it may diminish the rise of the final product.

Baking soda is a necessary ingredient commonly used by bakers for leavening.

In place of baking soda, there are a few chemical or organic substitutes you can use.

However, using substitutes for sodium bicarbonate or acidic substances may change the taste and color of the final products.

When using any of the alternatives to baking soda, you may have to make a few reductions or additions to the recipes.