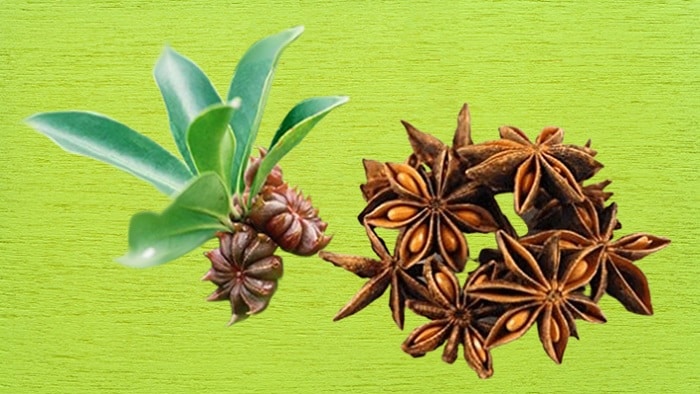 Star anise with its pungent licorice flavor is a key ingredient in many Vietnamese and Chinese dishes. Its unique flavor is outstanding enough that you are unlikely to find an identical match for it in any spice.

Lamentably, this spice is not easily available in most parts of the world and can be expensive as well.

If you have no star anise at hand, this article will tell you a few of the effective substitutes you can try in its place.

What is star anise?

Many think that star anise and common anise are the same, but that isn’t the fact.

Row or ripe star anise is picked off the tree and after drying it turns into a brown hard seed.  It’s aptly named for its star shape which has about six to ten pods on each star, and each one of them has a single seed.

Star anise is used in a wide variety of dishes, especially in Vietnam and China. It’s’ used in both savory and sweet dishes.

Mostly, the grated or ground seeds of anise are used in cooking. Some of the best-known recipes that incorporate star anise seed include mulled wines, beer, stews made of poultry or beef, and homemade sauces.

It’s a fantastic addition to stews, soups, and braising broths, to which it adds a sweet-licorice-peppery flavor.

You’ll love the wonderful flavor that anise seeds bring to desserts such as gingerbread, chocolate cake, and brownies.

This spice is not so easily available in general grocery stores, especially in the western world. Besides, it can be costly due to import duties and tariffs.  For any reason, if you are looking for a close substitute for star anise, here are a few good alternatives you can use.

It encompasses all five tastes—sweet, bitter, salty, sour, and umami—and uses five different spices. Star anise is the most assertive ingredient used in this spice blend.

So when you don’t have star anise, use a Chinese five-spice spice mix instead. It is advantageous as other ingredients in it also help to enhance the flavor of your recipe.

As a replacement, you can use one and a half teaspoons of five-spice powder for every 2 teaspoons of ground star anise.

Fennel seeds are a spice that grows from the flowering plant called fennel, part of the carrot family. It has a mild licorice taste with a bit of sweetness.  Anise also has a mild flavor of licorice minus the sweetness of the fennel.

Using a blend of fennel seeds and anise seeds can approximately mimic the pungent licorice flavor of the star anise.  Use the bled of these two spices in a little more quantity than the amount of star anise required in the recipe.

Anise seed and star anise are not the same although the names of both sounds the same.  However, they have a similar pungent licorice flavor. Therefore, anise seed is a natural choice in place of star anise.

Importantly, star anise has a stronger and dominating flavor profile in comparison to anise seeds.

When you are using anise seed instead of star anise use it in more quantity. For every teaspoon of ground star anise, use two teaspoons of ground anise.

Allspice doesn’t have licorice notes but it can still work as a good replacement for star anise. Because allspice can add a note of pungency to your dish as star anise does.

It works best instead of star anise by adding a little sugar along with allspice in your recipe.

Use it in a 1:1 ratio while substituting.

Caraway seed has a nutty, bittersweet sharpness with a hint of citrus, pepper, and anise (mild licorice). Similarly, tarragon has a pungent, licorice-like taste due to the presence of estragole present in it.

When caraway seeds and tarragon are used together in a recipe, this mixture produces a similar flavor of star anise. Make sure to use caraway seeds in less quantity for their bitterness.

Use two parts of tarragon and one part of the caraway seed while making this spice blend.

Cloves don’t have any taste of licorice. Even so, it can provide a mild sweetness and pungency to your dishes as the star anise does.

Cassia bark has an earthy tone and a sweet finish, reminiscent of licorice.

A mixture of equal amounts of ground cloves and cassia bark is a tasty alternative to star anise. This mixture provides a hot and spicy smell like the star anise.

Star anise adds to your recipe a licorice flavor with a note of mild pungency and sweetness. Unfortunately, this spice is not amply available in Europe and North America. It’s costly as well. Thus it becomes necessary to find a substitute for star anise.

I would personally recommend you to use equal measures of anis and fennel seeds as the most effective replacement for star anise. The second best option is the Chinese five-spice powder.

How to use anise extract as a substitute for mahlab spice?

Can I use star anise as a substitute for licorice root?

How to use different spices in my cooking?