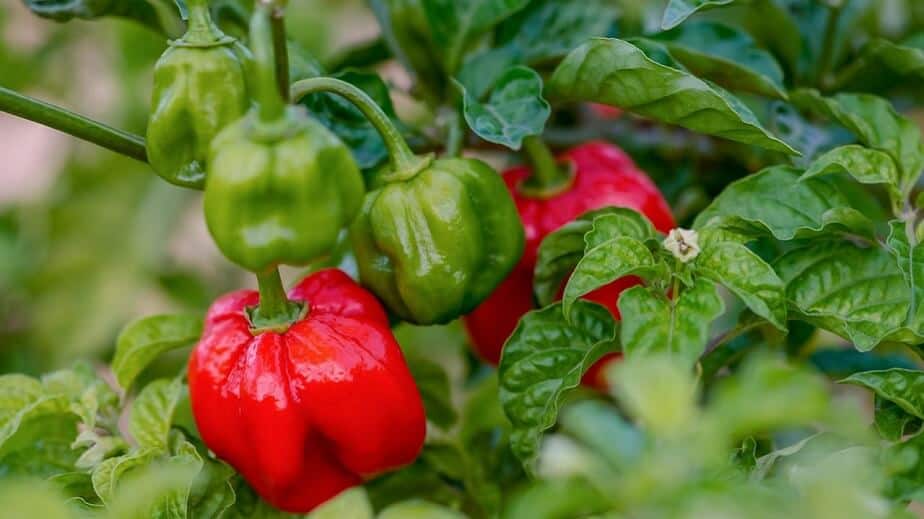 What Are Scotch Bonnet Peppers?

Scotch bonnet, also known as Bonney peppers, or Caribbean red peppers mostly found in the Caribbean and West Africa. This pepper is a cultivar of the habanero.

Curiously, the name of this pepper comes from its resemblance to a “tam o’ shanter hat”, a traditional Scottish bonnet worn by men. This pepper is also known by other local names like ‘Bahama mamas’ and ‘Jamaican hots’.

These hot peppers come in varying colors, often red or yellow, but also peach, orange, and even chocolate brown. They are short and stout, with four distinctive ridges on the tail-end of the pepper.

Dried Scotch bonnet chili peppers are small shriveled pods naturally shrunk after dehydration, and they feature an oval, wrinkled appearance. The skin is waxy, thin, and has leathery consistency.

When you compare it with jalapenos, the Scotch Bonnet can be anywhere between 12 to 140 times hotter, a mighty heat indeed. This chili is a minimum of 2 to a maximum of 12 times hotter than the regular red cayenne pepper.

Surely, it isn’t the hottest chili out there. For instance, the wickedly hot ghost peppers are 3 to 10 times hotter. The top-ranking Carolina Reaper is roughly 4 to 22 times hotter than Scotch Bonnet.

Among the common culinary chilies, the spiciness of this pepper is perhaps the highest. Be careful, chilies above 100,000 Scoville heat units are not for the timid, extreme heat and prolonged chili burn pain are its natural consequences.

Scotch bonnet pepper produces a lot of heat with an underlying mild sweetness and obscure fruity taste. Its taste is somewhat similar to Habanero peppers known for their high heat intensity enmeshed with a fruity touch. You’ll notice a slightly sweet taste, somewhat similar to tomato with a slight hint of cherries and apples.

The scotch bonnet has several variants, from scotch bonnet chocolate to Tobago scotch bonnet, among others. Their heat and flavor vary according to the soil and climatic conditions in which they grow.

What Can I Do With Scotch Bonnet Peppers?

Bonnet chili is very popular in Caribbean cuisines for its heat and fruity tang. This exotic chili is comparatively expensive than other peppers and they are sold sliced, chopped, dried, ground, or as whole fresh peppers.

Bonnet pepper is a usual spice in several recipes like the Caribbean hop pepper sauce, or jerk dishes like chicken

It’s highly versatile and suitable for both raw and cooked dishes; boiling, sautéing, and frying. Use them sliced or chopped for the maximum heat or use them whole and remove them at the end of cooking to add minimal heat to your recipe.

Some of the other popular uses of scotch bonnet peppers include barbequed meat, stuffed chili peppers, jerk seasoning, Creole sauce, and spiced jam.

Where To Buy Scotch Bonnet Peppers?

Generally, fresh Scotch Bonnet chilies are available in supermarkets and groceries in the Caribbean region or in areas with high Caribbean populations. In the US, you may need to look for it in local farmers’ markets or chili farms to check their availability. However, you can buy Scotch Bonnet seeds, dried chilies, and hot sauces from online stores. 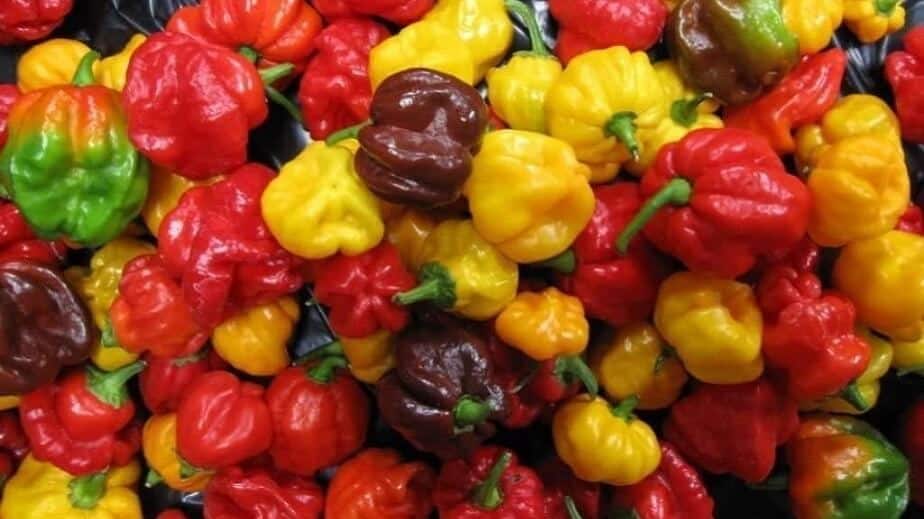 How hot are scotch bonnet peppers?

What are the differences between Scotch Bonnet and Habanero?

These chilies are noticeably different in spiciness and flavor though some close similarities exist in shape, color, and heat level. Habaneros are slightly fruity and sweet and are a tad bitter. The scotch bonnet has a more explicit sweet and fruity flavor and is not bitter.

When to pick scotch bonnet peppers?

The best time to pick Scotch Bonnet peppers should be when they have fully changed their color from green to red, orange, yellow, peach, or chocolate brown. Usually, they are ready for harvest after about 90 days of planting the seedlings.

Can you freeze scotch bonnet peppers?

Yes, you can freeze scotch bonnet peppers and freezing makes them last for several months. The freezing must be done in the correct ways so that they don’t become mushy.

How to freeze scotch bonnet peppers?

How to dry scotch bonnet peppers?

Sun-drying is the most commonly followed traditional method of drying chilies. Where sun drying isn’t possible either oven drying or the food-dehydrator method is used. Well-dehydrated chilies (whole or ground) will stay good for up to 2 years.