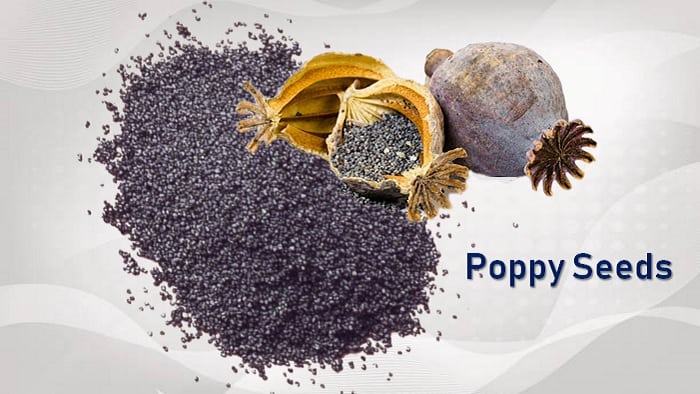 Poppy seeds, also known as Khas Khas or maw seeds, are tiny dried seeds of the opium poppy used as food, flavoring, and a source of poppy seed oil. But if you don’t have any on hand, there are a few good substitutes that have similar flavors as poppy seeds.

Poppy seeds are commonly used in many diverse recipes in Indian cuisine and European cooking. Using it in your recipes, the seeds add to them a nutty flavor and a visually striking appearance.

To make fragrant yeast bread or for a fruit salad dressing, you may love to have poppy seeds. However, finding a replacement for poppy seeds in baking may become necessary when you don’t have them.

Fortunately, there are a couple of other good ingredients that are similar to the poppy in appearance, crunch, and flavor profile. Try one from the list of 5 best substitutes for poppy below.

Black sesame seeds, a common ingredient in Indian cooking, have a nutty flavor and an appearance almost similar to poppy seeds with a similar flavor and texture.

Roasting makes a big difference to seeds; in the case of black sesame seeds, it enhances the nutty flavor. Therefore, use the toasted sesame seeds in fewer quantities in place of black or white poppy seeds.

Regular sesame seeds tend to be slightly larger compared to poppy seeds, but they have a pleasant type of grittiness and a more noticeable crunch.

Instead of poppy seeds, black sesame seeds can be used in baking or cooking, sweet pastries and bread, salads, and hot dishes. In an emergency, it’s a manageable swap for poppy seeds in any recipe. You can also use white sesame seeds in your baking or in sweet and savory dishes. See if any of the sesame seed substitutes will fit into your recipe.

I’m sure that you’ll love chia seeds not only for their wonderful taste but also for their several health benefits. Certainly, it’s a good substitute that you can confidently use.

Furthermore, they almost look like black poppy seeds and provide a grittiness and crunch similar to those of the poppy. Add a teaspoon of chia seeds to muffins or as a topping on bread or pastries. Chia seeds work just like poppy seeds.

Chia seeds may not work well for some recipes as they will absorb water and expand due to their high fiber content. So you might miss its crunchiness in moist dishes, where you might miss the poppy seeds. On the safer side, use chia seeds in dry dishes like the poppy seed. If these seeds aren’t available, you may even choose a suitable chia seed substitute for your recipe.

Nigella seed, also known as black cumin, nigella, or by its scientific name Nigella sativa, kalonji. These seeds come from a flowering plant in the buttercup family and look very much like poppy seeds.

The kalonji seeds are small and blue-black in color, similar to black poppy seeds. It tastes like a mixture of poppy and onion.

Though not so common, you can find many Indian dishes that include nigella seeds. Use it in curries, as a topping on bread and naan, and in spicy dishes.

Nigella seeds can be used in place of regular poppy seeds in a 1:1 ratio. This replacement works best in curries and savory dishes that call for poppy seeds. Also, some of the alternatives for nigella seeds may work in your recipe.

Hemp seeds have a nutty flavor similar to the seeds of poppies, despite the differences in appearance.

Hemp seeds are small, brown seeds from the Cannabis sativa plant. They have a similar nutty flavor, though they don’t look alike.

As a suggestion, if you use roasted and crushed hemp seeds, they will produce a texture that resembles poppy seeds. Usually, the roasted hemp seeds have a stronger flavor as well.

You can substitute poppy seeds with hemp seeds in savory dishes and most other recipes that use poppy seeds. Also, look at the replacements for hemp seed that can be used in your recipes.

Flax seeds are a good alternative to poppy seeds in most dishes; both seeds are also equally nutritious and tasty.

Flax has a pleasant, nutty taste. They can be used interchangeably in some recipes despite their differences in appearance and texture. Whole flaxseeds are crunchy and crispy as well.

Flax seeds are highly versatile and go well with both savory and sweet dishes. Use flax seeds as a 1:1 substitute for poppy seeds in any recipe. There won’t be a problem using any recipes to replace poppy seeds. In some recipes, one of the flax seed substitutes might work as well. 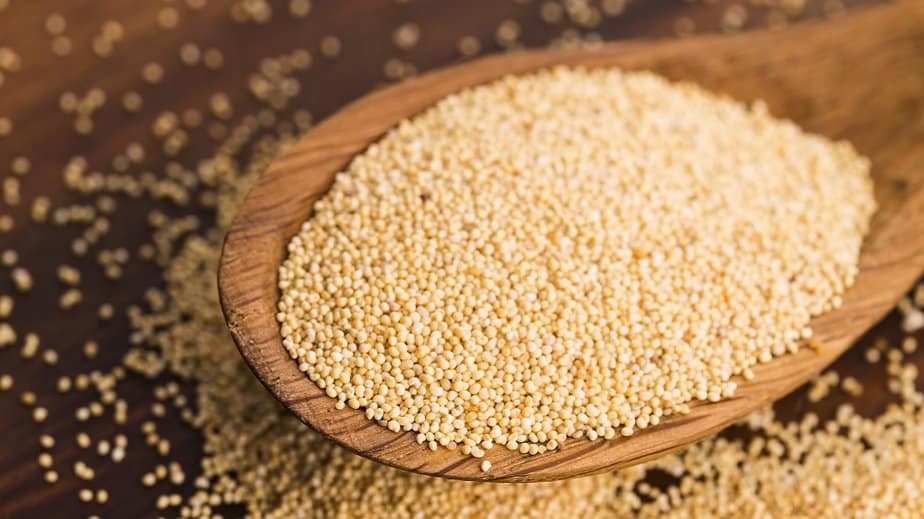 Can you replace chia seeds with poppy seeds?

Chia,  poppy, and flax seeds are said to be the best replacements for hemp seeds. However, you’ll not find they all have significant differences in flavor; basically, all of them have a nutty undertone. They all have similar uses in cooking, especially in making savory or sweet baked goods.

Are chia and poppy seeds the same?

No. Chia and poppy are very different seeds but they are similar in size and have similar applications in cooking. They come from the mint family of plants. The color of the chia seeds can vary, such as black, brown, or white. Both these seeds are rich in several important nutrients, including rare fatty acids like Omega 3.

Are poppy and sesame seeds the same?

Sesame seeds won’t be the same, but both these seeds are rich sources of similar nutrients, including amino acids. Black sesame seeds look like poppy seeds but can be stronger. When used in fewer quantities these black seeds are also a great replacement for poppy seeds to balance the flavor. Sesame is a bit lower in fiber than poppies, at just over a gram per tablespoon.

Are poppy seeds the same as basil seeds?

Basil seeds aren’t as nutritious as poppy seeds, and they also differ in flavor and come from different species of plants. Basil seeds are traditionally used for their medicinal value for their strong antiviral properties. Often, both these seeds are used together in different beverages like flavored soft drinks, smoothies, juices, and more.

Do mustard seeds work instead of poppy?

Mustard seeds are small and round and are another substitute for poppy seeds in almost every recipe. They have a slightly spicy flavor and add a nice depth of flavor to dishes.

Are poppy seeds OK for humans?

When consumed in small amounts (about 15 grams per day), they are safe and beneficial for health. It’s better to consume soaked or baked poppy seeds because the consumption of raw seeds has the risk of addiction and health hazards. Unfortunately, they may produce a positive drug test.

Are poppy seeds allowed in the USA?

The cultivation of opium poppy plants is legally not allowed in the United States. However, the seeds can be imported without any legal restrictions. However, the Drug Enforcement Administration (DEA) does require importers to obtain a permit before bringing them into the country.

So what is the best substitute for poppy seeds? Black sesame seeds are the numero uno choice to replace poppy seeds. The second best alternative is chia seeds, which are quite similar in appearance, crunchy texture, and nutritional profile. Other possible ingredients that can be used as a substitute are flax, nigella, and hemp seeds.