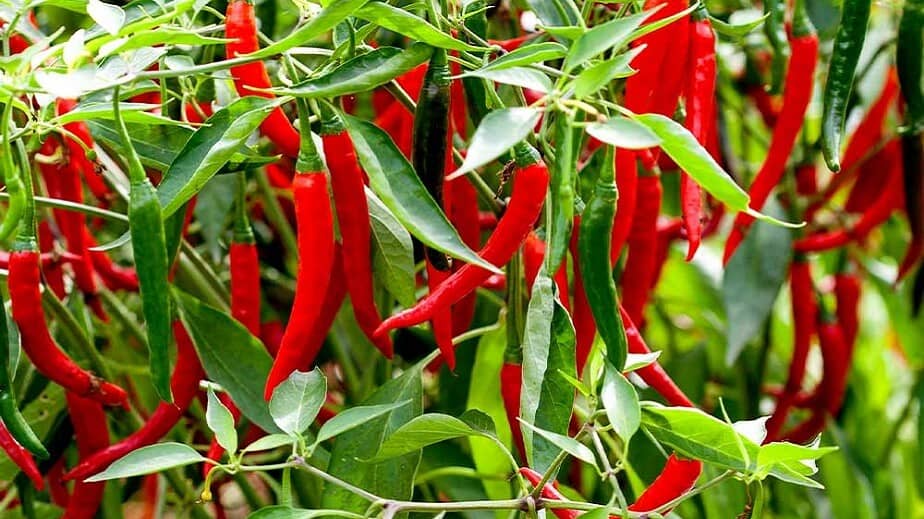 What Are Longhorn Peppers?

The hot longhorn pepper is a little-known but fairly spicy pepper that belongs to the Capsicum Annuum species of plant. It’s a cayenne-type pepper similar to Cow Horn Pepper (Italy) and Thunder Mountain Longhorn Pepper (China). The origin of this pepper isn’t well recorded but is believed to be from Texas, USA.

The fruits are very long (9 inches on average), much longer than a dash of typical cayenne pepper. This chili has an unusual “curl” at the end – hence the name “Longhorn.”

Today, you’ll find different varieties of it, such as Longhorn Hybrid Pepper and Hot Longhorn Pepper, which claim to be high-yielding varieties.

The plant grows to 40 inches tall and will require staking due to its heavy yield potential. It grows best in hot, sunny climates and can be grown in containers large enough to support a tall Capsicum plant with a large volume of fruits. Generally, it’s an outer garden plant. In ideal growing conditions, the peppers get ready for harvest in about 85 to 90 days.

The heat level of longhorn peppers ranges between 15,000 and 20,000 SHU on the Scoville Scale. It’s a medium-hot pepper that offers enough punch for those who like it hot, and its flavor is just right for hot sauces and salsa. Its heat range is close to other common peppers like Chile de Arbol and Manzano. In comparison to common jalapeno chili, they can be 3–5 times hotter and 2–3 times hotter than serrano pepper. It lacks the intense heat and direct punch of the super hot peppers.

It is a gorgeous fruit with extra heat. They grow to about 7–9 inches long but are slender in width. The color changes from green to deep red on maturing. In appearance, they are tapered and narrow down to an unusual curl on the end, reminding us of its namesake – Texas Longhorn cattle.

They are tasty peppers with a strong combination of sweet and earthy flavors. The medium heat of the pepper is tolerable for most chili lovers when consumed in small quantities.

What Are Longhorn Chilies Used For?

This pepper, similar to cow-horn pepper, is excellent for making pepper powder. This pepper is widely used in several Chinese hot dishes. Being fleshy, they can be used for hot stir-fries in meat dishes and vegetable savories. The distinct aroma and sweet, fruity flavor very well complement most savory dishes. Overall, they are great in hot sauces, salsas, stews, soups, and a wide range of savory dishes. Dried chili powder is suitable for hot marinades, spice blends, and chili paste. 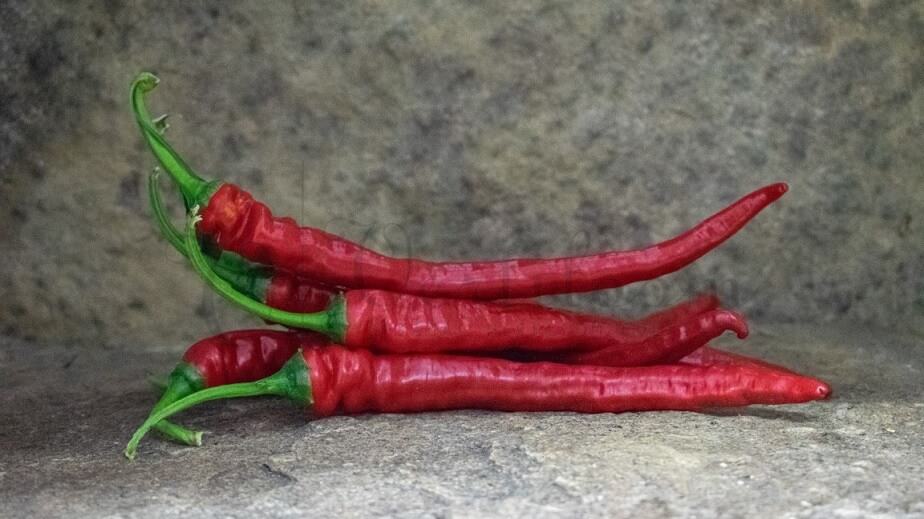 How to Dry And Store Longhorn Peppers?

Medium hot peppers are great when dried and then made into chili powder. They can be dried without any treatment. However, the flavor and quality of the dried chilies can be increased if you give the peppers a quick blanch before drying. Immerse the chilies in boiling water for 3–4 minutes, and then quickly chill the fruits in an ice bath. You can dry the blanched peppers using whatever process you choose. Use mesh or wire racks, a dehydrator, oven-dry, hang them, or just lay them on the mat in very arid climates.

Usually, when the peppers are cut into 1-inch pieces and split, they’ll dry more quickly. In fact, it’s hard to dry large, whole peppers properly without a dehydrator. Removing the seeds and ribs (inner membranes) of the pepper will reduce the heat by 50 percent or more.

By the way, blanching the chilies for 5 to 7 minutes and then chilling will peel off their skin. If you love to have dried chilies without the skin, then do so.

Store the dried peppers in an airtight container and keep them away from humid conditions. You may also use moisture-barrier plastic bags for storing the dried chili pepper. If stored well, the dried peppers will stay good for 1 to 2 years.

No. The Cow Horn Peppers are large, thick-walled cayenne-type peppers named for their shape, which resembles the horn of a cow. They are moderately hot peppers, with a heat level that ranges from 2,500 to 5,000 SHU on the Scoville Scale. The only similarity between longhorn and cow horn peppers is their length, which reaches up to 10 inches.

Are longhorn peppers the same as the Thunder Mountain Longhorn?

No. The Thunder Mountain Longhorn chili is a C. Annuum variety and is one of the longest chilies in the world, originally from the southwest region of China known as Guizhou. It can be over a foot long (about 30 cm). It’s a cayenne-type pepper with a heat level that ranges from 30,000 to 40,000 SHU on the Scoville scale. The Thunder Mountain pepper comes in the category of an upper medium-hot pepper, and it has a complex flavor.

They are sufficiently hot to give your taste buds a big punch. On the Scoville scale, its heat score is between 15,000 and 20,000 SHU. If you are making hot salsas or sauces, this medium-hot pepper is an excellent choice.

What month do you plant pepper seeds?

Sow pepper seeds in late winter or early spring.  Ideally, saw the pepper seeds no more than two months before your last frost date. Sow into pots, grow-bags, or plug trays of a seed-starting mix.