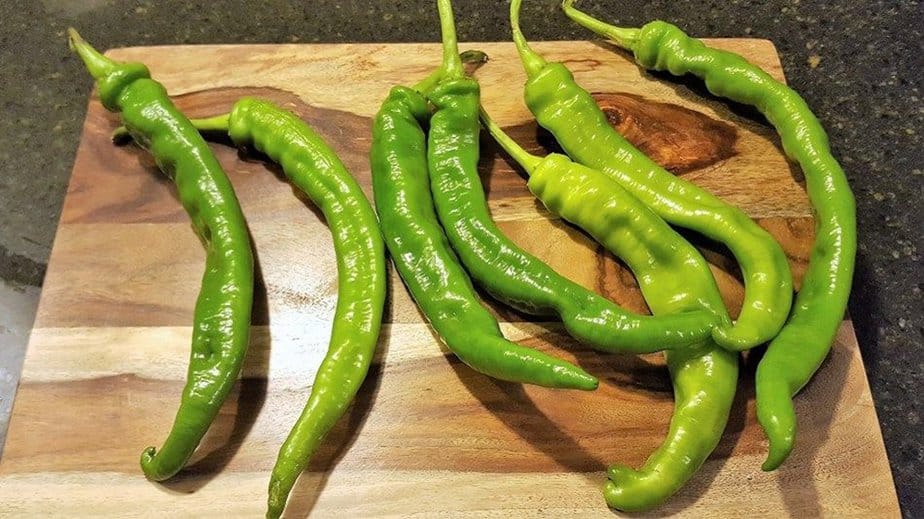 In Italian cooking, log hot peppers enjoy a decorated statuesque; a large pepper that varies in spiciness and is loved for its sweet flavor.

They are akin to sweet peppers such as pepperoncini and bell peppers; taste great when fried while still green or roasted with olive oil, garlic, and salt.

Today, they are grown on specialty farms across the world, especially in places where people of Italian origin are settled. In the US, this pepper is very popular in Philadelphia.

TABLE OF CONTENTS
What Are Italian Long Hot Peppers?
Origin And History
Long Hot Pepper Scoville
What Do They Look And Taste Like?
Uses In Cooking
FAQs

What Are Italian Long Hot Peppers?

It’s a commonly used frying pepper in Italian cooking which is sweet at every stage from green to yellow to red.

Currently, this pepper enjoys a lot of polarity in the United States; made popular by the Italian Americans who settled in the major cities of Philadelphia, New York, Chicago, and others in the early 1900s. This pepper is a primary ingredient in many comfort foods in Italy, and the Italian Americans use this pepper (fried, roasted, or pickled) as toppings on sandwiches, roasted meats, cheesesteaks, or served as an accompaniment to a variety of dishes.

The long hot chile peppers are a good source of vitamin C, a powerful antioxidant that improves immunity. Also, the pepper contains vitamin K and B6, potassium, and a good bit of dietary fiber.

The Italian long hot chili peppers are descendants of peppers from Central and South America. The chili pepper was first introduced to Europe by the Portuguese and Spanish explorers in the 15th and 16th centuries. Over the years, many new varieties of chili peppers also developed in Europe, through natural cross-breeding via self-pollination. The hot long horn peppers were one of such varieties that became popular in Italy.

In the early 20th century, this pepper was introduced to the United States by the Italian migrants who settled on the East Coast of America. Now, you’ll find several specialty farms growing this pepper in different parts of the US and Europe.

The heat level of Italian long hot pepper ranges between 100 to 1,000 SHU on the Scoville Scale. It’s a sweet mild pepper similar to Mexican Bell, Pepperoncini, or Sweet Cherry peppers. It comes nowhere near to the heat intensity of common peppers like Jalapeno, Serrano, or Cayenne peppers. Long hot peppers with an average heat of 500 SHU are 10 times milder than Jalapeno peppers at an average heat of 5,000 SHU.  The poblano peppers can be 4 to 30 times hotter than this sweet Italian pepper.

Italian long hot chili peppers are elongated, and curved, averaging about 17 to 20 cm (6 to 8 inches) long and 2 to 5 cm (.7-1 inch) in diameter, and have conical shapes that taper to the tail-end. The peppers have smooth, glossy, and waxy skin with folds and creases. They change color from green to deep red on ripening and have thin flesh with the central cavity filled with flat cream-colored seeds.

People love this pepper for the unique flavor that is noticeably different from other chili peppers. They have a rich complex flavor profile with a blend of sweetness and tanginess. They are mildly spicy that you can hardly feel a spicy kick while eating them.

The Italian long hot peppers are used in a wide variety of raw and cooked applications. Their mild heat and sweet, tangy flavor make them worthy to be used in sides, appetizers, and salads. They can be chopped into salsas, sauces, and marinades.  In short, they are the perfect addition to any dish on the top or a side.

The pepper is often roasted and added to sandwiches and burgers, baked with cheese and cured meat as an appetizer, incorporated into pasta dishes, topped over pizza, or used as a pickled condiment. They can be used with every type of meat or fish preparation that calls for mild chili peppers.

The peppers’ flavor becomes bolder when they are smoked or roasted. As they have thin skin and flesh, they can be quickly charred or lightly fried to bring out a delicious smokiness and sweetness.

They are usually incorporated whole when added to meals during cooking, including the skin, seeds, and inner membrane. 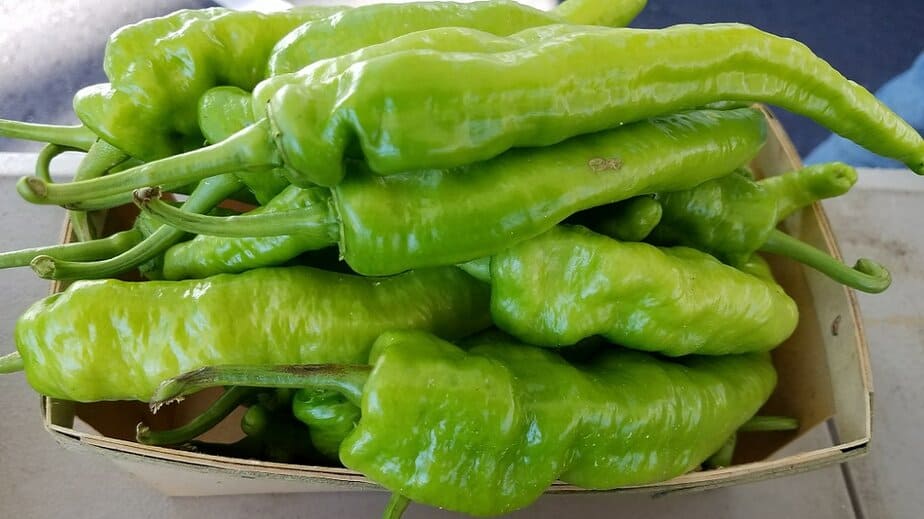 Where to buy Italian long hots from?

They can be easily found in Italy but in the United States, they are particularly popular in the Northeast region, especially in Philadelphia. In other places, they may be available in specialty chili farms and certain farmer’s markets. The pickled pepper is available in some of the leading supermarkets, and also can be bought from online sellers. You can also buy the Italian long hot chili seeds from online seeds sellers and grow them in your home garden. They require little water but need good exposure to the sun to yield better produce.

What is a long hot substitute?

Heat-wise they come in close proximity to sweet capsicums or bell peppers. They can also be substituted by pepperoncini which has the same heat level and sweet-tangy flavor. Anaheim and Cubanelle are other peppers that you can use in place of Italian Long Hot chili peppers.