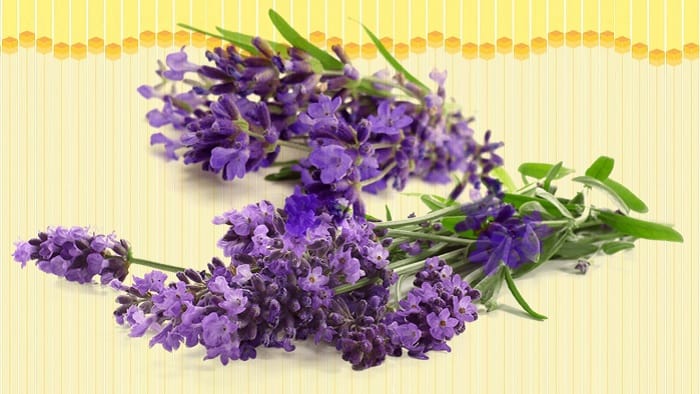 Sipping down a lavender lemonade or lavender honey is amazingly refreshing and energizing. Who doesn’t love to enjoy grilled pork chops with lavender and rosemary or peach lavender jam? The pleasant aroma of lavender in some of the dishes is appetizing.

What to do if you don’t have lavender? What to use in place of lavender in cooking? This article examines the best lavender substitute to use in a pinch, also a little about its flavor profile and uses in cooking.

TABLE OF CONTENTS
What is Lavender?
What is a Good Lavender Substitute?

Lavender is an aromatic herb in the min the family of Lamiaceae, which also includes other herbs like sage, rosemary, and thyme. It is native to the Old World and is found in Cape Verde and the Canary Islands, now commercially cultivated in many countries.  Lavender is best known for its essential oil that has several cosmetic and medicinal uses. The bud, stem, leaf, and oil of this herb can be used in cooking. The herbaceous floral flavor of the purple flowering plant is used in a range of dishes, as well as a coloring ingredient to dress up any plate.

This herb is costly, also unavailable in some regions, in such a scenario, go with a substitute for lavender in your cooking.

Lavender renders a pungent floral flavor and aroma with herbal and earthy notes like a mint. Some verities of lavender do have an astringent and sweet flavor with additional undertones of smoke, woodiness, or fruit that make it appear like a complex culinary herb.

The flavors of lavender pair well with herbs like rosemary, oregano, thyme, savory, and sage.

How to use lavender in cooking?

Lavender is a unique herb in every part of the plant—bud, stem, and leaf—that can be used in cooking. The fresh leaves and flowers of lavender are usable in cooking, but buds and stems work best in dry form.

The dried buds have the most intense flavor thus they should be used in less quantity.  Lavender has dominating flavors and aroma, so always use it in a small amount at a time until a balancing flavor is achieved.

Be careful, overuse of lavender in your dishes can make them taste bitter with fragrance like a perfume.

Lavender is one of the herbs used in the herbes de Provence blend besides thyme and fennel seeds. By and large, lavender can be utilized like you use fresh rosemary, in recipes like baked bread, and meat marinades. The flowers and leaves of lavender work well as a garnish over desserts, salads, sauces, grilled vegetables, and more.  Sprinkle crushed lavender buds over ice cream, atop a cake, or into a glass of sparkling wine.

What is a Good Lavender Substitute?

English lavender is the most popular variety used in cooking. It’s simply appetizing to have the floral sweetness and fragrance of this herb in a wide range of dishes from desserts to meat.

If you don’t have lavender for your cooking, here are some of the best lavender substitutes to try:

Lavender and rosemary are closely related because they both belong to the mint family. Their biggest similarity lies in their taste which is predominantly sweet as well as pungent with an assertive aroma. In addition, bother these aromatic herbs can be used in the same way in your cooking. In fact, you won’t find a better substitute for lavender than rosemary, especially in savory dishes.

Rosemary has a slightly stronger flavor and thus use it in half the amount of lavender required for your recipe and add more towards the end of cooking if necessary.

Herbes de Provence is a blend of herbs that are common in the Provence region of France. Lavender is a key ingredient in this seasoning blend, other variable ingredients are thyme, rosemary, tarragon, basil, savory, marjoram, bay leaf, and oregano.

Each brand does have some variations in the ingredients used in herbs de Provence blends. Note, all these different blends do not necessarily contain lavender though most of them do have. But as a replacement for lavender, use the herbs de Provence blend that contains lavender. Use it in the same amount of lavender required in your recipe.

Parfait d’Amour is a liqueur. This drink, made with a curacao base, vanilla, and flower petals, is often used in cocktails primarily for its purple color. Mostly, lavender blossoms are one of the flowers used in them for pink color and aroma. Parfait d’Amour also has the floral sweet notes that you get from lavender. This liqueur is a possible stand-in ingredient for lavender in desserts, ice creams, custards, cakes, and other sweet concoctions.

Like lavender, lemon thyme also belongs to the mint family of plants. The woody and citrusy notes of this herb are a lot similar to lavender.  Similarly, the lemon fragrance is a compensating substitute for the feminine floral fragrance of lavender. Lemon thyme can be best used in dishes that call for lavender as a garnish.

Mint and lavender share a few common flavor features as they both belong to the same family of plants. Just like lavender, mint is a flavorful addition to sweet and savory dishes. When you are working on salads, sauces, herbal tea, or garnishing grilled poultry or fish, mint could be a nice alternative to lavender. Importantly, mint loses its flavor in dishes that require long cooking, thus use it in your dishes after or towards the end of cooking.

Ras el Hanout or rass el hanout is a spice mix found in varying forms in Tunisia, Algeria, and Morocco. Most varieties of this spice mix do contain lavender as an ingredient. When you have run out of lavender, it’s viable to use Ras el hanout with a pronounced lavender flavor as a substitute.

Dried Herbs Vs. Fresh – Can they be used interchangeably?

What are the uses and substitutes of elderflower?

What to do when you don’t have Italian seasoning?