In cooking, kosher salt is not so popular because of its coarse and flaky texture.

The flavor of this salt doesn’t vary much from its substitutes. This salt also tastes like other salts after dissolving in water.

However, kosher salt differs from other salts in the nature of grains, size, and texture.

Each salt is available in different grain sizes. While choosing a substitute for kosher salt, the same measurement may not work.

TABLE OF CONTENTS
What is Kosher Salt?
Best Substitutes for Kosher Salt
The Bottom Line

What is Kosher Salt?

Kosher salt or koshering salt is a coarse edible salt without common additives such as iodine.

It is used in cooking some types of dishes and not at the table. The main content of this salt is sodium chloride. Some verities may include anti-caking agents.

Kosher salt is extracted from salt mines or seawater.

As it has larger surface areas, it very well sticks to meat and fish chunks. For this reason, it helps in drawing out more blood and liquids from fish or meat chunks. This method is known as koshering.

Kosher salt is the most preferred slat for brining, pickling, and canning. It works well in spice rubs and marinades.

Kosher salt cures meat because it has a large surface area that can absorb extra moisture than regular salt.  It is good for improving the shelf life of meat.

The coarse texture of the salt gives a decorative appearance to some dishes when sprinkled on as finishing salt.

In most parts of the US, kosher salt is available in grocery stores. If you do not have it for some reason, then it’s easy to find a replacement for kosher salt. I’m sure you already have at least one of these substitutes on your kitchen shelf. 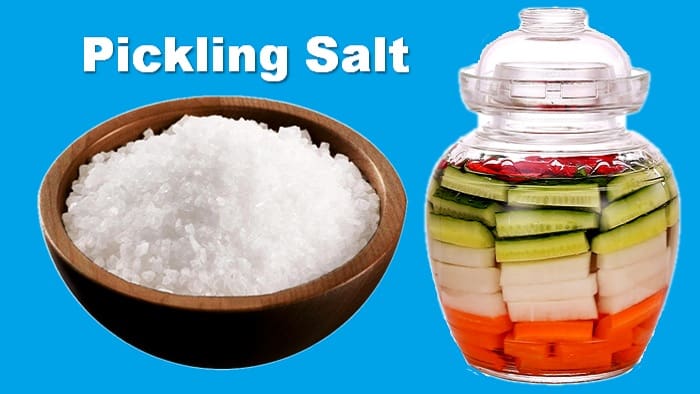 Pickling salt is used mainly for canning and manufacturing pickles.

It does not contain sodium and anti-caking agents.

Most brands of pickling salt have a texture similar to kosher salt despite its smaller granules.  It is made in smaller granules as this allows this salt to quickly dissolve in pickling brine.

You can comfortably use pickling salt as a kosher salt substitute. Of course, it lacks the crunchiness of the kosher salt but allows rapid dissolution.

Pickle salt consists of smaller grains. For this reason, you need to use them in lesser quantities than kosher salts while substituting. 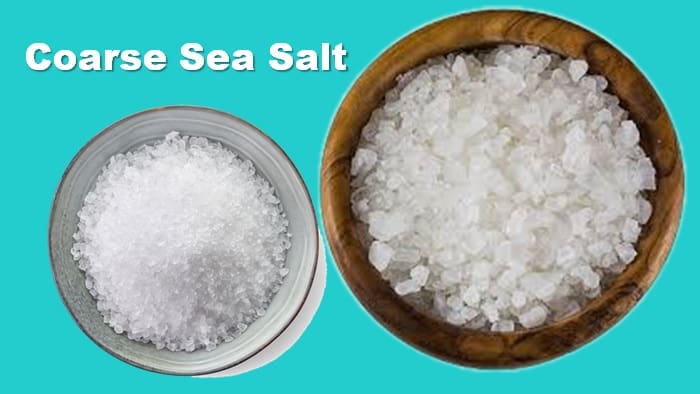 The large crystal-shaped coarse sea salt is quite identical to the kosher salt.

Sea salt is not processed salt like regular salt. It comes from evaporated salt lakes or seawater.

It is rich in trace minerals whereas in regular salt they are removed in the process of refining.

If you love to have the crispy and crunchy texture of kosher salt, then coarse sea salt is the best alternative you can choose. It works great as a finishing salt as well.

As an extra benefit, the flavor of sea salt is almost similar to that of kosher salt.

The crystal sizes of the sea salt grains are not the same. Because of this, the amount of sea salt you use in place of kosher salt varies. 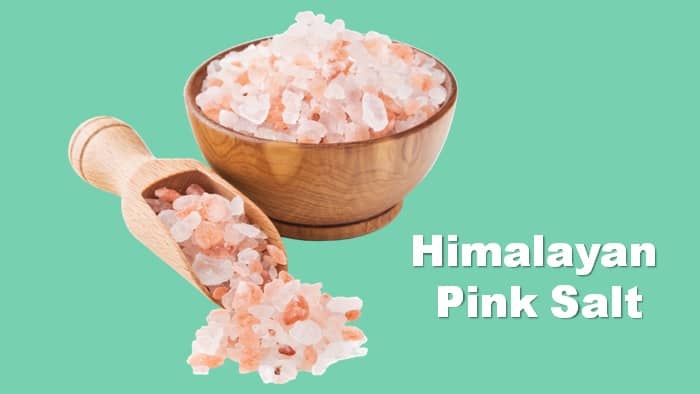 Himalayan salt is rock salt mined from the Punjab region of Pakistan. The salt often has a pinkish color because of mineral impurities in it.

Along with the iron oxide, this salt also has trace minerals commonly found in other salts.

Also, it has trace significant amounts of important minerals like the other salt types above.

The large gains of this pink salt match the flakes of kosher salt. Besides, it gives a colorful look to the dishes.

To your advantage, it adds crunch to delicacies just like the kosher salt.

Finally, Himalayan salt is a sure shot replacement for kosher salt when used as finishing salt.

When you are not left with any of these choices, confidently you can use table salt in place of kosher salt. It gives the flavoring benefits the same as any salt we have listed in this article.

You can also find several other varieties of sea salt that you can use as a kosher salt substitute. There are exotic versions of sea salt like Fleur de sel which comes from Brittany. Other types include Celtic sea salt and flake salt that are also worth using.

What is the difference between garlic salt and garlic powder?

What to use in place of baking soda?

Is salt good or bad for health?