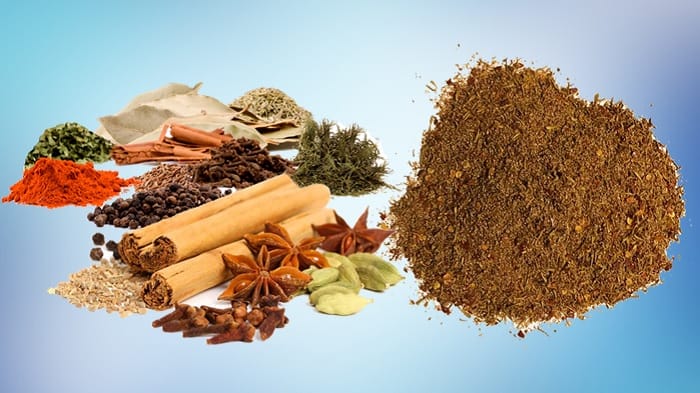 Who doesn’t love to enjoy the jerk chicken from Jamaica? If you love it, then you know the importance of jerk seasoning.

What to do if you don’t have jerk seasoning for preparing the Caribbean jerk meat or other dishes? What are the other ingredients that you can use in place of jerk seasoning?

This article explains the best jerk seasoning substitute you can use in a pinch, also a little about its flavor and uses in cooking.

What is jerk seasoning?

The name ‘jerk’ reportedly stems from the Spanish charqui, referring to dried strips of meat similar to jerky.

Jerk meat is a traditional dish very popular in Jamaica and other Caribbean islands. The meat is dry-rubbed or wet marinated with a hot spice mixture called jerk seasoning or Jamaican jerk spice mix. This spicy seasoning is an essential part of jerk dishes made of meat, fish, or vegetable.

You can buy jerk seasoning in paste or powder form from Caribbean grocery stores or online vendors. If it isn’t available in your region, then no choice expect to use a substitute for jerk seasoning.

What is in jerk seasoning?

Note, there are a couple of variants of this spice mix manufactured and sold by different brands. Some prefer to use homemade seasoning with customized ingredients according to their taste preferences and availability of spices.

The aroma and taste of jerk seasoning are dominated by its chief ingredients such as allspice, Scotch bonnet peppers, and thyme. Allspice, also known as Jamaican pepper, has a complex flavor, reminiscent of a mingling of cinnamon, cloves, and nutmeg.

The simple pantry staples used in Jamaican jerk spice mix make it both spicy and sweet. The heat level of jerk seasoning ranges from 100,000 to 350,000 Scoville Heat Units (SHU) which is several times hotter than a jalapeno pepper. In the course of jerking, the spice mixture also acquires a smoky flavor.

How is jerk seasoning used in cooking?

This spice mixture was originally used on chicken and pork, but now it is used as an ingredient in a wide variety of dishes like fish, shrimp, tofu, beef, sausage, goat, lamb, and vegetables.

Usually, jerk seasoning is mixed with little oil and used for marinating chicken or pork before smoking/grilling. It is also sprinkled over pizzas, hummus, and other dishes to instantly add a spicy flavor to them.

What is a good jerk seasoning Substitute?

The key to jerk-style cooking is the Jamaican spice mix and the type of wood chips used for smoking the meat. Jerk seasoning is easily available in the Caribbean but if you are not in the Caribbean, then you might require a jerk seasoning substitute.  Here are some of the best alternative spice blends for your jerk recipe:

This spice mix is not a brainer for it contains the basic spice rack essentials. In fact, the best substitute for jerk seasoning is a homemade spice mixture with the very same ingredients used in it.

You won’t find some of the ingredients used in jerk seasoning in other seasoning blends, thus making your own blend is necessary for making an authentic jerk. To your advantage, most ingredients used in jerk seasoning are either already there in your pantry or can easily be bought from a grocery. A scarce item in the mix may be the scotch bonnet pepper but you can use a suitable substitute for this pepper.

Allspice, Scotch bonnet pepper, and thyme are the key ingredients to which you must pay special attention. Don’t miss out on garlic, green onions, ginger, nutmeg, and cloves.

Increase or decrease the ingredients according to your preferred flavor profile. It’s better to make the fresh seasoning mix just required for immediate use.

Ras el hanout is a spice blend of Moroccan origin commonly used in African and Middle Eastern cuisines. This spice blend is a lot similar to the Jamaican spice mix in terms of flavor and ingredients.

Baharat, Arabic for “spice”, is a special and all-purpose spice blend widely used in Middle Eastern cuisines. This mixture contains most of the ingredients in jerk seasoning except Scotch bonnet pepper. But ground peppercorns and chili peppers in baharat have spiciness that matches bonnet pepper. In a pinch, baharat is a wonderful alternative to jerk spice mix that works great in most jerk dishes.  Like every other spice blend, you’ll find several different blends of baharat, thus choose the blend that contains all the core ingredients as in jerk seasoning.

Rogan josh, also spelled roghan josh or roghan ghosht, is an aromatic curried meat dish of Kashmiri origin, North India. Rogan josh spice mix has most of the ingredients as in jerk spice mixture except allspice, thyme, and bonnet pepper. Cinnamon, cloves, and nutmeg in this blend mitigate the flavor of allspice. Similarly, the spiciness of hot paprika and Kashmiri chili powder in rogan josh seasoning is equivalent to scotch bonnet pepper.  Therefore, rogan josh seasoning blend is a manageable jerk seasoning substitute. Use them interchangeably as a 1:1 substitute.

What can I use instead of garam masala?

What is the best replacement for chai masala?

What is the best substitute for tandoori masala?

What use in place of chat masala?