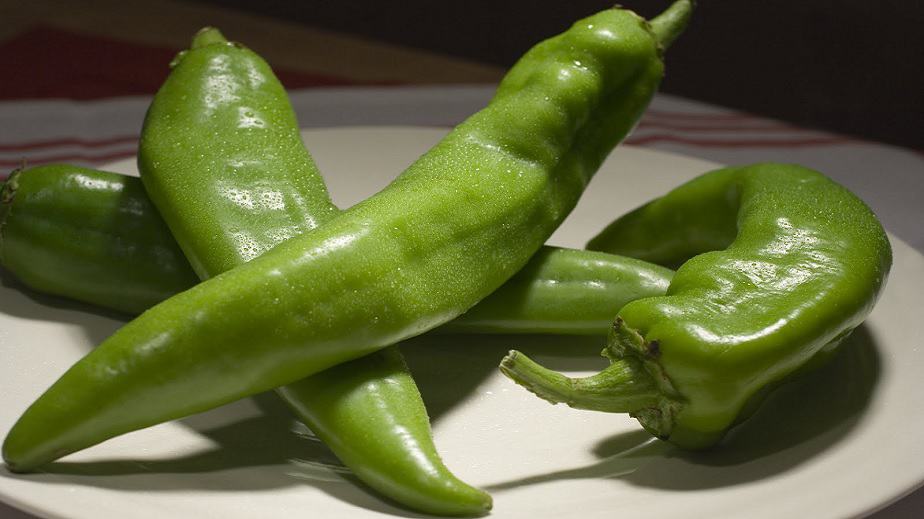 The Hatch peppers’ ever-increasing popularity stems from their flavor more than their spiciness. In addition, how much heat you’re lusting out, there’s a variety of Hatch chile that’s perfect for you.

Honestly, the Hatch is like no pepper you’ve had before. You’ll be dazed by its sweet and smoky flavor; also its grassiness that makes it taste like it’s freshly picked.

This article digs into all the important details of New Mexican peppers.

What Are Hatch Chile Peppers?

Hatch chile peppers are a generic name for the chili peppers that are cultivated in the Hatch Valley region, New Mexico.

The Hatch valley, famous for chili peppers, is located in the center of the vast fertile agricultural land of Rio Grande; this region is entitled the “Chili Capital of the World”.

The authentic Hatch peppers, regardless of types and actual location of growing, should be from pods grown in the Hatch region.

New Mexican chilies from the Hatch region are long, glossy green peppers that taper to a blunt point. They have green semi-thick flesh and the inner membrane is studded with small, flat, white seeds. The heat level varies according to the specific type of peppers, the mildest ones clock around 1,000 SHU while the hottest among them can go up to 8,000 SHU on the Scoville Scale.

Origin and History Of Hatch Chiles

In 1894, Fabian Garcia from the New Mexico State University had begun the development of New Mexican chiles. He cross-bred several local pod types to create a healthy variety of chili peppers suitable for the soil and climatic conditions of New Mexico. Fabian wanted the pepper to be somewhat larger and smoother which was better for canning.

After many years of selective cross-breeding and nurturing, in 1913, Fabian released a unique variety of pepper which was named New Mexico No.9. This new variety of chile is the genetic base of all the different varieties of New Mexican peppers available now.

Today, these locally grown chili peppers are an integral part of the food culture and tradition of New Mexico. Every year on the first weekend after Labor Day, the annual Hatch Chile Festival is held and attended by about 30,000 people from around the world in the small town of Hatch.

In 2012, a new law was passed by the legislators of the State of New Mexico that prohibits the sale of chili pepper with the label “New Mexican” if they aren’t actually grown in New Mexico.

Now, there’s a wide selection of sub-varieties chiles that fall under the common name of “Hatch Chiles” and the most popular ones are:

There are over a dozen varieties of Hatch peppers; about a third of them are as hot as a typical jalapeno pepper. Their heat level varies from a reasonably mild 1,000 SHU to around 8,000 SHU on the Scoville Scale. I have been told that a few of the variants developed recently are even hotter, on par with habanero peppers’ heat. The average heat level of Hatch chiles is similar to Anaheim or poblano peppers. The moderately hot New Mexican chiles are near equal to a jalapeno pepper.

The size and appearance of the New Mexican peppers vary according to the specific type of pepper in consideration. Some of the varieties are from 4 inches up to over a foot long.

These peppers start out green and mature into bright red. Overall, the size, shape, and length of most Hatch chilies are nearly the same as its cousin, the Anaheim pepper, which was first grown from a Hatch pepper strain.

Today, many people in the US love this pepper for its earthy flavor which is similar to the Anaheim pepper. If eaten raw, they offer a crisp, spicy flavor comparable to the onion. But when they are roasted, you’ll enjoy their smoky, earthy, and sometimes buttery flavor.

Hatch chilies can be eaten raw or cooked, but their thick skin and fleshy walls make them great for roasting. Due to the large size, they are excellent for stuffing. Undoubtedly, they are wonderful options for chili Rellenos.

In the US, particularly in New Mexico, the Hatch peppers are used in a wide variety of dishes such as soups, stews, sauces, and other side dishes.

There is a huge fan following for roasted Hatch chiles; also the fresh green pepper works great in hot salads and pureed green chili sauces. The flavors of New Mexican chilies really bloom when the fresh chile peppers are roasted. In fact, the buttery, smoky smell and taste of roasted Hatch chilies is something that people relish the most in them. 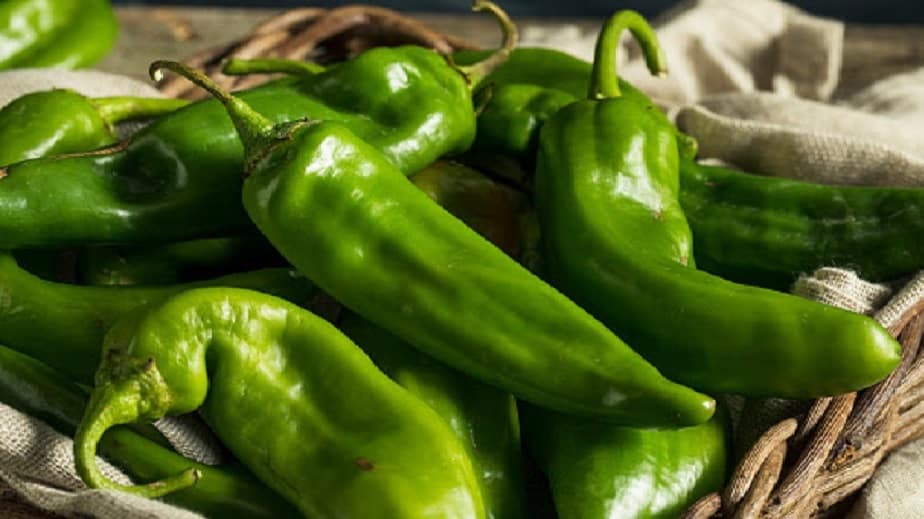 How to cook with hatch chile peppers

Cooking with Hatch peppers isn’t hard for even the pureed sauce with red or green chilies tastes great. Typically, they can be roasted and added to stews, soups, salads, corn fritters, biscuits, sandwiches, cheese, or dips. These chiles are processed into the versatile sauce for topping enchiladas, chile Rellenos, scrambled eggs, and many more.

Can I grow hatch chile peppers?

Certainly! You can grow every type of Hatch peppers from seed or purchase seedlings and grow them in your vegetable garden. They are grown just like the other common chile pepper such as cayenne, jalapeno, poblano, or serrano. Hatch chiles are uniquely tough to grow for they can’t withstand harsh weather conditions. Cultivation should begin in at the onset of summer and mature chiles will be ready for harvest from August to September. Note that as per the legal agricultural product protection law, they can be commercially sold as “Hatch Chile Peppers” only if they are grown in Hatch, New Mexico. But that doesn’t mean Hatch chiles grown elsewhere will lack the authentic flavor.

When is hatch chile season?

Hatch chiles are hybrid peppers with a very short cultivation season in summer. They are typically harvested in August and September each year but depending on the weather conditions the harvest season can be extended for a few weeks on either side.

Where can I buy hatch chile peppers?

It used to be difficult to get fresh Hatch chile peppers outside New Mexico. Today, with their ever-increasing popularity, they are becoming more and more available in local grocery stores and online retailers across the US.

What can I substitute for hatch chiles?

Anaheim pepper is the close cousin of Hatch peppers and both have similar features in general. They can be used interchangeably in any recipe calling for either of them. Cubanelle peppers are also a good substitute for New Mexican peppers. Even poblano peppers could make a good alternative to Hatch chiles in times of emergency.