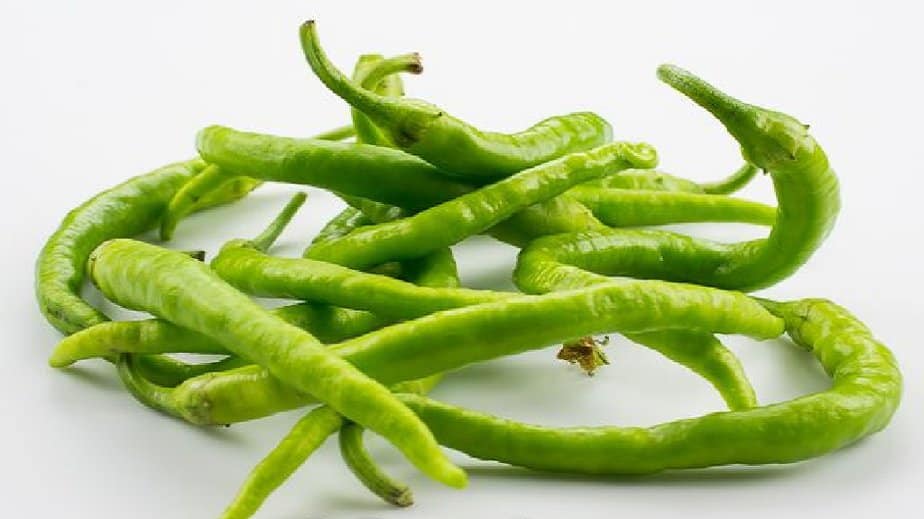 Have you ever heard of guindilla peppers? If not, you’ll be surprised to know there are enough people who embark on an exhaustive search to find them. These peppers are unique and supremely satisfying.

The guindilla chile peppers in wine vinegar are also referred to as “piparras”.

A member of the Capsicum Annum family, Guindillas are a traditional Basque pepper, mostly known as Piparras in Spain.

It’s an elongated, narrow pepper with a mild heat and a pleasant sweetness. In Spain, it’s commonly sold pickled or brined.

The cultivation and processing of this pepper primarily remain in the Basque Country, which is a small Spanish town that shares the border with France. Therefore, you’ll rarely find fresh guindilla chili outside Spain and a few places in France.

Usually, the pepper is picked before it gets ripe and often the mature green peppers are pickled in white wine vinegar which makes them deliciously tangy with a mild heat.

They are mild peppers with almost the same heat level as Anaheim and Cascabella peppers. Still, they provide an enjoyable punch that everyone would love.

The heat level of guindilla chile ranges from 1,000 to 2,000 SHU on the Scoville Scale. When compared to the average heat of Jalapeno (5,000 SHU), the hottest guindilla chili is nearly 3 times milder.

This pepper is hotter than banana pepper (average 500 SHU) but they both have the same sweet and tangy flavor.

These peppers are thin and long and their length can vary from 7 to 15 cm (1.5-6 inches). The pepper has a thin skin and the flesh in the inner membranes is also thin; the inner cavity of the pepper contains a few cream-colored, flat oval-shaped seeds.

They are elongated and tapered with a pointed tail-end. The shape of the pepper is almost the same as the long red cayenne pepper. The skin of the pepper is smooth and shiny with hardly any wrinkles and crevices. Their vibrant green to greenish-yellow color makes them look very attractive.

While eating, their mild heat with a soft crunch is something that people love them for. Guindilla chili pepper has a bright and moderately sweet taste. When pickled, they have an added tangy flavor that makes them tastier. The famous Spanish piparras are nothing but pickled guindilla peppers.

What Are Its Uses?

The pepper skin is thin with crispy flesh, making them suitable for garnishing cocktails, grilled meat, and salads. Guindillas are part of a tapas platter (small appetizers or snacks popular in Spanish cuisine) and are often used for flavoring oils.

Usually, this pepper is pickled in white vinegar and used for cocktails such as Bloody Mary. The narrow elongated frame and mild heat make this pepper a popular pickle in Spain and some regions of France; often served as a side with wine, cheese, or snack.

The pepper is the base ingredient in the highly popular speared bar snack called pintxo in the Basque region, also known as pincho in Spanish. Having guindilla pepper with a salt-cured anchovy and olive is a popular treat in the Bosque region.

If you’re interested to have quick and easy tapas, then this pepper is a wonderful option that gives you a slightly sweet and mildly spicy flavor. Once you eat them, in doubt, they’re going to be one of your favorite treats. 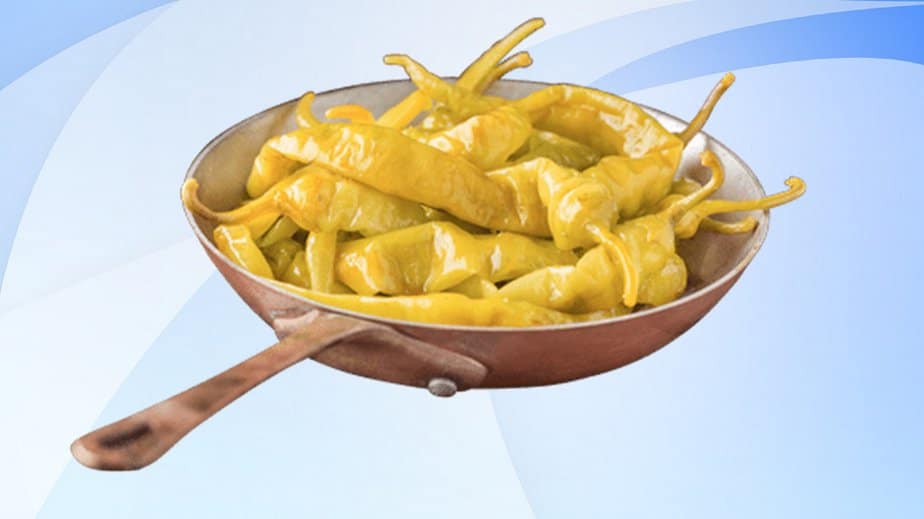 What is the meaning of “guindilla” in English?

The Spanish word “guindilla” means “chili pepper” in English; it’s rather a generic moniker. This pepper is also known as “piparras” or “Guindillas la Vasca” when pickled. Often, you’ll also find many different varieties of chilies being referred to as guindilla, especially the jarred chilies.

Where to buy guindilla peppers?

Fresh guindilla chili peppers are rarely available outside Spain and a few areas in France neighboring Basque region. However, you can buy “pickled guindilla peppers”, or “piparras” from online hot spice sellers or specialty stores that sell hot spices and condiments from across the world. You can also pick up the guindilla pepper seeds online if you are keen on growing them in your vegetable garden.

Are guindilla peppers good for you?

They have a good bit of vitamin C, vitamin A, and B vitamins; and a few trace elements. Also, it contains Capsaicin but not as much as super hot peppers. Capsaicin has several health benefits like relieving pain and promoting weight loss.

Piparras Chile Peppers are green or yellowish-green peppers that are jarred in salt and vinegar brine to be preserved for future use. Generally, it’s made of a variety of narrow, long guindilla chiles native to the Basque region of Spain. Piparras is mildly flavored with a tartly sweet overtone. They are often served as an appetizer with olives and hearty dried meats, seafood, salads, and more.