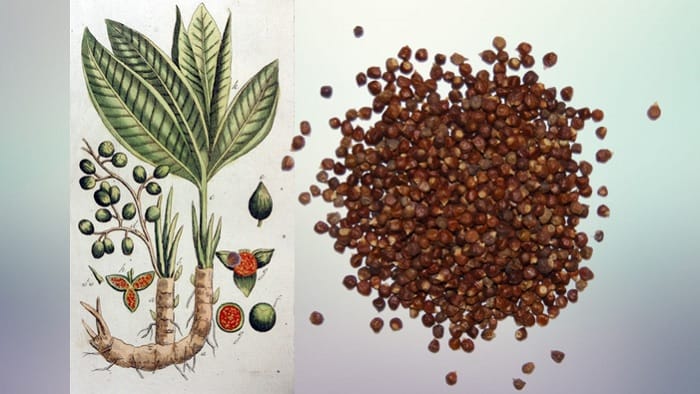 What about brewing a spiced Saison today? Then you ought to have some grains of paradise to produce an exotic Saison. And if you can’t get it then you have to think of using a grain of paradise alternatives.

Grains of paradise, originally found in West Africa, is a spice similar to black pepper and offers a mild heat with complex notes of ginger and cardamom. Without these tiny spice beads, you can’t make a perfect Moroccan ras el hanout blend and some of the traditional Nigerian dishes.

As you know, the grain of paradise, also known as guinea pepper, is a mouthwatering pungent spice with a complex flavor that you can use in numerous recipes. To your disadvantage, it isn’t easy to find this spice sold in groceries if you aren’t living in West Africa. Of course, you can buy it from online sources but quite expensive. Don’t worry! I have handpicked a few grains of paradise substitution ingredients for you. Here are they:

There is no better substitute for grains of paradise seeds than black peppercorns. They both have the very same flavor profile and are often used interchangeably.

Interestingly, they share not only the flavor but also the appearance and aroma. So much so, that it is difficult to distinguish between them from the taste of a dish using either of them.

As for a difference, the black peppercorns give an instant feeling of heat and punch, but the grain of paradise slowly works its way up. Per each teaspoon needed, you can substitute: 1/2 teaspoon of fresh ground black pepper

Cardamom and grain of paradise belong to the ginger family of plants. These two spices have a lot of things in common, especially their flavor and aroma.

Just like the alligator pepper, cardamom also pairs well with most other spices and herbs, and recipes.

For a notable difference, cardamom has a mild flavor of heat and adds a bit of sweetness to your recipe. Thus, when using it as a replacement for grains of paradise, adding a little black pepper to ground cardamom will be the game-changer.

Usually, guinea peppers are added towards the end of cooking but cardamom needs to be added at the initial part of cooking itself. You may also use a cardamom substitute if you don’t have this stuff.

Sansho powder is a Japanese seasoning powder made from the ground berries of the prickly ash tree. Just like the guinea grains, it has a peppery-citrus flavor with long residual heat.

Sansho spice blend is quite a popular seasoning that goes well with Japanese sushi, stews, and soups.

In place of grains paradise, you can use this powder sprinkled over already cooked foods as a topping. As a substitute, use a teaspoon of Sansho powder for each teaspoon of grains of paradise your recipe calls for.

As a substitution for grain for paradise, it works well in sauces, meat and vegetable dishes, salad dressings, vinaigrettes, baked goods, and beverages.

Pepperwort, or field pepper, is a widespread weed originally native to Europe. The plant has midsized green leaves in various shapes and reddish-brown small seeds.

Pepperwort has a strong resemblance to melegueta pepper’s flavor. It has a citrusy note with mild hotness and a lingering aroma. The heat of this spice is short-lived, unlike the melegueta pepper.

In an emergency, you can use pepperwort in most recipes that call for grains of paradise. 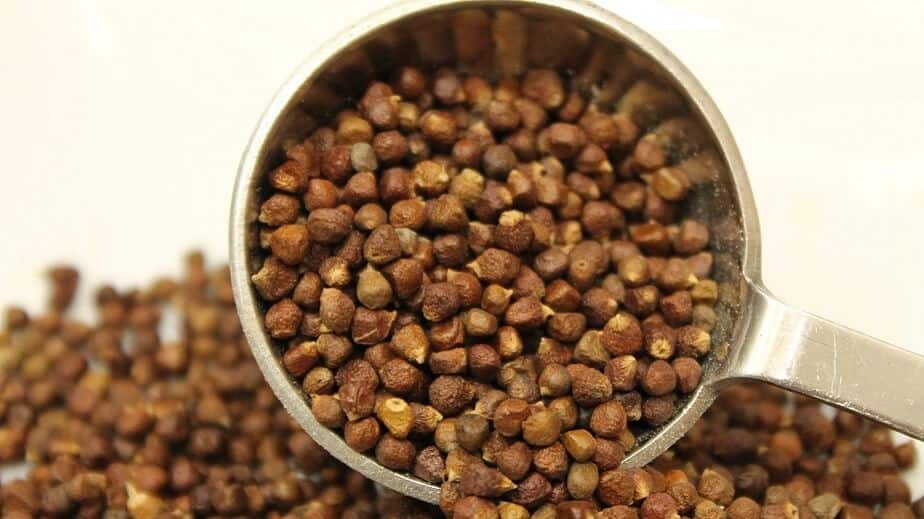 They are predominantly peppery in flavor. Grains of paradise are aromatic spices related to ginger and have a peppery flavor and spicy heat with mild hints of hazelnut, jasmine, and citrus. They are usually added to dishes towards the end of cooking and it instantly makes the dishes spicy and flavorful.

Is black cardamom the same as grains of paradise?

No. the Grain of paradise is a plant that is related to cardamom and ginger and is indigenous to the West coast of Africa. The black pepper-like seeds of this plant are used as spice and medicine. The peppery floral-flavored seeds have mild hints of cardamom and the citrusy tang of ginger. Cardamom, both black and green, is a pod spice in the ginger family originating from South India. It’s a commonly used spice in Indian cuisines and medicines.

Are grains of paradise the same as alligator pepper?

Alligator pepper (also known as mbongo spice or hepper pepper) is a West African spice with pods and seeds. It’s got from the Aframomum danielli plant which is closely related Aframomum melegueta plant that yields grains of paradise. Hepper pepper is sold in pods filled with seeds; they are highly aromatic. They can be used as a substitute for grains of paradise but they are hotter and more aromatic.

Why are grains of paradise outlawed in Florida?

Grains of paradise is a popularly used spice, especially in the West and North African recipes. The woody and peppery flavor of this spice with lingering heat is a wonderful addition to any recipe with a pungency and heat flavor profile.

In the end, black peppercorn is my number one choice for grains of paradise substitutes. Other replacement ingredients worth trying are Sansho powder and cardamom.

Also, read about the substitutes for Sichuan peppercorns, and replacements for nutmeg in other articles here.