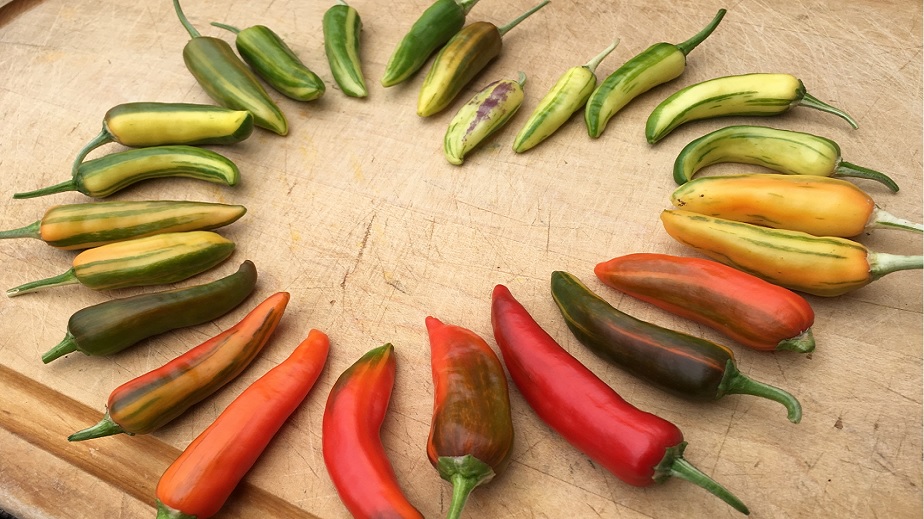 What Are Fish Peppers?

The fish pepper is a medium-hot, small chili pepper cultivar that belongs to Capsicum annuum species.  It’s an African-American heirloom variety that dates to the 1800s. The pepper is closely associated with the food and cultural history of African-American communities in Baltimore and regions across the Chesapeake Bay.

The fish pepper got its name as this chili pepper was traditionally used in fish dishes, especially the seafood dishes.

The plant has variegated foliage and the peppercorns ripen from white with green streaks to a dark red color. The uniqueness of the plant is marked by its leaves which range from white to part green and white to fully green. The cream-colored speckles spread across the leaves’ surface make the foliage look beautiful. The plant produces an abundance of bi-colored peppers.

In short, fish peppers are an exotic pepper for their ornamental elegance, medium-hot tasty pepper pods, and their historical importance in Chesapeake.

The fish pepper is said to have originated in the Caribbean. It was then carried to North America and was first documented in the early 1800s along the East Coast.

It’s an heirloom pepper that was passed down through generations. The African-American slaves in the Mid-Atlantic region cultivated this pepper during the 19th century; it was most popular in Baltimore.

Michael Twitty, a well-known culinary historian, ascribes that fish peppers were brought to the Baltimore, Maryland, area by Haitians. Within a short span, this multicolored chile pepper began to pop up in gardens and kitchens, and a favorable market for the pepper was created in the city.

Over the years, this pepper lost its popularity with the massive urbanization that happened across the Mid-Atlantic region. Fish pepper almost came to a stage of extinction but was saved by a painter named Horace Pippin, who traded rare seeds.

Today, fish pepper is making a strong comeback as many specialty chili farms across North America are commercially growing them.

The heat level of fish pepper ranges from 5,000 to 30,000 SHU on the Scoville Scale.  On average, it can be placed in the middle of heat differences between jalapeno and serrano peppers.  Fish pepper said to be a variant of serrano pepper, has almost the same spiciness as the serranos. In comparison to Jalapeno, the hottest fish pepper can be 2 to 7 times hotter, but the mildest one can be equal to the average heat of the jalapeno.

You’ll surely love this pepper not only for its flavorful medium heat but also for its ornamental greatness. It’s a unique heritage plant that blends both beauty and enjoyable flavors with a spicy punch.

The foliage is variegated white and green and it goes the same for the unripe fruit. The chili pods are 2-3 inches long and are cone-shaped. The fruits have a beautiful ripening stage; it turns from white with green stripes, to orange with brown stripes, and then bright red. Both the pods and foliage are truly ornamental.

Fish peppers taste like a cross between a cayenne and serrano peppers. The pepper is fruity and spicy with a texture similar to the serrano pepper but without any bitterness.

What Are Fish Peppers Used For?

The name of the pepper itself suggests the key use of fish pepper. The unripe fruits of this pepper are popularly used to flavor seafood dishes in the Black catering community of Baltimore till the early 1900s. It was an integral part of many classic dishes that were so well received in the Baltimore region in the late 1800s to mid-1900s.

This pepper is traditionally used in crab and oyster dishes popular in the northeastern United States.

This beautiful-looking chili is very flavorful and exceptionally good for making hot creamy sauces, especially the white sauces used for topping seafood. It’s the white-creamy color of the pepper that made this pepper popular for making white sauces. 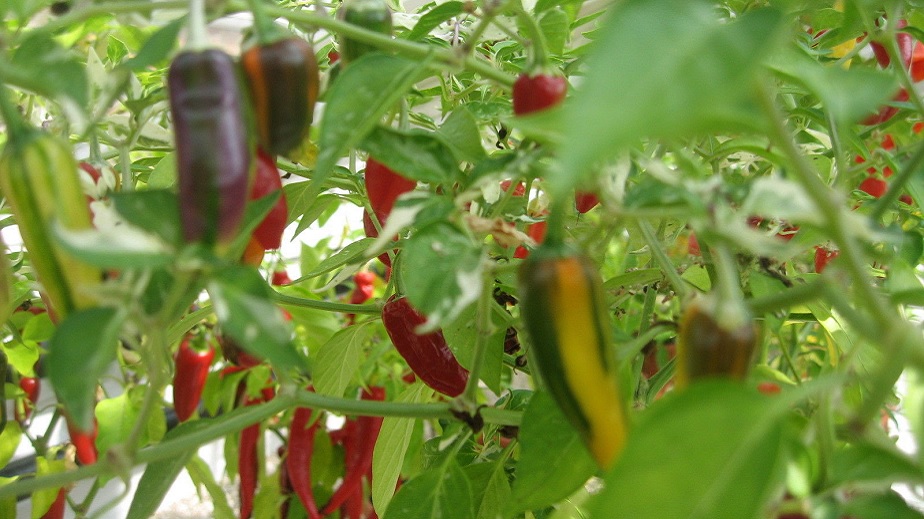 How to grow fish peppers?

Growing fish pepper follows the very same process as growing other common varieties of peppers like jalapeno or serrano. They are suitable for planting both in containers and on open fields outdoor. They grow best in sunny, frost-free months of the year.

How long does it take the fish peppers to ripen?

Fish peppers are can be typically harvested in about 70-80 days after transplanting. The plant continues to produce pods well into the late season of autumn.

Where can you buy fish pepper?

Today, fresh fish peppers can be found in most chili farms across the regions in the Chesapeake Bay. Once again, this pepper is gaining popularity, and you’ll find fish pepper heirloom seeds with online seeds sellers.

For further reading, have a look at the reviews of Chile de Arbol and Manzano chiles which have a similar spiciness to fish pepper.