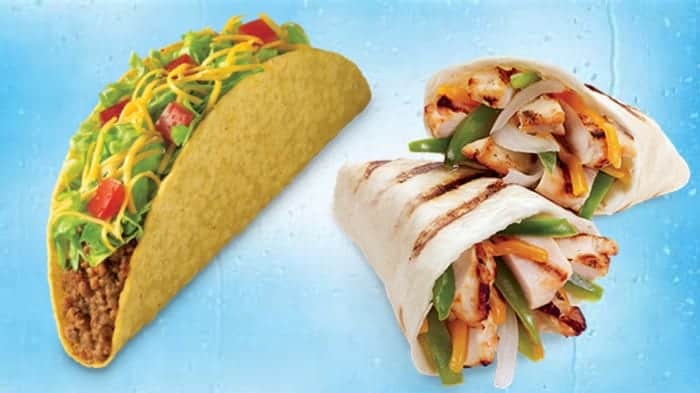 From the outward appearance, tacos and fajitas with tortillas look almost the same. They have a few identical features as they’ve usually got veggies and meat for filling wrapped in a tortilla. Despite the few similarities, they both have distinct ingredients and taste profiles that give each one its own unique status and acceptance in Mexican cuisines.

This article looks into the similarities and differences between taco and fajita, also an analysis of fajita seasoning vs. taco seasoning.

TABLE OF CONTENTS
What is a fajita?
What is a taco?
Taco Vs. Fajita
Fajita Seasoning Vs. Taco Seasoning

What is a fajita?

The meaning of fajita is closely related to Spanish “faja” which literally means “small belts” or “girdle”. In Mexican gourmets, it refers to a type of meat used in the dish such as skirt steak or carne asada, a long, flat muscle that exists in a cow’s diaphragm area.

Today, fajitas are a popular Mexican dish that enjoys wide popularity like tacos. It consists of strips of spiced beef or chicken, grated cheese, and chopped vegetables wrapped in tortillas and often served with sour dip.

What is a taco?

A taco is a traditional Mexican dish consisting of a folded or rolled tortilla stuffed with different types of mixtures, such as chicken, mince, cheese, lettuce, or beans. The wrapper can be small hand-sized corn or wheat tortilla topped with filling.

Tacos are said to have originated in Mexico, long before the Spanish arrived. Several centuries ago the native Mexicans of Aztec culture used freshly made, flat, soft corn tortillas and filled them with fish, meat, or cooked organs. In fact, it was the staple meal that provided vital nutrients and energy to those consuming it.

The differences between fajita and taco are mostly in the ingredients used in them.

The classic version of fajita is made with grilled strips of skirt steak with onions and bell peppers and served hot with tortillas, sour cream, salsa, and guacamole. Today, you’ll find several versions of fajita made with steak, chicken, or shrimp, or even with plain vegetables.  Fajita seasoning used for marinating the steaks or chicken is crucial to its unique taste.

Tacos are many in types and contain all sorts of ingredients; more commonly used base ingredients are fish, seafood, chicken, beef, or pork with salsa, sour cream, onion, lime, or other fresh dishes.  Taco toppings can contain anything that suits your taste preferences such as dessert taco with ice cream, breakfast taco with egg, or vegan taco with fresh vegetables.  Traditionally, tacos are wrapped in soft corn tortillas but Tex-Mex tacos use soft flour tacos or hard corn taco shells.

You’ll find a variety of tacos that use fajita or skirt streak meat for topping. Interestingly, fajitas in tortillas are tacos, but tacos aren’t fajitas.

Fajita ingredients are always grilled while tacos can have either grilled or fresh tomatoes, lettuce, and other raw vegetables.

An authentic fajita is always made with grilled strips of skirt steak on the other hand a taco can contain any ingredients such as meat (including fajita), fish, or vegetables.

Can I use fajita and taco seasonings interchangeably? Yes, you can. However, if a souring agent is included in the pre-mixed fajita seasoning, it may not go well with some recipes that call for taco seasoning.