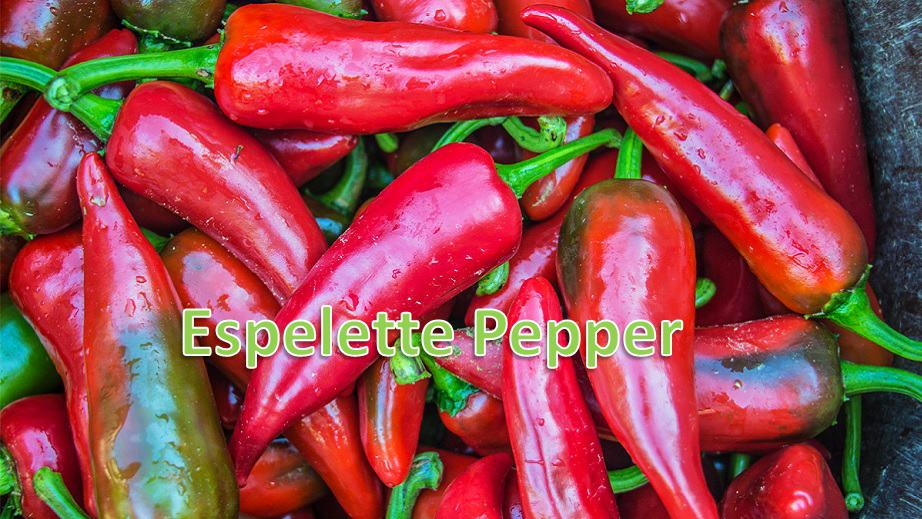 The Espelette pepper is a chili pepper cultivated in the French commune of Espelette, Pyrénées-Atlantiques. This pepper, also known as Piment d’Espelette or Basque pepper, is a mild pepper that clocks in 4,000 SHU on the Scoville Scale.

Piment d’Espelette is a quintessential part of many Basque dishes. By the way, the Basque country straddles the borders between Spain and France. You’ll find a mixture of French and Spanish influence in most dishes in the Basque region. In the age of exploration itself, the Basque people had adopted chilies as part of their cuisines.

It’s a unique pepper so prevalent t0 the Basque region’s cuisine and economy. In 2002, Espelette pepper was officially certified as an AOC (Appellation d’origine controlee) which means “controlled designation of origin” and AOP or Appellation d’origine protégée. With this recognition of branding, the original Espelette peppers are those grown in the French Espelette region. Otherwise, the pepper has to be given another name whatsoever.

What is Espelette Pepper?

Espellette peppers belong to Capsicum annuum species and are a rare specialty variety of chile that is part of the Solanaceae or nightshade family. This red pepper was adopted by the Basque people in the 16th century.

They mature and ripen from green to vibrant red color. The pepper grows about 6 inches long, is curved and conical shaped, and has a pointed tail-end. The skin is glossy, smooth, and slightly wrinkled.

Beneath their thin skin, the pepper has somewhat thick flesh, crisp, and pale-red, and the central cavity is filled with round and flat, cream-colored seeds.

Fresh Espelette chile peppers will keep good for 1-2 weeks when loosely stored whole; preserve them unwashed in a plastic bag in the refrigerator.

Espelette chili peppers are descendants of peppers native to South America which were brought to Europe in the fifteen century by Portuguese and Spanish explorers. This pepper was first introduced into the Basque region by certain Gonzalo Percaztegi, a Basque navigator who was part of the sailors who accompanied Christopher Columbus. Particularly, the main center of cultivation was the fertile Nive Valley. Even today, this mild hot pepper is predominantly grown in the Basque region in the communes of Espelette, in France.

Every year, the “Espelette Pepper Festival” is celebrated with a lot of fanfare on the last weekend in October in the Basque region of France. According to some rough estimates, around twenty thousand pepper lovers attends the festival. During this festival, most towns and streets in the region are decorated with garlands and festoons of Espelette peppers.

During the festival, the peppers and other traditional agricultural products of the region are displayed and sold. The festival has live traditional folk dances, concerts, games, and parades conducted all in honor of Espelette chile, a symbol of Basque culture and tradition.

Usually, after the harvest, the pepper is strung onto cords consisting of a minimum of twenty peppers with the date of harvest noted on the cord. It’s beautiful to see the peppers on strings hung from the balconies and facades of houses, groceries, and restaurants. When needed the pepper is pulled off the string for use in cooking.

Most restaurants in Espelette commune have this pepper featured on their menus in signature dishes.

The Espelette pepper is mild to moderately hot pepper with a heat level ranging between 500 and 4,000 SHU on the Scoville Scale. The heat varies according to the growing conditions and time of harvest. In comparison to Jalapenos with 2,500-8,000 SHU, the hottest Espelette pepper is close to the average heat of Jalapeno chili pepper.

It tastes fruity with mild hints of heat. Almost, everyone will enjoy the mild spiciness, as well as a slight smokiness. At times, they can be as spicy as an average jalapeno, especially the ripe red peppers, but they aren’t overpowering.

The dried and ground Espelette chili pepper is marked by a stronger smoky sweetness, something similar to smoked paprika.

In the Basque region, the pepper can be purchased fresh or dried, like ground pepper, or pureed or pickled. Espelette pepper is an integral part of several Basque cuisines, also like other mild peppers it can be incorporated into numerous dishes. The well-known Basquaise, a piquant sauce, is made of Espelette powder, fresh tomatoes, and peppers, and is used to cook meat from seafood to vegetarian meals. The famous Basque dish “piperade” is made with this pepper, onion, and tomatoes; used as a relish or sauce.

This pepper can be used both raw and cooked; and is suitable for roasting, fresh salads, sautéing, and baking. The dried peppers are used in salsa, sauces, and relish. You’ll find it in savory pepper jellies, paste, and jams. In Basque cuisines, the cooked peppers are added to stir-fries, roasted vegetables, pasta, stews, and soups. 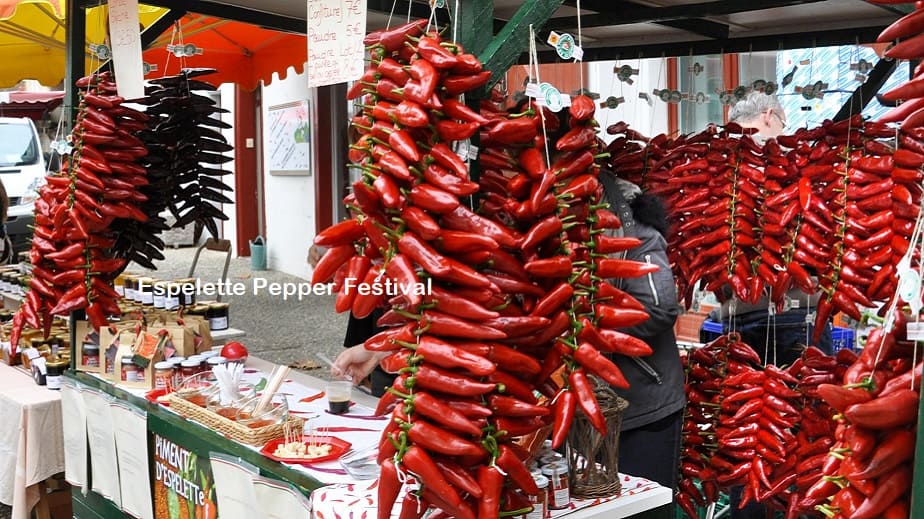 Where can I buy Espelette peppers?

It’s difficult to source fresh AOC Espelette peppers outside France and in some areas of Spain. You can buy the dried powder version of the pepper from online stores. A few specialty chili farms in the US and Europe do grow and sell non-AOC Espelette peppers.

What is a good substitute for Espelette pepper?

The best substitute for Espelette pepper is sweet paprika or smoked paprika. They are quite similar to it in flavor and pungency. Other alternatives for Espelette chiles could be jalapeno, poblano, chipotle jalapeño, or mirasol.

Is Espelette pepper the same as paprika?

No. But they are a lot similar in flavor and heat level. The smoked paprika tends to be much smoker than the natural smokiness of Espelette pepper. Piment d’Espelette has a subtle mix of smoke and sweetness, unlike paprika which is predominantly smoky in flavor.

What are Basque peppers?

Basque pepper is the same as the Espelette pepper which is a treasured chile of the Basque country. Its robust and smoky flavor makes this pepper an important ingredient in several French dishes, especially in the Basque region.

For further reading, have look at reviews of cayenne pepper and Aleppo pepper in other articles here.