Although the meanings of both the terms are different they imply the same offense. However, the implications and punishment for both the offenses may vary from state to state.

From all perspectives, DUI and DWI denote a serious offense committed by the driver which amounts to risking the safety and health of others and him/her.

A driver may be impaired by different agents such as alcohol, recreational drugs, cannabis smoking, opioid drug abuse or overdose of any prescription drugs.

CONTENTS hide
Understanding of DUI vs. DWI
DWI and DUI From Legal Pointview
Is Drugged Driving DUI or DWI?
Alternative Acronyms: OWI and OUI
What are the consequences of DUI or DWI?
Possible Outcomes of DWI or DUI Conviction

Understanding of DUI vs. DWI

Importantly, the terms DWI and DUI are used to denote drunken or impaired driving.  From a legal point of view, in some states of America drunken driving is termed as DWI while some others call it DUI.

The indiscriminate use of both terms in different states of America is rather confusing. Most people use both the terms to refer to drunken driving.

Some states have clear and specific connotations for both terms.  DUI refers to the case where the driver is under the influence of drugs or alcohol while driving the vehicle. Whereas, DWI means driving while intoxicated of alcohol with a blood-level of alcohol content (BAC) above the legal limit.

Most of the states use the acronym DUI for driving under the influence of alcohol. They use DWI for driving while impaired by narcotic substances, alcohol or drugs.

You can possibly look up the traffic laws of your state to understand the legal connotation of these acronyms of the state you’re in.

DWI and DUI From Legal Pointview

DWI and DUI are similar offenses from the point of view of fatal consequences they cause to the self and others. Despite this, the difference between DUI and DWI is not always vivid and clear in legal proceedings.

Unfortunately, there isn’t a nationwide definition of these driving rules’ violations. Motor vehicle driving rules enshrined in the Federal laws do not distinguish between the two offenses.

As a matter of fact, different punishments are pronounced for DWI and DUI offenses in different states of America. Both the violations are the same for all reasons but they are considered as separate driving behaviors.

DUI is commonly called ‘drunk driving,’ it refers to operating a motor vehicle while one’s blood alcohol content is above the legal limit set by statute, which supposedly is the level at which a person cannot drive safely.

DWI is an abbreviation for ‘driving while intoxicated/impaired,’ which is an offense committed by an individual who operates a motor vehicle while under the influence of alcohol or Drugs and Narcotics.

Is Drugged Driving DUI or DWI?

A driver can become impaired by using an overdose of the drug. In such a situation, a police officer can reprimand or arrest the diver for impaired driving.  Drugged driving is a legal offense worthy of trial and imprisonment.

Overuse of prescription drugs, OTC drugs, or illegal drugs can cause impairment. The arresting officer may take the help of a Drug Recognition Expert (DRE) to clinically verify drugged driving.

In the case of proven drugged driving, the driver can be charged with DUI or DWI.  The charge can vary from state to state according to the legal classification of drugged driving.

If you are on regular use of prescription drugs beware of the impairment the drugs can cause while driving. Indiscriminate use of illegal drugs or non-prescriptions medications can make you impaired.

For your notice, there are other terms used for drunken driving in some of the states of America. For example, “Operating under the influence” (OUI) is used in Rhode Islands, Maine, and Massachusetts.

Some other jurisdictions use the term “operating while intoxicated” (OWI) to note drunken driving.

Some of the state courts have larger implications attached to the term “operating”. The implication goes beyond the fault of driving a vehicle under the influence of alcohol or drugs. A person at the driver’s seat even when the vehicle is halted or not running can be penalized for ‘operating under the influence’.

What are the consequences of DUI or DWI?

If you are found guilty of impaired driving under any circumstances you will face serious consequences. The seriousness of the crime varies according to the jurisdictions.

If you are found guilty of impaired driving you may face punishments like:

It is not easy to get back your driving license after the revocation. In most cases, DWI or DUI drivers have to attend defensive driving classes to get back the driving license.  The trial court may also recommend you for alcohol or drug treatment program.

Drivers under conviction for DWI or DUI driving may solicit undesirable consequences such as:

How will DWI driving will affect your car insurance?

Repetition of the offense may lead to loss of insurance coverage.

In the case of DWI driving, some states demand up-gradation of safety devices in the vehicle driven by the defaulter. The police may ask the driver to install an ignition interlock device in the vehicle. The vehicle will not start unless you blow into the device and it will not allow the vehicle if your breath contains alcohol. Also, you have to pay the cost of the device, its installation charges, and monthly monitoring fees.

3. Suspension or revocation of License

The severity of DWI/DUI driving offense depends in part on whether you have injured or killed someone. According to the severity of the crime, you may be banned from driving for life or suspension of license for a year or two.

If you have injured or killed someone in the course of DWI driving, you will be imprisoned for a few months to many years.

5. Confiscation of the Vehicle and license plate

The police officials can impound or confiscate the vehicle involved in DWI or DUI. It happens especially if the driver causes injury to another person through reckless driving.

In conclusion, it is a terribly bad thing to get punished for DWI/DUI driving.  However, you can avoid it if you are conscious and careful about good driving culture.

Even while you have strong prescription medicines you can get into impaired driving. Most of the opioids and sedation medicines can affect your attention or focus, or induce sleep while driving.

You should make a conscious decision of not driving while under the influence of alcohol or any other intoxicating drugs.

Driving rules and punishments can ban you from driving and get punished and penalized for the violation of driving rules. It is also embarrassing to face DUI or DWI conviction. 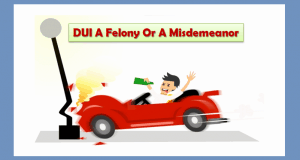