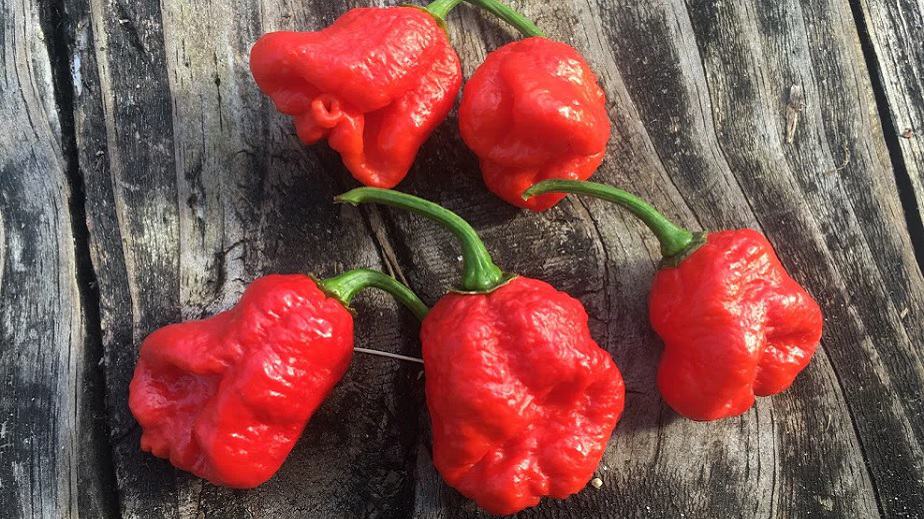 The Dragon’s Breath chili is one of the hottest chili peppers in the world now with a mighty 2.48 million Scoville heat units.

Chili experts and growers, probably motivated by fame and passion, continually cross peppers to develop hotter and hotter peppers. With advanced scientific expertise in cross-breeding, they are on with continuous experiments in crossing various superhot peppers to push the envelope of heat.

The Dragon’s Breath chili pepper is the latest entrant at the top rungs of the Scoville heat ladder. Its wicked, numbing heat surpasses the Carolina Reaper, the current reigning champion.

What Is The Dragon’s Breath Pepper?

The Dragon Breath chili pepper, originated in the United Kingdom, and is developed by a chili farmer Neal Price in collaboration with NPK Technology and Nottingham Trent University. It’s an upgraded variant of 7 Pot Infinity Pepper. This chili pepper isn’t created for consumption but for producing highly potent and concentrated Capsaicin oil to be used as a skin anesthetic.

In 2016, the Dragon’s Breath plant was optimally grown by a chili breeder Mike Smith of St Asaph, Denbighshire, Wales. Reportedly, the upgraded variant of this pepper produced by Mike Smith scaled 2.48 million Scoville heat units. It’s claimed to be the second-hottest chili on record after Pepper X, yet to be officially confirmed by the Guinness Book Of World Records.

This pepper was named Dragon’s Breath after the Welsh dragon, as a mark of the nationality of the farmer from Wales who cultivated this pepper.

Mike Smith only wanted to grow an attractive pepper plant to enter in the Year Contest at the 2017 Chelsea Flower Show. He not only produced a beautiful chili plant but the chili peppers from them turned out to be one of the hottest peppers in the world. The military-grade heat of Dragon Breath chili pepper eclipsed the Scoville heat levels of Komodo Dragon and Carolina Reaper peppers.

With a lot of media hype, this extremely hot pepper is a subject of controversy among chili enthusiasts. Many think that this pepper is a hoax with a lot of inaccurate information reported, especially its ability to kill if ingested. Despite the controversies, this pepper is real and gaining a lot of popularity. They cannot kill you but their unbearable, extreme pungency make them unsuitable for regular use in cooking.

The dragon pepper can be up to 992 times hotter than a typical jalapeno pepper averaging 5,000 SHU. When compared to commonly used extreme hot chilies in cooking, the Dragon’s Breath is 6 to 25 times hotter.

The ghost pepper (bhut jolokia), a popular choice of extreme hot pepper eaters, is 2 to 3 times milder than this pepper. At its peak, this Dragon’s pepper has double the heat of Carolina Reaper ranging from 1.4 to 2.2 million SHU. Pepper X, which clocks in at 3.18 million Scoville units, is about 0.7 million SHUs hotter than its closest rival, Dragon’s Breath.

The Dragon Breath chili plant grows about 4 feet in height. They bear small chilies average ½ inch long and look esthetically very pleasing. In fact, Smith grew this chili for competing in the Chelsea Flower Show, in 2017.

The chili pods are wrinkly and bumpy, similar to Carolina Reaper and Ghost chilies. It has a tiny scorpion-like tail indicative of high heat levels. As chilies mature, the pods ripen from green to bright red.

Besides its unique and beautiful appearance, the chilies offer a sweet, fruity flavor with scorching heat. The heat of this pepper isn’t tolerable for most people who are not hot chili eaters.

What Are They Used For?

Just like other super hot chilies, Dragon’s breath is not used in general cooking. There aren’t any recipes that can accommodate such a wickedly hot pepper. If you use it at all, just one chili may be enough to heat up multiple pots of soup. A small bit of this chili is sufficient for a bowl of hot sauce you prepare. You’ll want to be conservative to start, then add more as you’d like. 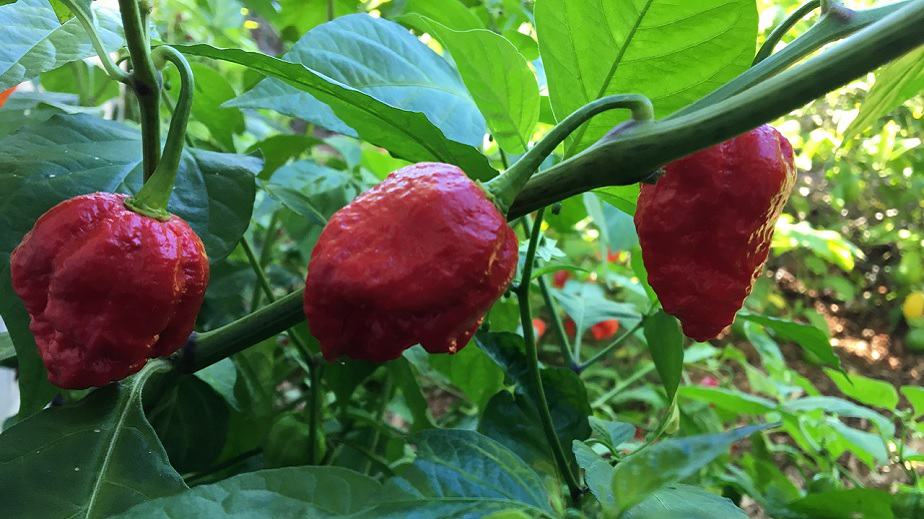 Is Dragon’s Breath the official hottest pepper in the world?

The Guinness Book Of World Records for hottest pepper (in 2022) is still held by Carolina Reaper. Unofficially, the hottest pepper in the world is Pepper X, and Dragon’s Breath Chili stays at the second spot.

Can eating a Dragon’s Breath pepper kill you?

No. Eating superhot peppers like Pepper X, Dragon’s Breath, or Carolina Reaper will not kill you. There aren’t any medical records that claim any incidence of death or anaphylactic shock from eating them; claims of death are completely unfounded. However, an overdose of capsaicin in high concentrate form may cause nausea, vomiting, and stomach pain but they will not tear or burn through any of your body parts. Some might experience severe chili burns internally and develop related digestive issues which may call for immediate medical attention.

What is the current hottest pepper in the world?

The Guinness Book of World Records is considered the official listing of world records, both of human achievements and the extremes of the natural world. On its listing for the year 2022, the Carolina Reaper is listed as the hottest pepper in the world.

Where to buy Dragon’s Breath chili?

This pepper isn’t available in supermarkets and groceries because they are not commercially cultivated. You have to look for specialty chili farms that grow hot peppers where you can get them at all. Buy Dragon’s Breath chili seeds from online sellers and grow them in your kitchen garden.

What is the medicinal value of extreme hot peppers?

The capsaicin extracted from hot peppers is used for developing natural anesthetics useful for those allergic to typical medical anesthetics. In the Agricultural sector, it can also be used as a pesticide.

For further reading, also have also a look at the features of other superhot peppers Dorset Naga and 7 Pot Pepper in other articles here.