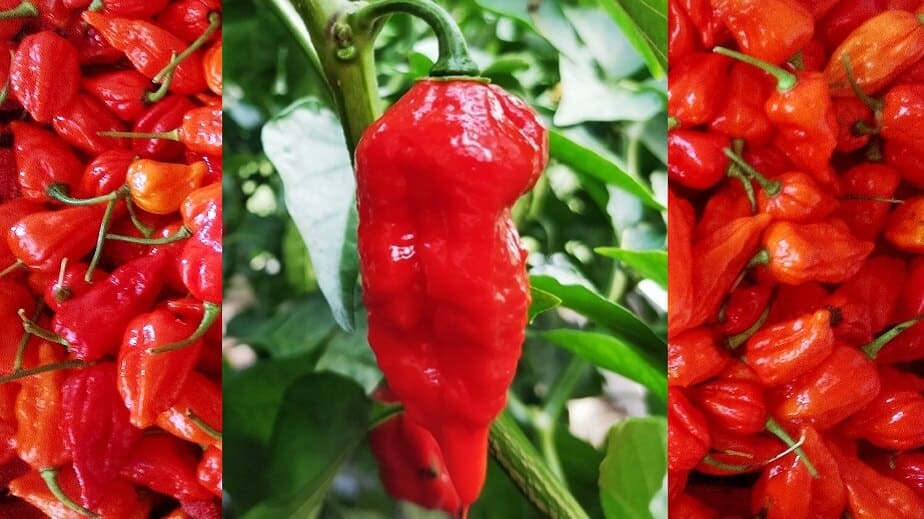 What Are Dorset Naga Chilies?

The Dorset Naga chilies are a subspecies of Naga Morich. It’s created through selective breeding of carefully handpicked seeds and after several cycles of reproduction.

Since 2009, the Dorset Naga is recognized as a unique pepper variety, and it has the fangs to back it up. This massively hot chili pepper goes beyond the 1 Million Scoville Heat Units line. This chili is known for its scorching heat and an enjoyable fruity taste. Truly an exceptional chili indeed!

The Dorset Naga chili was first introduced to the world by Michael Michaud and Joy of the Sea Spring Seeds, chili growers on the Dorset coast of England.

In 2001 they started growing selective breeds of Naga Morich, already well known to England’s Bangladeshi community. Seeds from the best plants and pods were selectively collected from each round of cultivation for the next cultivation.  After a couple of years of selective breeding, they were happy with the result. A tastier and hotter pepper was developed from the original Naga Morich, and they named it the Dorset Naga. No cross-breeding technique was used.

This pepper after multiple rounds of heat testing (SHU), Sea Spring Seeds began to sell seeds and pods of an improved new variety of traditional Naga chilies. Ever since it’s been a favorite for the regions and chiliheads around the world.

In 2009 Dorset Naga was recognized as a distinct variety, and Sea Spring Seeds was awarded Plant Variety Protection for this pepper.

The new variety of pepper isn’t entirely different from the original Naga Morich but has a smoother and thicker pepper wall, higher heat level, and more explicit fruity flavor.

After several rounds of heat testing, the highest heat level of this chili was measured as high as 1,598,227 SHU on the Scoville Scale. One of the hottest peppers in the world for sure. Overall, the heat remains around 1,000,000 SHU, a barely tolerable level of scorching heat for most people.

When you compare it with a typical Jalapeno, which has average heat of 5,000 SHU, the hottest Dorset Naga is about 300 times hotter. A mighty heat indeed!

This chili is hotter than the famous fiery Ghost Pepper (Bhut Jolokia) which measures around 1 million SHU on the Scoville Scale. Another pepper that comes in the same range of heat is the Trinidad Moruga Scorpion.

The heat of Dorset Naga builds up slower than the Naga Morich which makes it feel even hotter.

Being a Capsicum plant developed from Naga Morich, these two chilies have the nearly same look. Also, it’s a lot similar to Ghost Pepper but there are subtle ribs along the skin. The average size of a pod is about 2 inches long and 1 inch wide. The fruits ripen from green to deep red.

Dorset Naga is predominantly fruity in taste. Like Bhut Jolokia, it exhibits a mild sweetness and tartness, followed by a subtle undertone of woody flavor. The overwhelming heat of the chili quickly undermines its flavor.

What Are Naga Dorset Chilies Used For?

Every chilihead would certainly enjoy the awesome heat of the Dorset Naga which is more than gratifying. Dehydrate them to make your own chili powder, a perfect ingredient for extra spicy seasoning blends and marinades.

This chili is great for preparing spicy stews and soups; just enough to add a pinch of chili powder to make your sauces crazy hot. Importantly, cooking with Dorset Naga should be done with utmost care and conservativeness in the amount used.

The fiery heat of this chili can really obliterate your taste buds. Blending this chili with milder peppers can mellow down its heat. But if you enjoy the superhot peppers then it’s more than what you can ask for.

Always use it in small quantities; diluting the chili powder in the sauce will greatly reduce that insane intensity of heat.

Usually, a teaspoon of chili powder will be more than enough to make hot curries, soups, and stews.

The differences between them are subtle except for the heat. In fact, when these two are placed side by side, it’s hard to tell them apart.

The slight differences from parent pepper are visible in some features. The Dorset Naga has slightly thicker and juicier inner walls. Similarly, it has smoother skin with fewer folds.

Both these peppers are average two inches long, corn shaped, grow to a point, and change color from green to red on maturing.

Overall, their size, shape, and taste are almost identical. The Dorset Naga has many similarities to the Ghost Pepper (Bhut Jolokia); both of them are moderately sweet with a floral fruitiness. 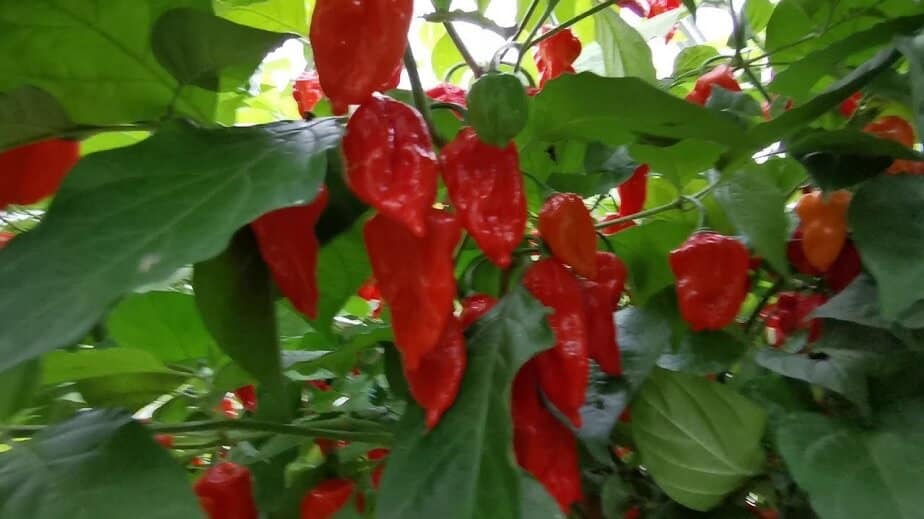 Where can you buy Dorset Naga?

This pepper is much easier to find in the United Kingdom, a popular staple in super-hot chili. You can buy the seeds online, preferably from Sea Spring Seeds, the original developer of this pepper.

Where is the Dorset Naga grown?

It’s developed and grown in West Dorset by growers Joy and Michael Michaud on their farm. They also sell seeds and peppers at Sea Spring Seeds, their online store. Ideally, this chili grows best in the UK climate.

It’s hotter than the hottest Scotch Bonnet which pecks in at 750,000 SHU on the Scoville Scale as compared to 1,598,227 SHU of Dorset pepper.