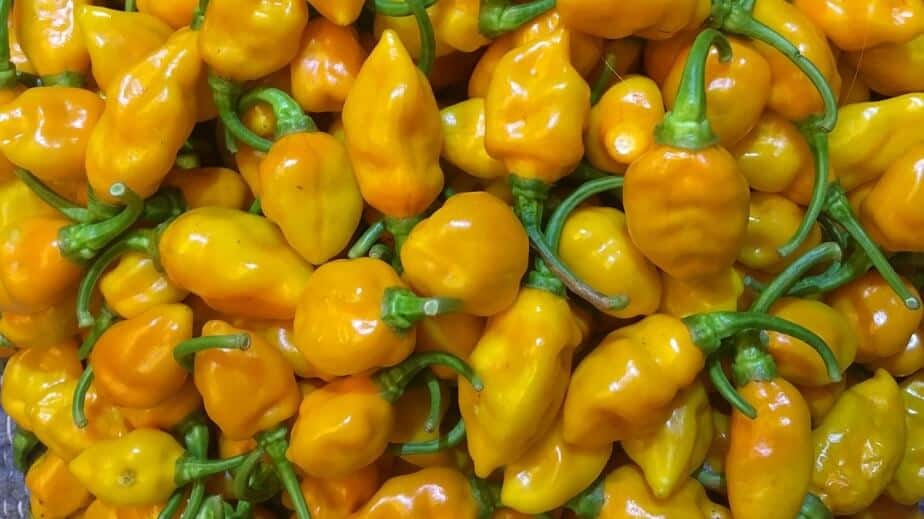 What Are Datil Peppers?

The Datil pepper is a green to golden-yellow aromatic hot pepper that is mainly grown and produced in St. Augustine, Florida. It’s a type of cayenne pepper that belongs to the species of Capsicum chinense.

Many myths and folklores attempt to explain the origin of Datil Pepper which still remains unknown for lack of evidence. Most certainly, it was brought to St. Augustine by the indentured workers from Menorca in the late 18th century.

The name “Datil” is derived from the Spanish and Catalan language meaning “date palm” as the shape of the pepper resembles the same.

Datil chili is popularly grown in backyard gardens by families in northeastern Florida. The seeds are quite scarce to buy commercially; you might get the Datil seeds from local farmers or on the internet.

It’s a medium-hot pepper with a heat level hitting around 100,000 to 300,000 SHU on the Scoville Scale and has a heat rating of 5 out of 10. The spiciness of the pepper is on par with the popular habanero chili. For comparison, other peppers that come in a similar range of heat are Scotch Bonnet, Bird’s Eye, and Jamaican Yellow Mushroom. In comparison to common Jalapeno, Datil is 50 to 60 times hotter.

The pepper is a bright yellow to golden-orange, elongated in shape with a length that varies between 1 and 3 inches (2.5 and 7.6 cm). As the name indicates, the shape of the pepper has a close resemblance to ripe yellow dates. Pods are thick-walled, fleshy, and have slightly pointed tips unlike cayenne with a long pointed tail.

As for the flavor, it’s a mix of both hot and sweet. Datil and habanero are equally hot poppers, but the former is flavorful with a pleasant sweet and tangy taste. Initially, you’ll enjoy its sweet and citrusy flavor for a few seconds and then it sneakily triggers the onslaught of strong pungent sensation that lingers for a minute.

What Are Datil Pepper Used For?

This chili is famous for the Datil pepper hot sauce, a condiment so dearly cherished by the chili lovers of Florida. The Minorcan cooks make a special condiment made out of this pepper with vinegar, jellies, and mustards.  “Bottled Hell” is a popular ketchup-based Datil sauce usually served along with seafood in eateries in and around Florida. “Dat’l-Do-It” is yet another Datil pepper sauce that includes ketchup, brown sugar, and tomato paste. This pepper is an integral part of St. Johns County food culture, and you’ll find Datil chili in ketchup, hot sauces, mustards, barbeque sauces, jellies, and more. 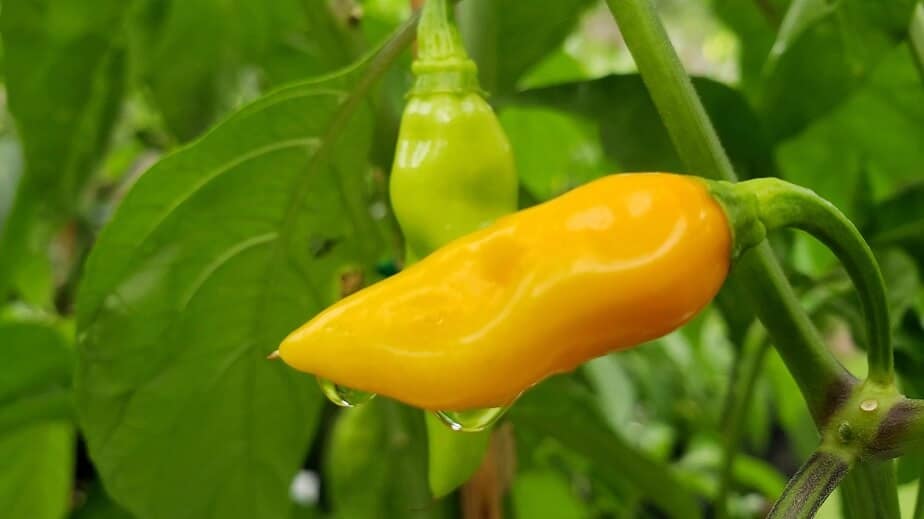 There is no concrete evidence on the exact origin of Datil pepper.

After the Treaty of Paris in 1763, Andrew Turnbull, a Scotsman, had obtained 100000 acres of land in Florida. Datil pepper, perhaps, came to St Augustine via any of the numerous families of workers (slaves) brought to Florida by Andrew Turnbull from places like Minorca, Mandingos, or New Smyrna.

Some others posit the arrival of the pepper from Cuba around 1880 when a jelly maker named S. B. Valls brought it to Florida.

In September 2013, a report presented to the St Johns County Commission by Daniel Cantliffe, a professor of Horticultural Sciences, stated that St Johns County is the place of origin of Datil Peppers. He stated that the earliest existence of pepper cannot be traced

in any part of the world except in St. Johns County.

Today, the city of St. Augustine is well known for the pepper and it has become a staple in Florida cuisine and culture. The tourism industry of St. Augustine gets good benefits from the commercially acclaimed Datil pepper sauce that occupies an enviable status in grocery and souvenir stores. Due to the overwhelming popularity of Datil pepper, in September 2013, the St. Johns County Board of County declared the first Saturday in October as “Datil Pepper Day”. This pepper is the official plant of St. Johns County”.

Is datil pepper hotter than habanero?

Datil and habanero peppers are equally hot as they have heat levels ranging between 100,000 and 300,000 SUH on the Scoville Scale. Taste-wise, Datil is sweeter and citrusy while habanero is more floral and fruity.

Are Datil peppers hotter than jalapenos?

The average heat of jalapeno comes around 5,000 SHU on the Scoville scale while that of Datil is 200,000 SHU; thus Datil is about 45 to 60 times hotter than Jalapeno.

How do you eat Datil Peppers?

They are best utilized in making sauce. In fact, Datil pepper sauce from St. Augustine is a world-famous chili sauce. The sauce is both fiery and delicious and can be just dashed over a wide variety of dishes, especially seafood and meat dishes. You can use this chili to spice up tacos, and sandwiches, swirl it into your stew or add it to a nice chunk of pork or beef.

What is Datil ranch dressing?

Datil ranch dressing is a combination of cream (buttermilk or sour cream), herbs (parsley, dill, thyme) plus a long pull of allium (onion and garlic) and a shot of Datil pepper. Infuse Datil into any hot dressing, veggie, or chip dip. This chili also can be added to a dry spice rub for fish, beef, or chicken.

Can you freeze Datil Peppers?

Yes. Like other cayenne-type peppers, you can preserve them for a long by freezing or dehydrating them. If you are going to freeze them, they don’t need to be blanched or washed.

What is a good substitute for Datil pepper?

The best substitute for Datil is habanero for it not only does have the same level of heat and similar flavor but is also easily available in most groceries across the world. The other worthy replacements for Datil chili are Scotch Bonnet, Bird’s Eye, and Jamaican Yellow Mushroom.

Where can I buy Datil Peppers?