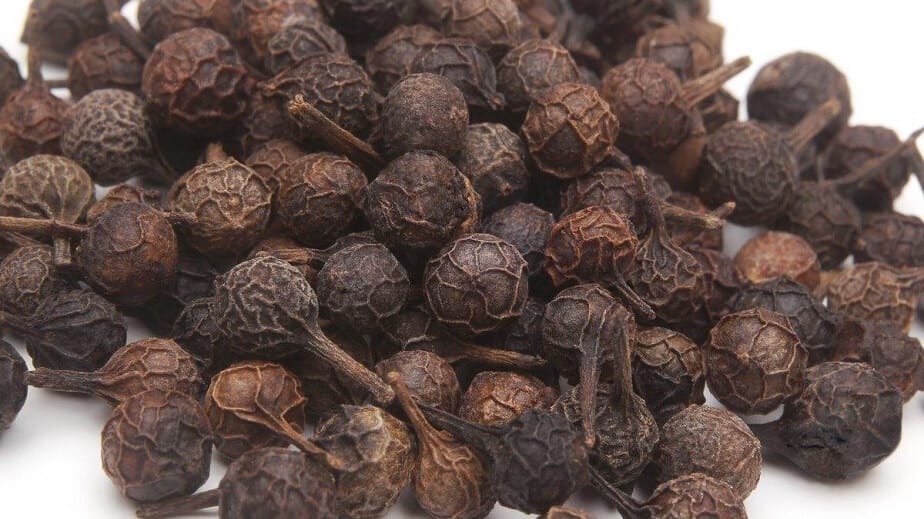 TABLE OF CONTENTS
What Is Piper Cubeba?
History Of Tailed Pepper
Glossary
What Do They Look And Taste Like?
Health Benefits
Uses of Cubeb Pepper
FAQs

What Is Piper Cubeba?

Piper cubeba, also known as cubeb pepper, Java pepper, tailed pepper, or Benin pepper is a plant in the genus of Piper. They are cultivated for fruits (peppercorns) and essential oils and are used in cooking, folklore medicines, cigarettes, and flavoring gin (spirits).

Cubeba spice, a rare Indonesian pepper, is vastly cultivated in Java and Sumatra, hence the name Java pepper. The peppercorns (berries) are gathered before they are ripe and carefully dried. The dried berries look similar to black pepper, but with a stalk (tail) attached, hence it’s called “tailed pepper”.  The berry-like corns have a sharp, astringent flavor with a strain of nutmeg-like spiciness.

Piper cubeba or tailed pepper is said to be originated in Java, Indonesia. The name “cubeb” comes from the Arabic “kabāba” by way of Old French “quibibes”. From Indonesia, around the 11th century, it reached south India and from there the Arab traders popularized this pepper in Europe and Africa.

John Parkinson, a well-known botanist, tells that around 1640 the King of Portugal prohibited the sale of cubeb to promote black pepper (Piper ingrum). Since then, it has practically vanished from Europe which was once a very popular spice in West African and European countries. Today, on a limited scale, it continues to be used for seasoning foods, cigarette making, and flavoring gin. In fact, it was the international trade regulations of the early 17th century that ensured the loss of cubeb in the pepper war to black pepper.

The English name “Cubeb” is an adaptation of the Arabic word for this spice ““kabaabah”. In Indonesia, its place of origin, the spice is called “tjabé djawa.”

Raw cubebs are small, reddish-brown, irregularly shaped berries about 1/8 inch wide and are slightly larger than black peppercorns. These berries have a tiny tail that is the stalk that remains firmly attached to the corns when they are separated from the bunch. The dried pericarp has a furrowed surface and its color ranges from brown to black. Most berries are hard though mostly hollow inside; beneath the coarse skin, they are white and oily.

The taste of piper cubeba is described as pungent, acrid, and slightly bitter; like a cross between allspice and black pepper. The peppery qualities of this spice are marked by a pungent taste with a strong terpene aroma. Many describe the aroma to be dry-woody, spicy-peppery, and warm–camphora­ceous.

Cubeb is often used in traditional medicines to ease the symptoms of chronic bronchitis. It’s is also known for its efficacy in treating digestive ailments and is said to be beneficial for a certain parasitic infection in the intestines called amoebic dysentery.

The piperine compounds in this pepper are expected to cause a stimulating effect on the mucous membranes of respiratory and urinary tracts. This pepper is an excellent diuretic that helps to relieve water retention.

In England, cubeb was a popular natural remedy for treating gonorrhea, where its antiseptic action was of much value. The National Botanic Pharmacopoeia states that cubeb was an excellent remedy for flour albus or whites. Other benefits of this Indonesian pepper include the treatment of intestinal gas and cancer.

Note, despite its various uses in traditional medicines, none of the claimed benefits have any scientific backing, and extensive research is still needed to prove them. 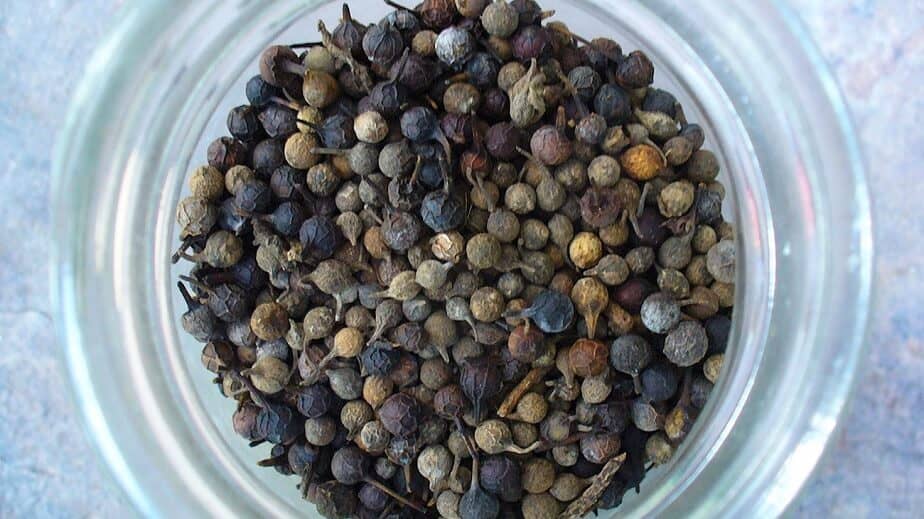 Once it was a popular ingredient in cuisines across the world till black pepper became popular. In modern Europe and America, the piper cubeb is rarely used in cooking except for the uses in gin and cigarette making.

Today, some Indonesian, Malaysian, and Moroccan cuisines use these berries. Also, they are still an important ingredient in some of the Middle Eastern, African, and Australian cuisines.

Just like the black pepper, ground cubeb pepper is good for seasoning meat and sauces. In the medieval era, cubeb was often candied and eaten whole; a popular aromatic candy. Ocet Kubebowy, vinegar infused with cubeb, garlic, and cumin is used as marinating meat in Poland.

Ground cubeb berries can be used to enhance the flavor of savory soups and dishes. The famed spice mixture Ras el hanout had this piper as an ingredient in its traditional recipe. Cubeb is often used in Indonesian curries (gules) as a flavoring ingredient.

Cigarettes and spirits: Some brands of cigarettes have cubeb oil as an ingredient; smoking these cigarettes is expected to reduce the symptoms of asthma, chronic pharyngitis, and hay fever. Cubeb is often used for flavoring gin along with other spices such as grains of paradise, coriander, cardamom, or anise.

Is cubeb pepper the same as black pepper?

No. Cubeb (Piper cubeba Linn) and black pepper (Piper nigrum) are members of the Piperaceae family of plants but have different flavors. Cubeb pepper is not as hot as black pepper. Black pepper contains a large amount of piperdine, which makes them more peppery in taste and aroma.

What can I use instead of cubeb pepper?

If you are looking cubeb berries substitute then use an equal amount of allspice berries, which is just an easily available replacement though they differ in appearance and flavor. Black peppercorns are also a good alternative to consider as they are similar to cubeb in appearance with some similarities in flavor.

What is Cubeb powder?

Is Cubeb a spice?