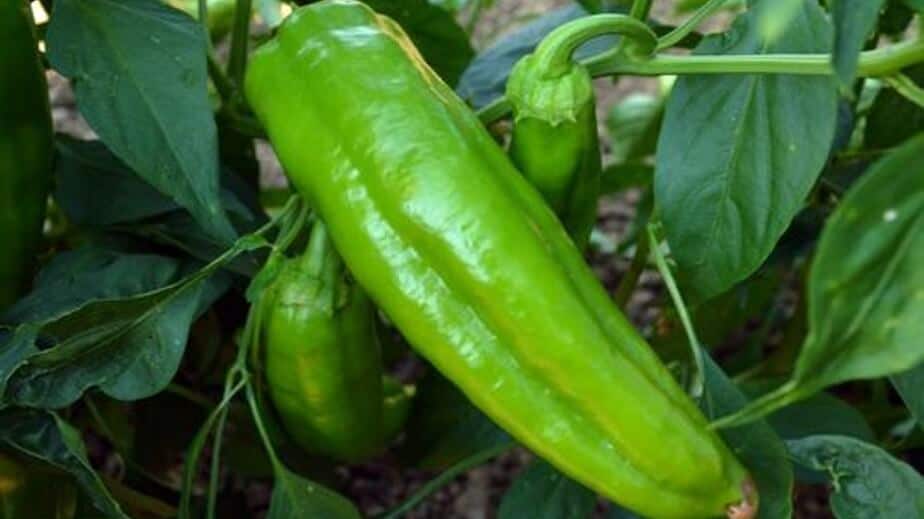 What Are Corno Di Toro Pepper?

The literal translation of the word “Corno di Toro” from Italian to English means “horn of the bull” or “bull’s horn,” and the name signifies pepper’s similarity in shape to a bull’s horn.

Basically, it’s an Italian Cubanelle-type heirloom pepper and has different varieties that come in orange, red, and yellow colors.

Corno di Torro chilies are descendants of sweet peppers from South America which were brought to Europe in the 15th century by Spanish and Portuguese explorers. Through cross-breeding and natural evolution, this pepper was developed in Italy and the Italian migrants carried this pepper to the United States in the early 1900s.

Today this pepper is grown in home gardens and small farms in Italy, other regions of Europe, and the United States. For Italian migrants living in different parts of the world, Corno di Toro chile is a symbol of their food heritage and a family tradition to grow this chili. In fact, you’ll find many Italian Americans still devotedly growing this chili in their home gardens and it reminds them of the family roots where they have grown from.

Bull’s horn pepper has a mild heat, ranging 0-500 SHU on the Scoville scale. Heat-wise, it falls in a similar range of peppers like sweet bell pepper, sweet banana pepper, Paprika, Mexican bell, and Pepperoncini. In comparison to common Jalapeno peppers, this pepper is 10 to 15 times milder.  As per the general Scoville standards, peppers that rank below 1,000 SHU on the Scoville scale aren’t considered spicy; they are more like sweet fruit.

The Corno di Toro chili plants are very productive and become heavily laden with peppers; often, the plant needs to be staked and tied. On average, the plant grows about 3 feet tall under good growing conditions.

The bull’s horn pepper is long, average 8-inch pod in a horn-like shape. Usually, the pods are curved, tapered, and pointed with thick shiny skins. Depending on the variety the pods mature from green to red, orange, or yellow. Underneath the skin, the flesh is thick, somewhat striated, and crisp; the central cavity is filled with pale red to ivory ribs and cream-colored round, flat seeds.

All love Corno di Toro chile peppers for their sweet, fruity flavor with very mild heat or not heat at all. The pepper tastes best when they are fully mature with crispy thick flesh inside. 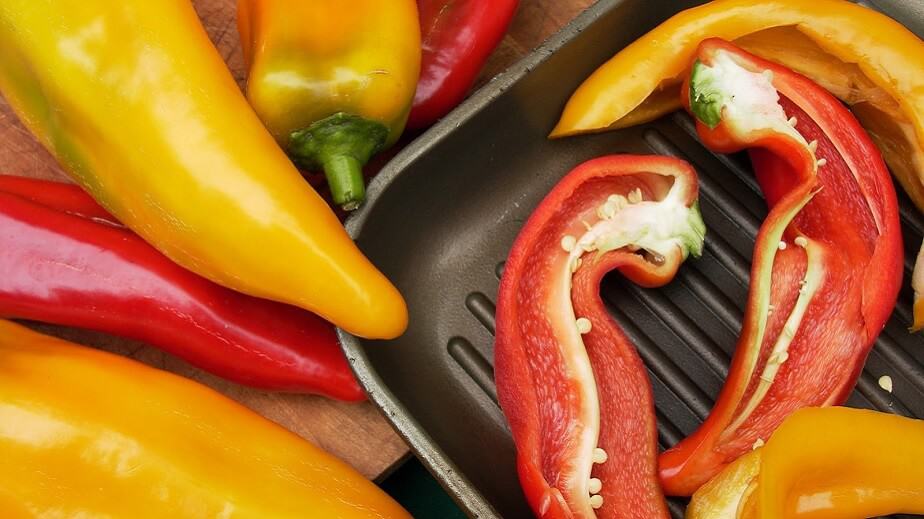 What Are Corno Di Toro Pepper Used For?

Like the sweet bell peppers, you can use this pepper in raw or cooked applications. Italians love to add fresh thinly sliced bull’s horn pepper to salads, sauces, and salsas. Often, sliced raw peppers are served alongside dips or cheeses as antipasti. Used as a traditional appetizer, fried in olive oil and seasoned with sea salt and parmesan cheese; grilled or roasted pepper is used on sandwiches, pizzas, and pasta. Most importantly, it’s a suitable pepper for stuffing with a combination of cheese, herbs, and pasta or rice.

Many Italian homes store this pepper in dried, frozen, or pickled for use in the winter.  Fresh peppers will keep for 2 weeks when loosely stored whole in a plastic or paper bag in the refrigerator.

The plant grows up to 3 feet tall and 2 feet wide. It takes about 80 days to reach full maturity.

What are the best substitutes for bull’s horn pepper?

For further reading, follow the link to find out all facts on Chocolate Habanero on this blog.