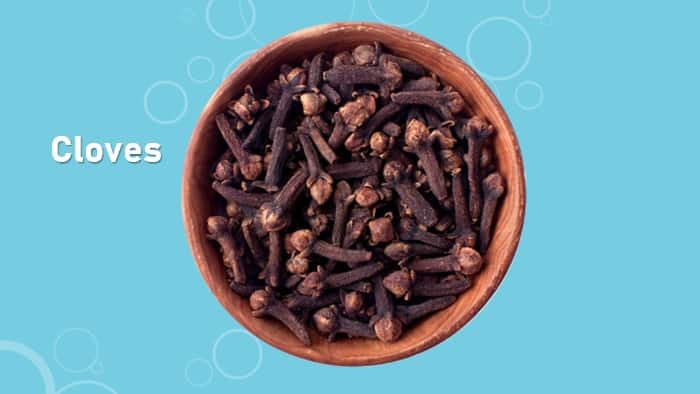 Occasionally, every chef meets the situation of missing an important ingredient while cooking. If you’ve run out of whole or ground cloves, you might want to look for a clove substitute for sure.

But if you have no clove at all, are allergic to it, or you want to try something else altogether, then there are other spices to use as substitutes for clove.

TABLE OF CONTENTS
Clove: A Brief Overview
Taste of Cloves
Use of Clove in Cooking
Best Clove Substitutes

Cloves are the buds of an evergreen tree in the myrtle family, fittingly named syzygium aromaticum. They are native to the Maluku Islands (or Moluccas) in Indonesia.

The word ‘clove’ comes from the French word ‘clou’ which means ‘nail,’ as the shape of a clove bud appears like a nail or tack.

This popular spice is used in cooking and several traditional medicines. Interestingly, this spice is also used for making a type of cigarette called ‘kretek’ in Indonesia that is quite popular across the world.

For industrial uses, the clove is an excellent ant repellent because of the bioactive chemicals in it.

Cloves have a sweet, warm flavor, and are intensely aromatic. Their strong flavor is one of the most penetrating of all spices.

The astringent quality of cloves causes a numbing sensation in the mouth if you chew them. Often, it is recommended as an instant natural remedy to soothe the aching tooth.

Most people find their flavor to be strong, sweet, pungent, and almost hot.

The truly distinctive and aromatic flavor of clove makes it a wonderful addition to numerous recipes across the globe.

The chemical ‘eugenol’ present in cloves is the governing factor of its taste and aroma. Eugenol is a highly potent chemical compound, and for this reason, few cloves are enough to flavor your dish.

Use of Clove in Cooking

The fragrance and aroma of cloves make them an important cooking ingredient in numerous recipes across the world.

They’re traditionally used in dishes served in the fall and winter like pies, soups, turkey, and other poultry dishes.  Like cinnamon, cloves have a significant place in sweet dishes and baked goods.

In Asian cooking, it’s a must-have ingredient in most of the savory and curry dishes and spice blends like garam masala.

Using ground cloves have an advantage for it helps to disperse flavor evenly in the dish.

The clove is a key flavoring ingredient in many condiments, including Worcestershire sauce, pickles, ketchup, curries, and spice mixtures.

In short, cloves are a common ingredient in various recipes throughout the world from Spanish fig cake to German pfeffernüesse cookies.

This spicy ingredient is easily available in most grocery stores. Even so, occasionally every chef overlooks an ingredient in the recipe list only to realize the absence of it in the nick of cooking time. Reasons like allergy or incompatibility with other ingredients may also compel you to find an alternative for cloves.

Fortunately, it’s rather easy to find a substitute for cloves as a few other common spices do have a similar flavor profile. Let’s now look at a few of the most appropriate ones.

The sweet and peppery flavor profile of nutmeg is quite identical to that of cloves. Perhaps, it is the best ingredient that you can use in place of cloves.

Nutmeg is also a versatile spice-like clove that goes well with a variety of dishes, both sweet and savory.

Nutmeg has a slightly mild flavor than cloves. Preferably, use an equal amount of nutmeg for substituting cloves that your recipe calls for or start with less and if required add more in the latter part of cooking.

Allspice has a complex flavor profile that includes a bit of varied tastes that you get from cloves, nutmeg, black pepper, and cinnamon.

This spice isn’t a perfect match for cloves yet it has the punch and hotness of cloves. What differs between them is the sweetness of cloves and peppery overtones of allspice.

In a pinch, you can easily use the versatile allspice instead of cloves. This substitute can also very well complement most other spices included in your recipe. Use allspice in savories, meat dishes, sauces, or curries. But don’t use this spice in sweet recipes for its strong peppery note.

Use allspice in a 1:1 ratio in place of cloves in your recipes.

A sweet and woody flavor, cinnamon has a slight citrusy note that somewhat matches clove. Cinnamon is slightly spicier than clove but less sweet. In an emergency, this spice can still do good work in most recipes that call for clove.

The downside is that cinnamon lacks the powerful fragrance of cloves with sweet-spicy and fruity top notes. Therefore, to mimic the aroma of cloves, add some vanilla powder to cinnamon. You can swap cloves with this spice blend especially in sweet dishes like desserts.

Cardamom has a unique, strong taste, with an intensely aromatic, resinous fragrance.

The citrusy and herbal flavor of this spice isn’t as sweet as cloves.  When used alone, it’s not a perfect replacement for cloves for sure. All the same, using a blend of cardamom and cinnamon is a great substitution for clove especially in savory dishes, meat dishes, and curries.

Take both these spices in equal measure to make the blend. Use it in a one-to-one ratio in place of clove.

Mace is nothing but the red coating that encases the nutmeg kernel in dried form. Basically, it tastes like nutmeg that has a close affinity to clove.

Use the ground mace to substitute cloves in savory dishes, curries, or meat dishes.

Note, mace becomes bitter if cooked for a lengthy time, so add mace to your dish at the last minute of cooking. As a stand-in ingredient for clove, use it in a 1:1 ratio.

Clove, known for its warm and spicy flavor, is a must-have ingredient in several of your favorite recipes. Instead of cloves, use nutmeg or allspice in your recipes. In an emergency, you may also try a blend of cinnamon and vanilla or cardamom and cinnamon as a clove substitute. As a last resort, use any spice blends like pumpkin pie spice or others that have clove as a major ingredient.

What can I use instead of jerk seasoning?

What to do if I don’t have cumin for my recipe?

How to use cloves in place of star anise?

See this list of all common spices and their substitutes

What is a good substitute for ginger?